Dark Side Of NGO

Since the 1980s, non-governmental organizations (NGOs) have expanded throughout the world, opening up an important political, cultural and socio-economic space in almost every corner of the globe. 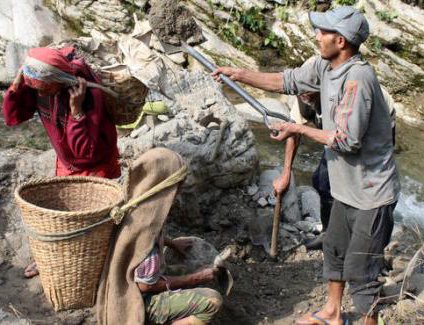 NGOs are considered to be an important means of connecting with the public. There is no doubt that these non-governmental organizations have played an important role in the development of socio-cultural consciousness and curiosity in the country. However, due to the overwhelming nature of NGOs, questions have started arising regarding their functionality. More questions are being raised about International NGOs (or INGOs) and their loyalty towards the nation. Due to not adhering to foreign donation rule, restrictions are being imposed on some NGOs.

Since the 1980s, non-governmental organizations (NGOs) have expanded throughout the world, opening up an important political, cultural and socio-economic space in almost every corner of the globe. It is estimated that there are now more than 10 million NGOs on the planet. According to information officer of SWC Nepal has 480090 NGOs and 230 INGOs as of 2075. This number is what the government has in their database. There is one NGO for every 600 people in Nepal.

Combating poverty and illiteracy, protecting the environment, health issues, promoting civil liberties, protecting human rights and educating people are indeed good aspects of non-profit organizations but like two sides of the same coin, NGOs also have a dark side. Actually, NGOs working on such a large scale in a small country like Nepal is a reflection of the government’s failure. If the government is weak to solve a problem of the nation, the workers themselves could take up the task of solving the problem. This would create possibilities of improving the government. NGO or non- governmental organizations can be considered an important part of the country, as they are operated both by the government and by subscribing to citizens of developing countries like Nepal.

NGOs are considered as an inconsistent institution in fighting for the principles of transparency and public accountability. On the one hand, many NGOs speak out against the importance of transparency and accountability in every public policy, yet at the same time, NGOs themselves are not transparent and accountable to the public, including staff and beneficiaries of the program. No wonder the anomaly then makes some people busy asking: “How and what exactly are these NGOs working on?” Other intriguing questions that have been raised are questions like “what do the NGOs search for from some of its controversial publications?” Some of these questions ultimately summarize a number of weaknesses and criticisms for these NGOs.

The negative image of the NGO phenomenon is still quite warm today if you look at the history of the new order of the NGO (Non-Governmental Organization), which sounds quite ‘haunted’. In that sense, anyone working in an NGO should be ready to be labeled as ‘enemy’ state, and therefore is to be considered as a fighter for the interests of the people.

Why should foreign assistance be provided to non-governmental organizations working in the country? It is also a matter of pride for the country. How long are we to continue spreading a begging bowl in front of other countries to resolve problems discovered by them? What is the capacity of people who want to work for their country to solve problems related to their own country? If a single group of people in the country is not getting any kind of monetary support, how can such organizations claim to work for the country? This is the situation in Nepal. The government needs to investigate the activities of all the NGOs receiving foreign aid so that a fair society and a national social aid fund can be established to assist organizations that do real social work and have outcomes as proof of their work.

There is no such area in Nepal where NGOs have not set their footprint. According to a study done, NGOs and INGOs in Nepal have made an annual income of more than 35 billion rupees in areas including empowerment of human rights, women, education, tribal, diminished, poor, and excluded and marginalized communities. Mainly USA, UK, Italy, Germany, France, Switzerland, India, and other countries are running the INGOs.

Foreign debt is a serious problem for the government. If a country has foreign debt problems, other debt-related problems arise with regard to principal and interest payments on these foreign debts. The government should seek to increase export and growth of these foreign exchange reserves (to higher income countries) so that debt habit can be reduced. Better and creative utilization of existing resources is not dependent on any assistance or aid from foreign nations.

Dangers of Foreign Assistance or Foreign aid for financial development are
the most dangerous path for countries of the entire world. Mankind will continue to suffer as long as they take foreign aid, as this type of debt makes the country developed from the outside but empty in the inside. And if the country is debt-ridden, the citizens suffer the most as they become handicapped.

Nepal has not been able to escape the debt trap. Dark times are not waiting for us in the future, but are already present. This does not mean that situations will stay like this forever. Our nation is naturally rich and with education and opportunities, the younger generation can help build an independent country, which never has to search and then beg for aid from foreign nations. An independent country will always give way to independent people.

PM Deuba Received A Telephone Call from US Secretary Of State By NEW SPOTLIGHT ONLINE 3 days, 9 hours ago