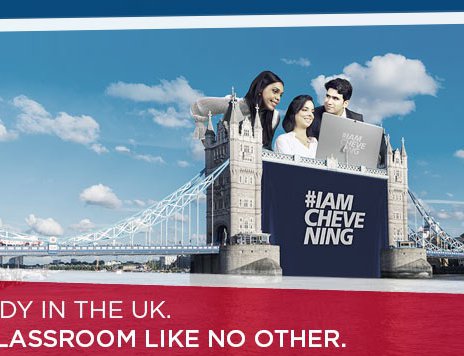 Chevening Scholarships are awarded to individuals with demonstrable leadership potential who also have strong academic backgrounds. The scholarship offers full financial support for future leaders to study for any eligible master’s degree at any UK university whilst also gaining access to a wide range of exclusive academic, professional, and cultural experiences.

Over the last 35 years, 50,000 outstanding professionals have had the opportunity to develop in the UK through Chevening. There are more than 1,500 scholarships on offer globally for the 2019/2020 academic year, demonstrating the UK’s ongoing commitment towards developing the leaders of tomorrow.

British Ambassador to Nepal Richard Morris said,“Chevening Scholars have risen to positions of influence and contributed substantially to Nepal. We’re delighted they chose to study in Britain, and that they have so willingly shared their experiences on return. It has been great to meet many of them during my time in Nepal.

“We are looking for ambitious, professional, forward-thinking leaders from any walk of life. There is no such thing as a “typical” Chevening Scholar- but one thing all of our previous scholars have in common, is that they were bold enough to step forward and apply.

“If you are chosen for Chevening, you will receive a first-rate UK education, which can open doors in your career. You will also become part of the global Chevening Alumni network, a group full of dynamic influencers who have shared the same experience as you will, and can offer mentorship, advice and contacts.

“There is a lot to potentially gain from submitting a thoughtful application. So, if you, or someone you know, has what it takes to be a Chevening Scholar, I would encourage you to apply before the 6 November deadline.” 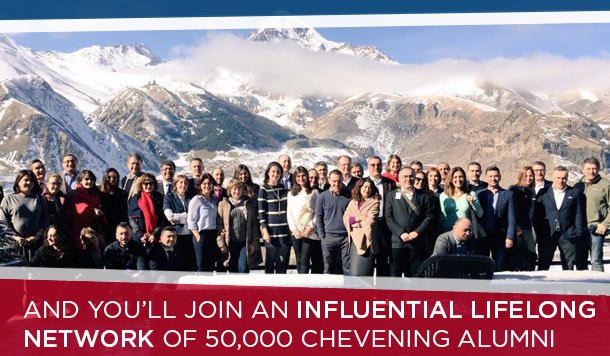 According to a press release issued by the British Embassy, the call for new applicants follows the selection of nine scholars from Nepal, who won an award to study at a UK university this year.

Chevening began in 1983 and has developed into a prestigious international awards scheme. Chevening Scholars come from over 160 countries and territories worldwide. More than 1,600 scholarships were awarded in 2018/2019. There are over 50,000 Chevening Alumni around the world, who comprise an influential and highly regarded global network.

Chevening is the UK Government’s international awards scheme aimed at developing global leaders. Funded by the Foreign and Commonwealth Office (FCO) and partner organisations, Chevening offers two types of award – Chevening Scholarships and Chevening Fellowships – the recipients of which are personally selected by British embassies and high commissions throughout the world.

Chevening offers a unique opportunity for future leaders and influencers from all over the world to develop professionally and academically, network extensively, experience UK culture, and build lasting positive relationships with the UK.

Applications for Chevening Scholarships and some Fellowships are open on 6 August 2018 for opportunities to study in the UK in 2019/2020.

The name 'Chevening' comes from Chevening House in Sevenoaks, Kent – the official residence of the UK’s Foreign Secretary.

Madhesh Based Party Demand To Include Its Agenda In The Amendment
May 27, 2020
Anti-viral Drug Remdesivir Appears Promising To Treat COVID-19
May 27, 2020
Global coronavirus Cases Top 5.5 Million: Johns Hopkins University
May 27, 2020
Twitter Tags Trump Tweet With Fact-checking Warning
May 27, 2020
Congress Leader Gandhi Demands Government Clarity On Border Issue With Nepal
May 27, 2020