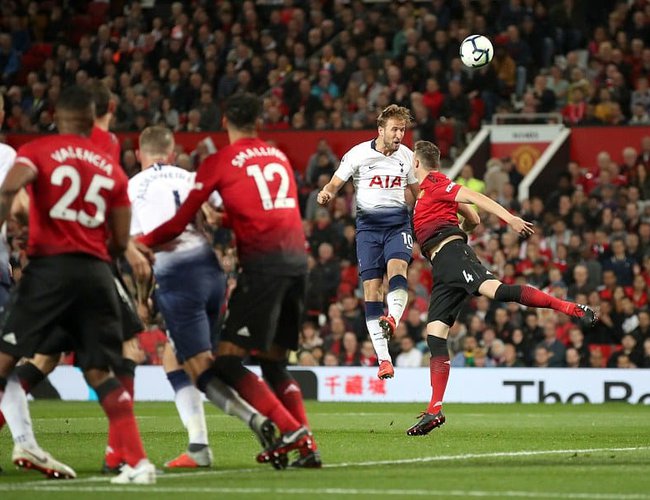 It was an impressive, clinical performance from Mauricio Pochettino’s Tottenham, with all three goals coming after the break, and it left United and Mourinho facing very searching questions.

United have lost two of their opening three games of the season and conceded six goals in the last two games.

After the debacle of last week’s 3-2 defeat by Brighton, Mourinho made six changes and dropped both central defenders, Eric Bailly and Victor Lindelof.

With first starts of the season for Antonio Valencia, Ander Herrera, Nemanja Matic and Jesse Lingard there was a stronger look about United.

Mourinho opted for a three-man defence with the recalled English pair of Chris Smalling and Phil Jones joined by Spanish midfielder Ander Herrera.

United initially showed promise in an even first half with Brazilian Fred finding plenty of space they and should have taken the lead through Romelu Lukaku after he was presented with a gift of a back-pass from Danny Rose.

After rounding Hugo Lloris, however, the Belgian striker screwed his shot just wide. 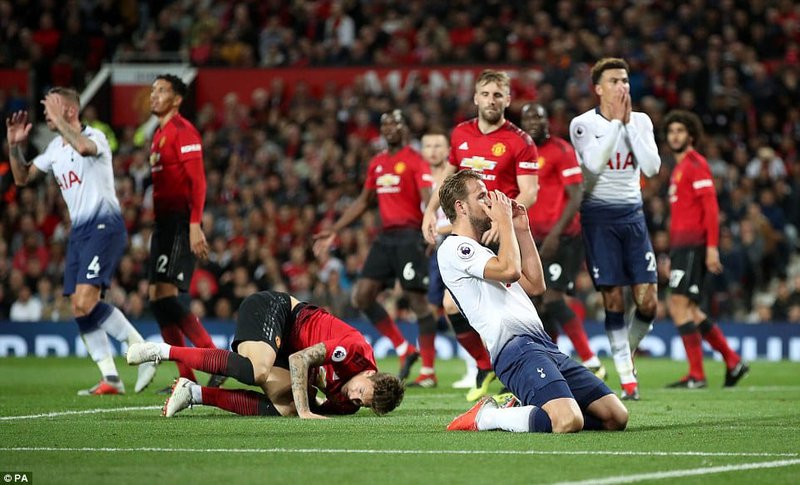 Spurs struck twice inside the first seven minutes of the second half as they maintained their 100 percent record.

Harry Kane shrewdly backed away before attacking the ball as he leapt above Jones to head home a Kieran Trippier corner in the 50th minute and two minutes later Moura slipped the ball home after a fine break and low cross from Christian Eriksen.

Moura wrapped up the victory, waltzing past Chris Smalling with ease before confidently drilling the ball past David De Gea. 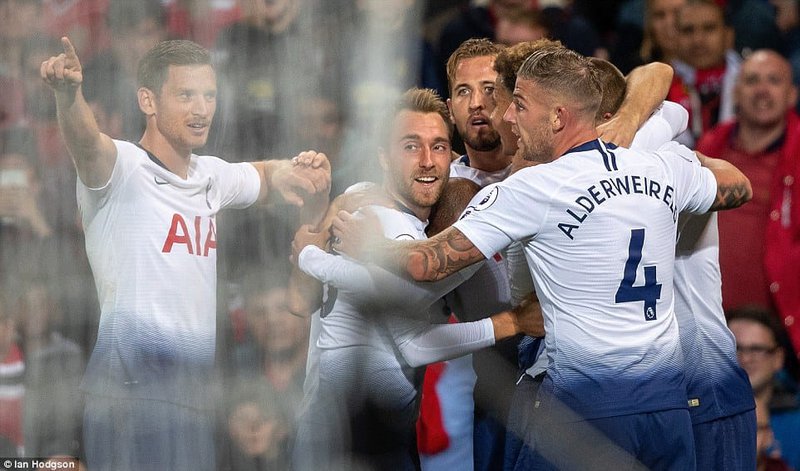 Mourinho, taunted by Tottenham’s fans predicting his imminent sacking, left the field by standing in front of the Stretford End and applauding the smattering of home supporters left in the famous home end.