With Indian Prime Minister Narendra Modi inaugurating an Inland Waterway in Ganga, an opportunity seems to have opened for Nepal 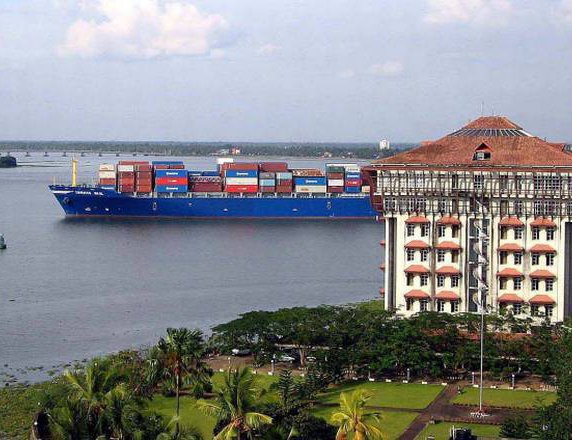 As Nepal’s three immediate neighboring states of India, Bihar, Jharkhand and Utterpradesh, have turned from landlocked to sea-linked lands following the opening of Ganga inland water way, it has also opened new opportunities for Nepal to link it with sea via Ganga.

Currently, Nepal has to cross over 700 kilometers to reach Kolkata or Haldia terminal from the land route. After opening of Shahebgunj terminal in Jharkhand, which is one of the terminals under construction on Ganga river, it will reduce the distance almost three fourths. The distance between Shabegunj and Biratnagar is 150 kilometers.

Nepalese experts said that there is a possibility to utilize current Kosi and Gandak rivers for navigation by dreading the Kosi and Gandak rivers. “Although Kosi and Gandak carry the highest volume of siltation and leave it to plain creating various channels of river, the channel can be maintained dreading rivers,” said Madhav Belbase, joint secretary of Water and Energy Commission and leading Nepali team to talk with India. “If we maintain up to 2 meter depth, there is possibility to operate ship up to 600 metric tons,” said Belbase. As the rivers pass through India, we need India’s goodwill to open the river navigation.

Once completed, Nepal-bound cargoes from third countries can be transported from Kolkata to Varanasi that can be then brought in to Birgunj and Bhairahawa via rail and roads. The completion of terminal building in Kalughat and Shaibgunj in Bihar will also pave the way for the inland waterways between Nepal and India, the officials explained.

Nepal and India have already held a meeting a few months ago and agreed to continue the talk to open the possibilities. During the first round of meeting, several alternatives came under discussion between Nepal and India on the modality of the waterways.

The Indian side has also proposed transporting goods on big vessels through the Kolkata-Shaibgunj waterway and ferry them using small ships up to the Nepal border. Besides, Nepal can bring in goods by road using the 150km Shaibgunj-Manihari-Birgunj corridor. India has also proposed the use of cross-border railway lines which are under construction at various border points.

A multi-modal terminal that India is building in Haldiya, Kolkota, under the inland waterways project will handle 2.18 tons of cargo annually. It is slated to be completed in December 2019.

The Nepali team will also discuss this matter and explore how Nepal can use it, officials said. Nepal and India need to formulate and mutually agree upon the requisite procedures and modalities for including inland waterways as an additional means of transport in the Protocol to the Treaty of Transit between the two neighbors.

Other experts argue that there is the need of regulated flow of water and it is possible only building the high dams in Kosi. Along with this, Nepal also needs to amend the current trade and transit agreement with India to use Ganga waterways to transport goods.

The MMTs are being built as part of Government of India’s Jal Marg Vikas project that aims to develop the stretch of River Ganga between Varanasi to Haldi for navigation of large vessels upto1500-2000 tonnes weight, by maintaining a drought of 2-3 meters in this stretch of the river and setting up other systems required for safe navigation.

Container movement on an inland waterway in India is being done for the first time post-independence. The IWAI vessel, MV RABINDRANATH TAGORE transported 16 containers equivalent to 16 truckloads of food and snacks and is expected to reach Varanasi on 11th November 2018.

According to Government of India, the NW1 would enable commercial navigation of vessels with capacity of 1500-2,000 DWT. It is being developed under the Jal Marg Vikas Project (JMVP) from Haldia to Varanasi covering a distance of 1390 km.

As inland waterways are a cheaper and more environment-friendly means of transport, especially for cargo movement, Nepal’s current cost will decrease drastically.

The Ganga - Bhagirathi - Hooghly river system between Haldia (Sagar) and Allahabad (1620 km) was declared as National Waterway No.1 (NW-1) in 1986.

Since then Inland Waterways Authority of India (IWAI) is carrying out various developmental works on the waterway for improvement of its navigability and development and maintenance of other infrastructure such as terminals and navigation aids as laid down in the IWAI Act, 1985.

The Jal Marg Vikas Project (JMVP) is being implemented on the Haldia-Varanasi stretch of National Waterway-1 (NW-1) with the technical assistance and investment support of the World Bank, at an estimated cost of Rs. 5,369.18 cores (USD 800 million, of which USD 375 is IBRD loan) on a 50:50 sharing basis between Government of India and the World Bank.

Jal Marg Vikas Project (JMVP) from Haldia to Varanasi covers a distance of 1390 km. It is being developed with the technical and financial assistance of the World Bank at an estimated cost of Rs 5,369 crore on a 50:50 sharing basis.

Nepalese officials have been saying that the waterways will be instrumental to import and export big consignments, including raw materials for industry. Ministry of Industry, Commerce and Supply is preparing the groundwork on how to use the new inland waterways of India and develop waterways to link Nepal.

Prime minister K.P. Sharma Oli has already directed the officials to work to bring ships to Nepal within a year and his personal advisor is taking the initiative.