An Appeal To The Rt. Honorable President Bidhya Devi Bhandari 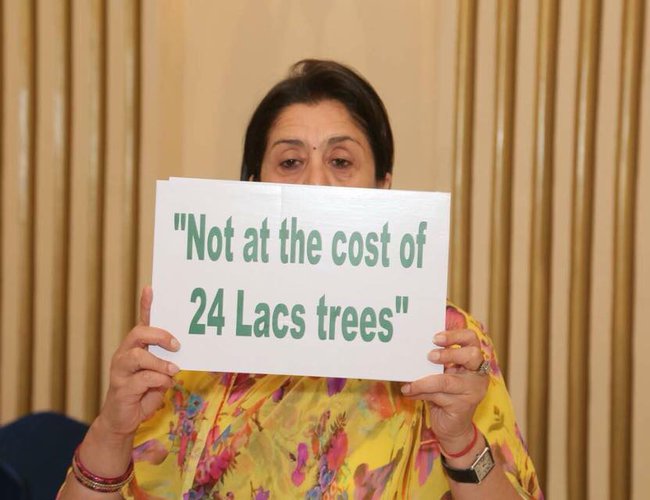 First of all, I would like to express my sincere congratulations to the Rt. Honorable President for representing Nepal as she takes part in the Katowice Climate Change Conference, in order to understand the importance of saving ‘Mother Earth’ for future generations.

Since the Rt. Honorable President was once the Environmental Minister, she is a perfect candidate to attend the conference on the Climate Change (UNFCCC) Conference Party (COP 24). 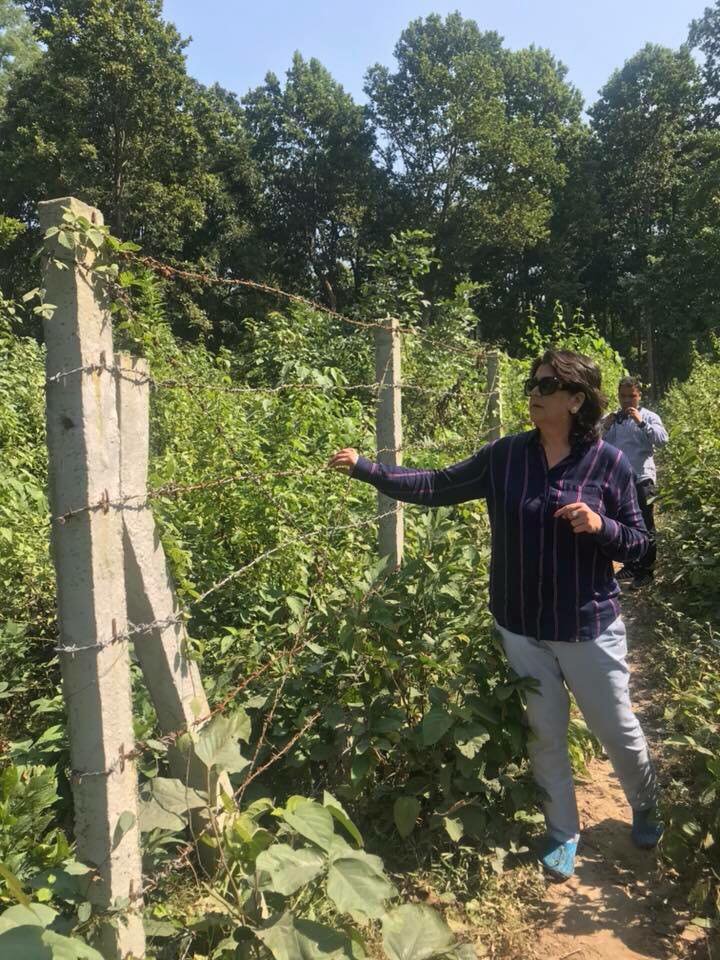 It is a great pride of Nepal to be be one of the pioneers on raising the number of tigers globally. Not only that, Nepal has many commendable records of zero poaching for the rhino population as well. Additionally, we are champions of developing community forests along with preserving our National Parks. As Nepal is blessed with natural jungle, it attracts tourists and nature lovers who are obsessed with our rich biodiversity, flora and fauna and rare wildlife.

Chitwan National Park falls into one of the world’s natural heritage sites where one-horned rhinos roam free, demonstrating to the world that Chitwan means ‘Heaven on Earth’. Returning to the conservation of the forests, Nepal is again a pioneer on preserving our national parks where everything is done to protect the various endangered species in the plant and animal kingdoms. With this in mind, the Rt. Honorable President could address the conference, quoting that Nepal continues to protect ' SHOREA ROBUSTA JUNGLE’, a type of tree which is slowly falling into the threatened species of trees worldwide.

Hence, by citing the commendable forest conservation history of ours, we are now talking of being able to attract the ‘carbon trade’ through protecting, preserving and promoting the natural forests. This way, we can accelerate our forestation campaign and discourage deforestation. On the subject of climate change, it has been proven now that we cannot save the climate without saving the forests and trees.

Current studies by environmental scientists suggest that preserving forests has an equally sound impact on climate change action, just as much as reducing the greenhouse gases by transitioning away from fossil fuel to adopt more renewable energy does. Recently, an IPCC report which was released by group of international scientists' highlights, “preserving forests is just as urgent as abandoning fossil fuel.”

It would be a golden opportunity for Nepal to address the summit, where the Rt. Honorable President could declare that Nepal is ready to take the lead in the preservation and protection of the natural forests to make a positive contribution on climate change. We are already blessed with natural jungles as the Nepali saying goes, ‘HARIYOW BAN NEPAL KO DHAN’.

Furthermore, a unique conservation program has already been launched called, ‘Rastrapati Chure Conservation Program’; it’s title highlights the role of the President as a leading figure for championing the importance of conservation and contributing it as a National program. Focusing on these agendas, Nepal could be a leader in alleviating climate change through preserving its natural forests and continuing to discourage deforestation.Main agenda of the conference is to pressure the need of tackling the climate change issue under the Paris agreement. The conference is also expected to finalize the rules of the Paris Agreement on climate change under the Paris Agreement Work Program (PAWP) .

It would be a great pride of Nepal to highlight ' Nepal being pioneer on raising the number of Tigers globally. Not only has that Nepal had many commendable records of zero poaching for rhino population as well. As we all are aware we are champions of developing community forests too along with preserving our National Parks. As Nepal is blessed with Natural jungle to attract the tourists, nature lovers are obsessed with our natural jungle which is richest on bio-diversity, floors and fauna and rare wild life.

Chitwan National Park falls into world’s natural heritage site where one horned Rhinos run around with its single horn to demonstrate the world that Chitwan means ‘Heaven on Earth ‘. To go back to the conservation of the forests, Nepal is again pioneer on preserving our national parks being able to protect the various endangered, threatened vegetation, birds and animals . Not only that Rt. Honorable president can address the conference quoting that Nepal has still awesome protected ' SHOREA ROBUSTA JUNGLE’ which is slowly falling into threatened species of the Trees worldwide .

Hence citing so many commendable forest conservation histories of ours, we are now talking of being able to attract the ‘carbon trade ‘ through protecting , preserving and promoting the natural forests and can accelerate our aforestation campaign discouraging the deforestation . While talking about climate Change, it has been proved now that we cannot save the climate without saving the forests and trees.

Recently an IPCC report which was released by group of international scientists, highlights ‘preserving Forests is just as urgent as abandoning fossil fuel .

It would be a golden opportunity for Nepal to address by Rt. Honorable to the summit by declaring that Nepal could take the lead to be champion or leader to preserve and protect the natural forests to contribute on climate change as we are already blessed with Natural jungle as we say ‘HARIYOW BAN NEPAL KO DHAN‘.

Not only that there is a unique conservation program launched already called ‘Rastrapati Chure Conservation Program which highlights the role of President as savior of nature contributing as National program under the title .Focusing on these agendas, Nepal could be leader on contributing to climate change through preserving the natural forests and launching more a forestation by discouraging the deforestation . 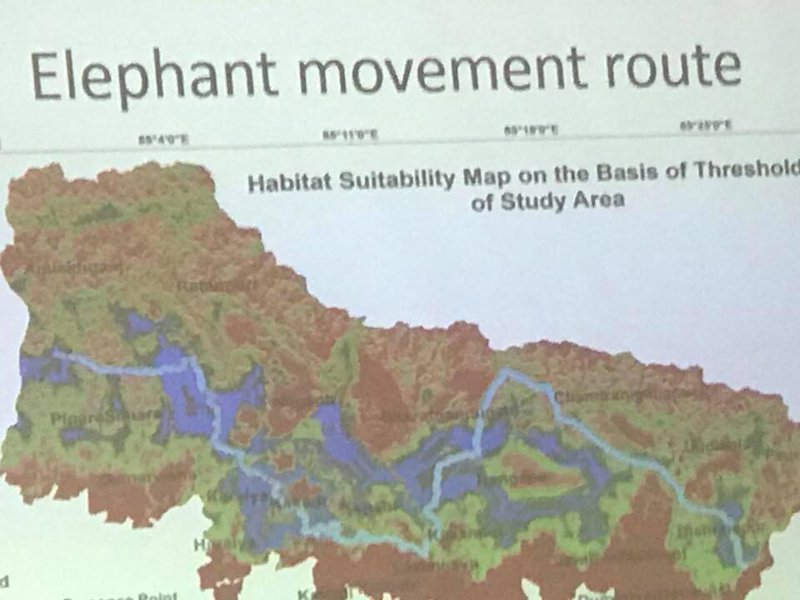 Talking about all this conservation of forests, I am bound to humbly appeal to the Rt. Hon President to please help us save the most beautiful natural forest in Charkose Jhadi of Neejgadh. The construction of a second international airport would be wiping out this rich biodiverse area, along with 24 lacs trees where 8000 hectares of land and forests would be destroyed. Out of the 24 lacs trees to be chopped down, around 52 percent of them are the rare ‘SHOREA ROBUSTA’, or Sal trees.

These Sal trees are only able to grow through a natural process which takes more than 80 years to reach its rotational age. 23 species of threatened vegetation will also be wiped out with the clearing of the jungle. Neejgadh Jungle is a main corridor for animals, particularly for Asian elephants; if their route was blocked it would create havoc. Not only that, Parsa National Park, known for its large numbers of tigers, will be severely affected by sound pollution and disturbances. Halkhori Daha of Parsa National Park is a vital wetland where large numbers of Asian elephants and tigers enjoy bathing and swimming. With this construction disrupting so much wildlife and vegetation, how can Nepal claim to be champions of conservation?

Similarly, 500 species of birds are found in this beautiful jungle which means they will be affected too. The entire jungle between Lal Bakaiya and Pasaha will be destroyed, potentially causing the region to have a high risk of flooding. Considering the huge ecological and environmental damage that could occur, it would be best if we prioritise taking time to seek out alternatives before destroying our virgin jungle, Neejgadh. 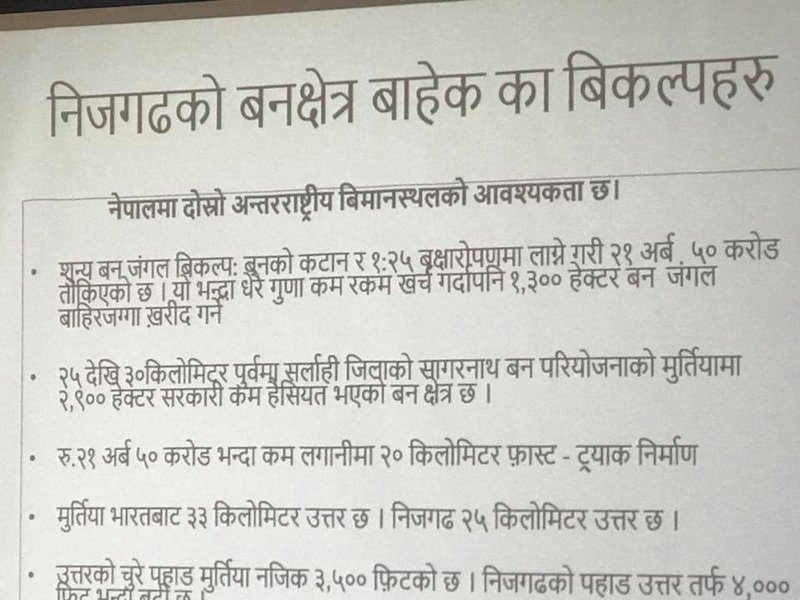 The need to construct another international airport is as urgent as preserving our natural jungle of Neejgadh. We can reduce the size of the airport and forget about building an airport city all at the ‘cost of 24 Lacs Trees.’ The extent of the construction sounds like a huge massacre of Nature to me.

All we need to do is reduce the size of the airport and look for alternative sites. For example, a few have already suggested Murtiya (Sagarnath Ban Bikash Pariyojana), where there is enough land for an airport to be built with zero natural destruction. We need to go for a location based on thorough Environmental Impact Assesment (EIA) as soon as possible, or look for other options without delay.

I hope this issue of preserving the natural pristine jungle of Neejgadh can be solved. Only through the Rt. Honorable President, who knows the value of preserving nature for future generations, can change be sought. 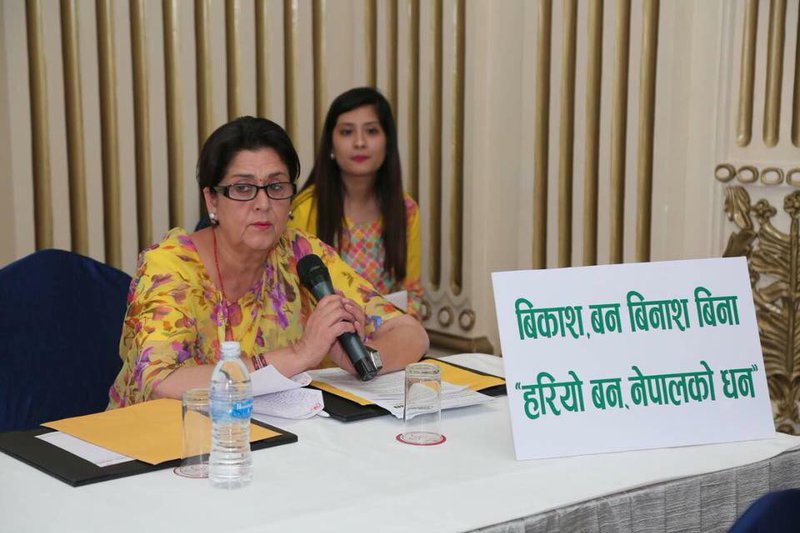 Book Review: The Backfire In Nepal: How India Lost Plot To China By Rishi Gupta 4 hours, 13 minutes ago

Rape: A Sickening Problem In Nepal By Nimisha Gautam 4 days, 2 hours ago

Low Politics In The High Himalayas By S. Ramesh 5 days, 2 hours ago