But for Daly Jung Thapa, who was the first full-time Nepali student to pass the academic civil engineering from Thompson College of Engineers, Roorkee, in 1911 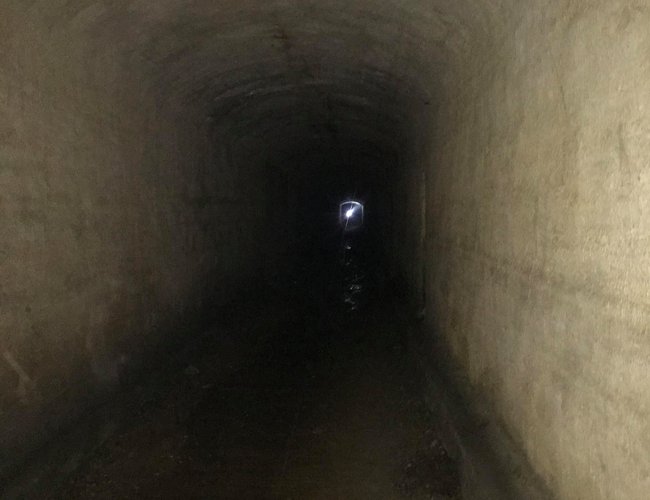 When there was no motor link of the Terai with the capital, a vision to open the golden gate of development was made 102 years ago by then Government of Nepal, at the Premiership of Chandra Shumsher Rana. Pioneer Chief Engineer Brig Colonel Daly ( Dilli ) Jung Thapa was assigned the Project Chief to construct this masterpiece of development. Thapa not only engineered this most challenging task but constructed the first pilot Bhimfedi Track road, including first Railway, of Amlekhganj, and first Ropeway of Nepal.

There is no doubt it was one of the most challenging tasks to construct the Tunnel at Churia hill because as we know the soil of Churia is soft and the range had a thick forest with wildlife present at each nook and corner. But for Daly Jung Thapa, who was the first full-time Nepali student to pass the academic civil engineering from Thompson College of Engineers, Roorkee, in 1911. He was nominated as Ghar Kaj and Sadak Kaj Chief when he took the project to construct the Tunnel . He had set up the camp at the Churia range and loved to stay at the camp for months to accomplish his dream to link Kathmandu with Terai .

While undertaking the project, he had a dream that Churia Devi asked him not to interrupt her way, hence he installed the idol of Churia Mai with the help of Tantriks from Kathmandu. He used to start his work each day with pooja at Churia Mai, which is still renowned for pooja. His dedication for the motherland to open the Golden Gate of development through his pioneer engineering made it possible to accomplish the construction of 500 5 Churia Tunnel in 2017 BS, which surprised even Tony Hagen, who was crossing the dense forest en route to Kathmandu.

When he was asked to use a vehicle to reach Kathmandu via the manmade Tunnel, the first Tunnel not only of Nepal but of Asia as a whole, he could not believe it and admired the skill of engineering (which he has mentioned in his book, Himalayan Kingdom). Engineering of the Tunnel not only surprised Tony Hagen but it has surprised recently a group of Roorkee Alumni headed by Tuk Lal Adhikari, who were not aware that a Roorkee Genius Chief Eng Brig Colonel Daly ( Dilli ) Jung Thapa had already constructed this Churia Tunnel as the First Tunnel of Nepal, which has survived Two Mega Earthquakes in the soft soil of Churia too. It was a blessing from God or more than that -- I would like to believe that it would be the wish of my beloved Grandfather Daly for the Roorkee fellows to save this tunnel, which is damaged at the entrance due to the delay in its maintenance.

My brothers Arjun Jung Thapa, Janak Jung Thapa, Pradeep Singh, my sister Jyoti Rayamajhi and pragot are thrilled when they knew these renowned engineers from ITECO, including a few Tunnel experts, were from Roorkee Engineering College. It has been almost two years since we had been coordinating with Hetauda Metropolitan City, in Province 3, and Department of Archeology to repair the damage as soon as possible. Chief minister of the province Dor Mani Poudel, Mayor of Hetaunda Hari Bol Mahat and B.K Shrestha are very keen on preserving the tunnel as a historical monument of development built 102 years ago and still intact after two powerful earthquakes. When we went inside the Tunnel, for the 6th time for me, and first time for a few of these Roorkee products, we could not stop going further and further. The Tunnel built at that time of hardship was indeed a blessing for the development of the country, the engineering was so amazing that all were thrilled and no doubt it was the best moment for me and my family. I would like to express my sincere gratitude to Chief Minister Dor Mani Poudel and Mayor Hari Bol Mahat for undertaking the project of renovating the tunnel and declaring it as historical important infrastructure built 102 years ago and developing it as a Tourist centre of the region. After the report from survey of the tunnel very soon, Churia Tunnel would be declared as a historical monument of the region amidst an inauguration of it by Province Three and Hetauda Metropolitan City.

At the end I must say the Department of Archeology is always supportive to the project when we visited them for assistance. It was a very fruitful meeting indeed with Chief Minister and Mayor of Hetauda because, as I have mentioned earlier, the Tunnel made by a Roorkee product was looked after for renovation by a group of Roorkee alumni as per the request by the Chief Minister and Mayor of Hetauda. Waiting for the day of celebration when this historical tunnel would be retrofitted, as I believe, one who cannot respect the history cannot create new history .. it reminded me of a song which was told by my father Keshav Jung Thapa to me when Tunnel was built -- a song was composed on it, “Hamra Raja Kya Akaldari Surung Khane Churia Bhwang Pari”. Indeed it was one if the most challenging tasks! 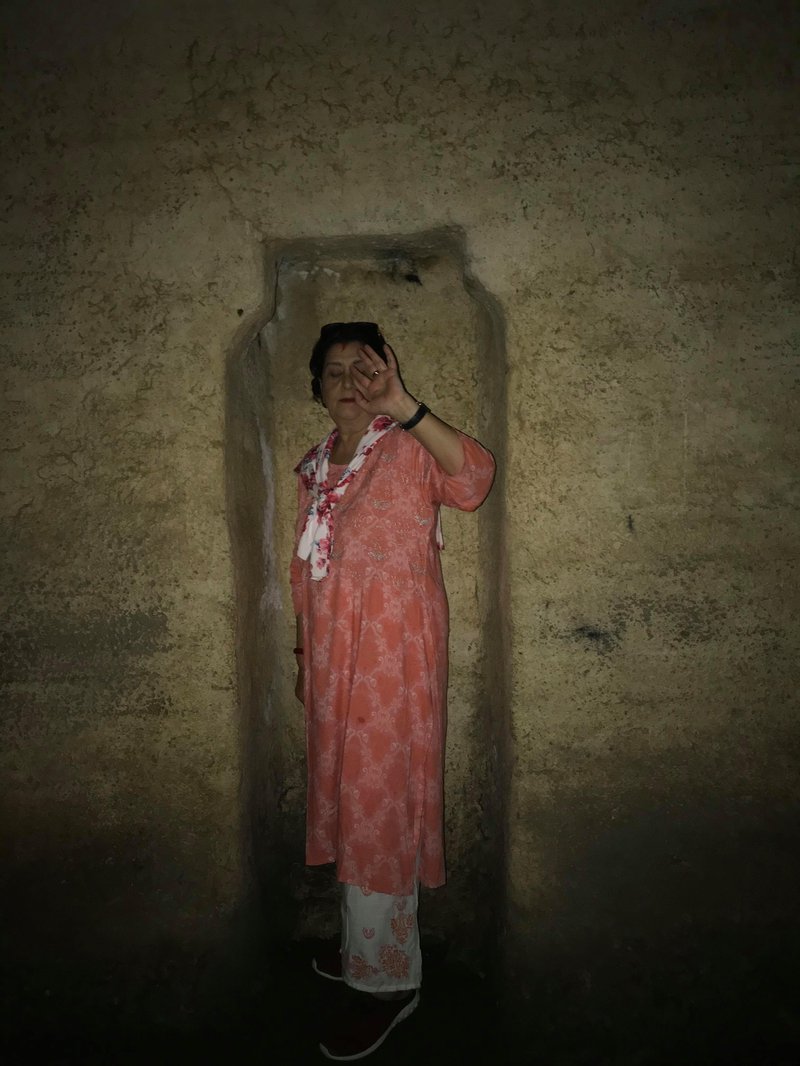 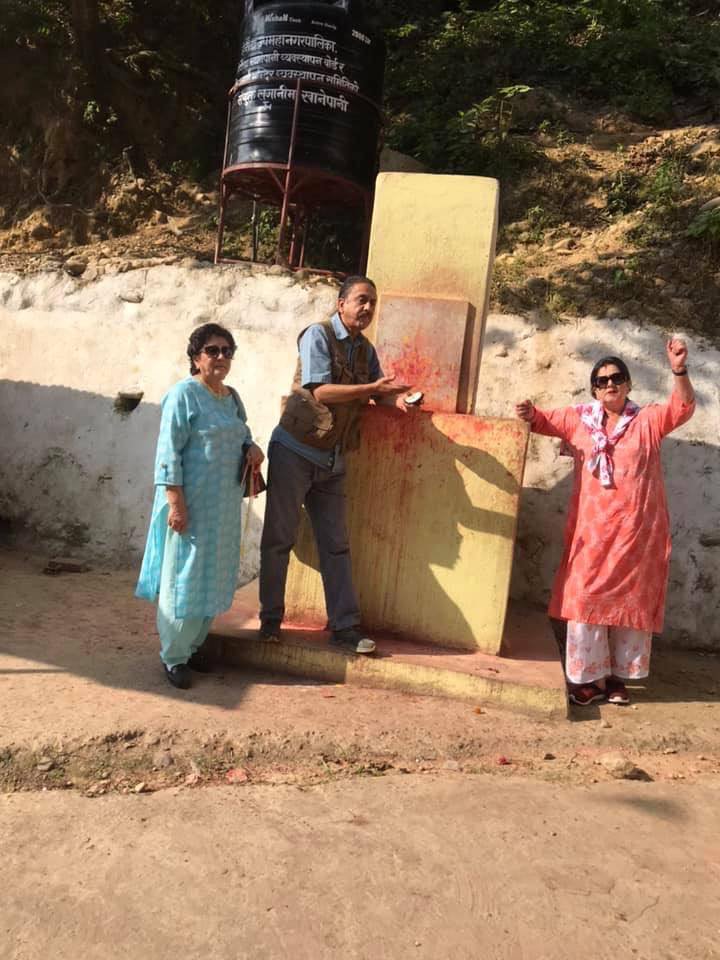 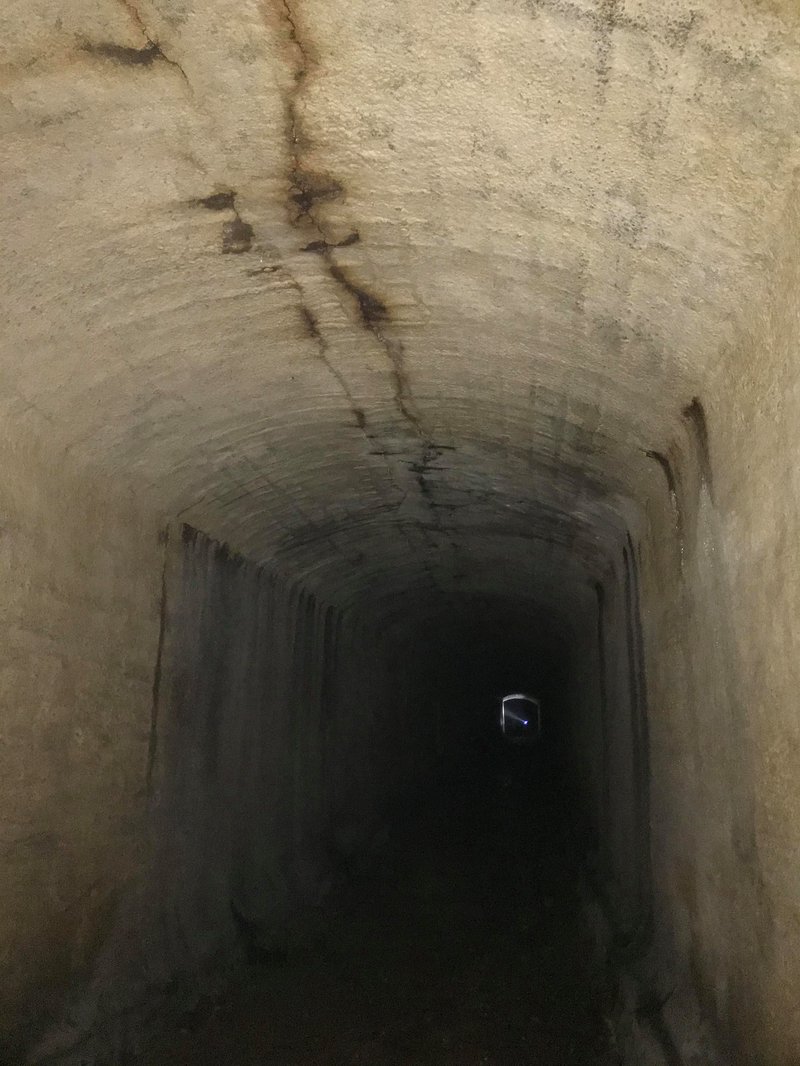 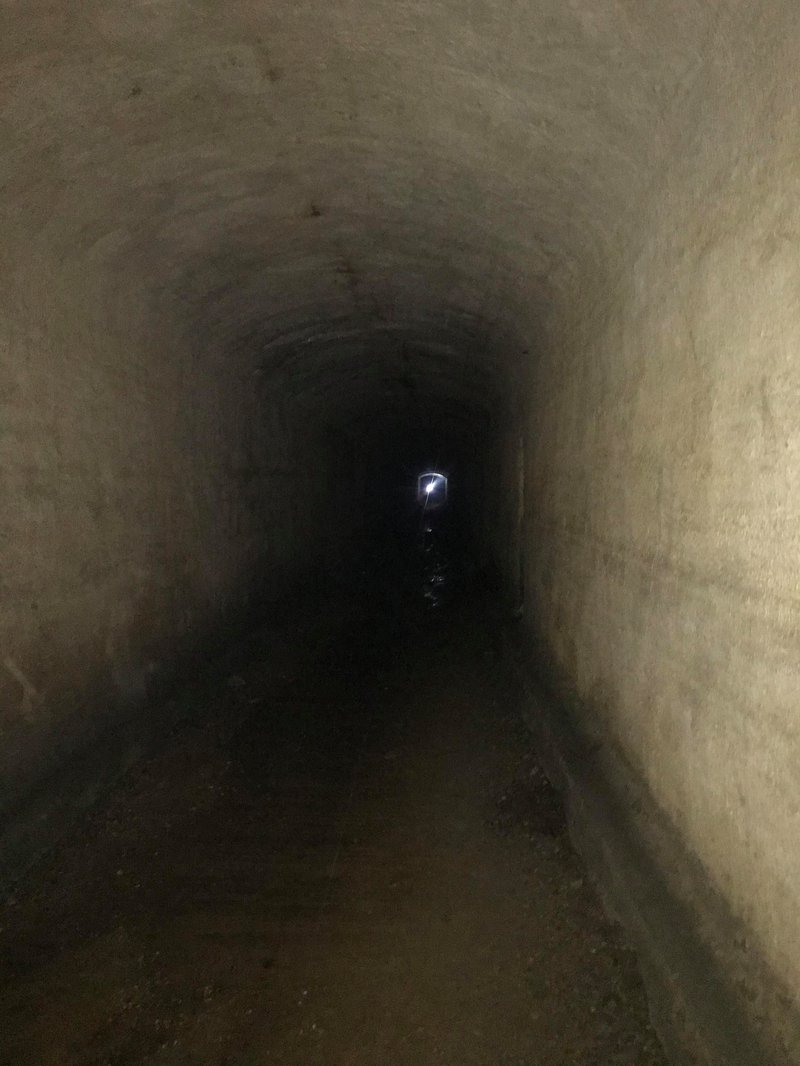 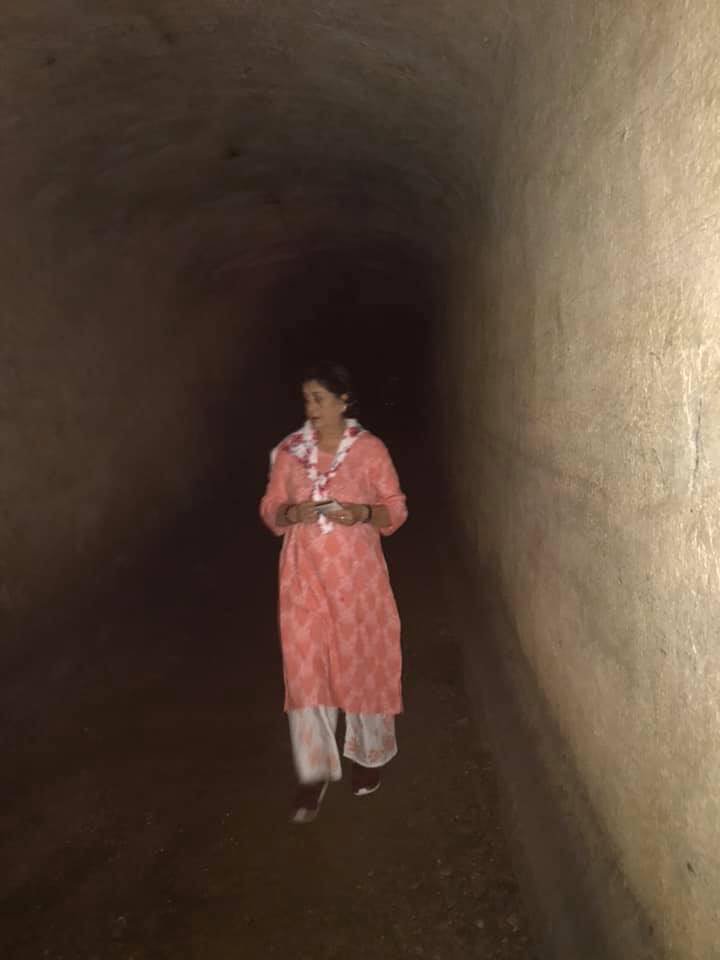 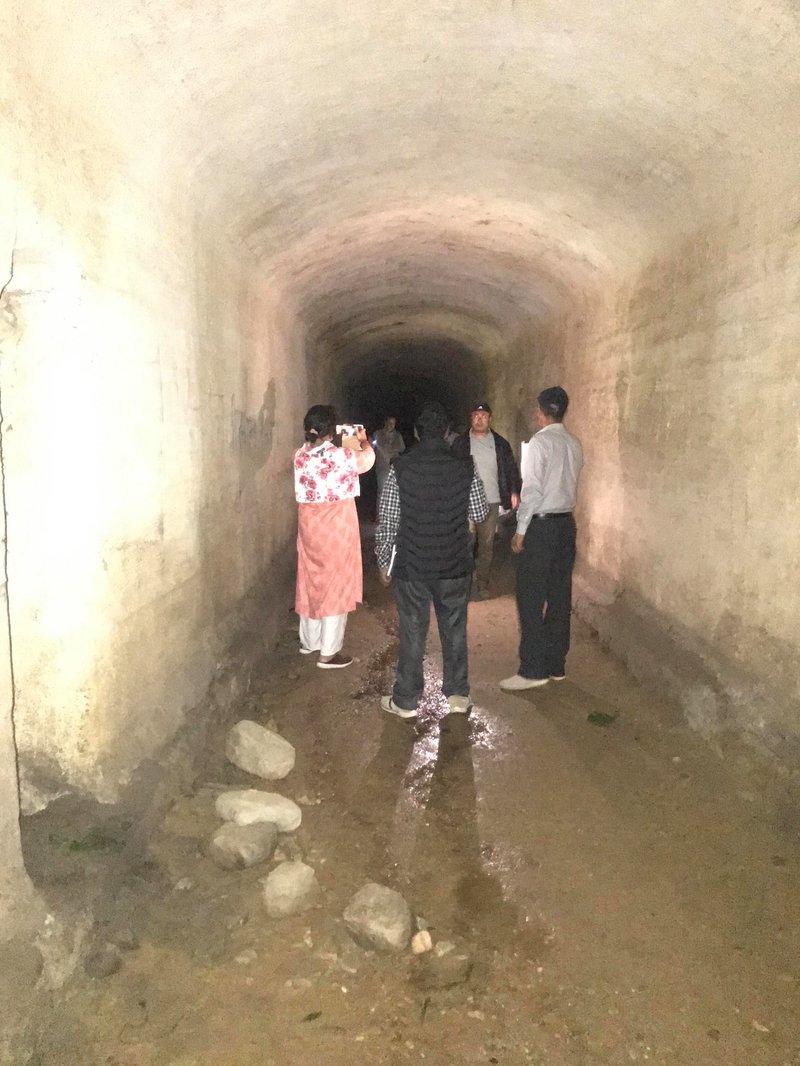 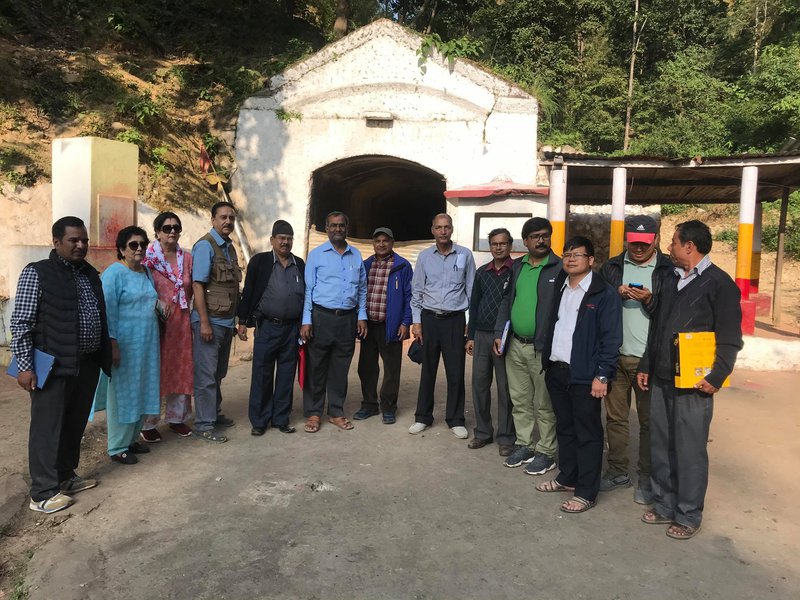 Japan And Nepal Can Both Contribute To World Peace And Prosperity By Masamichi Saigo 1 day, 4 hours ago

Why Upstream And Downstream Linkage In The River System Can’t Be Ignored? By Pratik Poudel 5 days, 9 hours ago

COVID-19: An Overstaying Visitor without Visa By Dr. Omkar Shrestha 1 week, 1 day ago