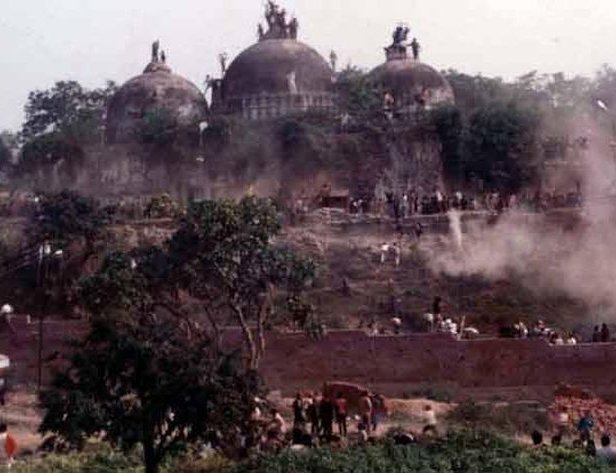 The city of Ayodhya has turned into a fortress on a day when the Babri mosque was demolished by thousands of ‘karsevaks’ 26 years ago. Over 2,500 police personnel have been deployed, preventive arrests have been made to thwart protests at the disputed site and a tight vigil is being kept in wake of saffron outfits raising the pitch over the sensitive Ram temple issue.

Police have arrested four activists of Hindu Samaj Party apprehending trouble from them at the disputed site.

Over 2,500 police personnel, besides Rapid Action Force and paramilitary CRPF, have been deployed as part of multi-layered security in Ayodhya.

Hindu organisations are likely "to organise a number of religious programmes so that a grand temple of Lord Ram is built".

The Vishwa Hindu Parishad (VHP) and Bajrang Dal are preparing to mark the day as ‘Shaurya Diwas’ (day of bravery) and ‘Vijay Diwas’ (day of victory) and have asked the people to light earthen lamps as on Diwali, while the Muslim outfits have said they will observe ‘Yaum E Gham’ (day of sorrow) and ‘Yaum E Syah’ (black day).

Though it has almost become customary for the two sides to come out with such announcements, the events in the run up to the anniversary, especially the ‘Dharam Sabha’ (religious conclave) organised by the VHP on November 25 on the Ram temple issue, have prompted authorities to further shore up security in the city.

Police on Wednesday arrested four activists of Hindu Samaj Party from Ram Janambhoomi police station area apprehending trouble from them at the disputed site on Thursday. So far eight persons have been taken into custody this week, including Mahant of Tapaswi Chawni temple – Paramhans Das, who had threatened to commit self-immolation for the construction of Ram temple on December 6.

While Paramhans Das was arrested on Tuesday, Hindu leader Kamlesh Tiwari, who claimed to be a leader of Hindu Maha Sabha, was held on Monday. Tiwari had announced that he will perform Karsewa for the construction of Ram Janambhoomi on December 6. 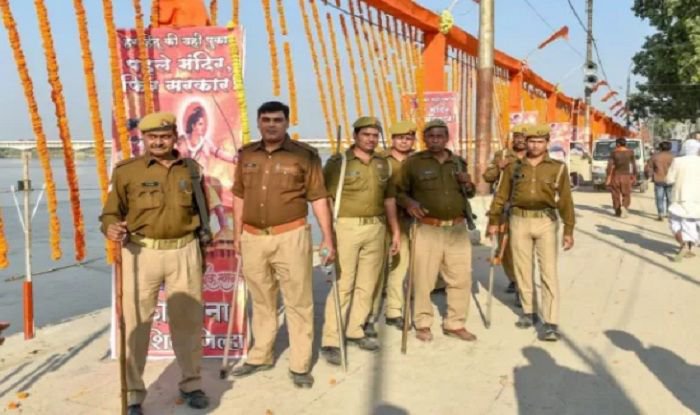 Over 2,500 police personnel, besides Rapid Action Force and paramilitary CRPF, have been deployed as part of multi-layered security in Ayodhya including in and around the disputed site and several parts of Hanumangarhi area of the city, officials said.

The VHP spokesperson in Ayodhya, Sharad Sharma, said Hindu organisations are likely “to organise a number of religious programmes so that a grand temple of Lord Ram is built”.

Meanwhile, state president of Indian Union Muslim League said, “We will observe this day as Black Day. Even the Supreme Court has termed the demolition of Babri Masjid as a matter of national shame”.

The Babri Masjid Action Committee has called on the people to observe the day peacefully and hold special prayers for early resolution of the dispute.

Afaq Ahmad Khan, Chairman of BMAC, said, “We are waiting for the last 26 years for justice”. He expressed the hope that the mosque will be rebuilt at the site.

The BMAC said it will send memoranda to the Prime Minister and the Uttar Pradesh Chief Minister requesting them to ensure status quo at Ayodhya demolition site as per Supreme Court orders.

The Babri mosque was demolished on December 6, 1992 by ‘karsevaks’ who had converged as part of a movement by the BJP and Hindu outfits for Ram temple at the disputed site.

The Ramjanmbhoomi/Babri masjid title suit is pending in the apex court, which will decide the schedule of hearing in January. Fourteen appeals have been filed in the apex court against a high court judgement, delivered in four civil suits, that the 2.77 acre land be partitioned equally among three parties — the Sunni Waqf Board, the Nirmohi Akhara and Ram Lalla.

After the Supreme Court refused an early hearing, Hindu outfits have demanded that the government bring in an ordinance for construction of Ram temple.