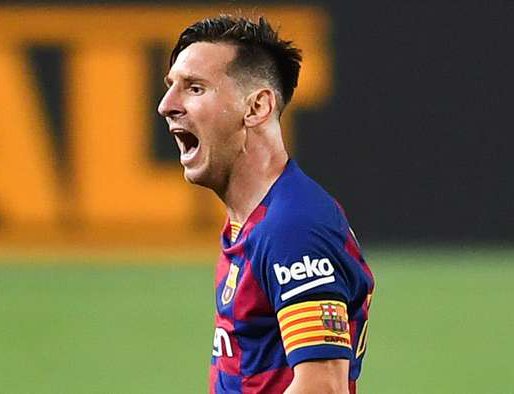 The Argentine is seeking a way out of Camp Nou this summer, but Spanish football's main governing body says he cannot leave the club as a free agent

Lionel Messi can only leave Barcelona if his €700 million (£624m/$823m) release clause is met or if another club negotiates a lower transfer fee with the Camp Nou club, La Liga confirmed on Sunday.

Messi handed in a transfer request to the Barca board last week, with a view to triggering the clause in his contract which allows him to leave the club at the end of each season.

The clause in question expired in June, but the Argentine's legal team are ready to argue that he should be allowed to terminate his deal unilaterally due to the 2019-20 season being extended into August because of the coronavirus pandemic.

Manchester City is thought to be the most likely next destination for Messi, with Goal reporting that ex-Barca boss Pep Guardiola has been in touch over a potential reunion at Etihad Stadium.

Paris-Saint Germain, Juventus and Manchester United are also reported to be considering a move for the six-time Ballon d'Or winner, but La Liga has now revealed its stance on his current situation.

Spanish football's main governing body has now said that the terms of Messi's current contract, which is due to run until 2021, remain valid, which means he will not be able to leave the club until a potential suitor pays his €700m buy-out clause in full, unless Barca agree to sell him for less.

An official statement on La Liga's website reads: "With regard to the various interpretations (some of which are contradictory) published by a number of media outlets in recent days in relation to the contractual situation surrounding FC Barcelona player Lionel Andrés Messi, after having studied his contract with the club, La Liga considers it appropriate to clarify matters.

"The contract is currently in force and features a release clause to be applied in the event that Lionel Andres Messi should decide to activate the early unilateral termination of the contract.

"In line with the regulations and procedures that apply in such instances, La Liga shall not proceed with the release required for the player to be deregistered from the Spanish Football Federation unless the aforementioned clause has been paid."

Messi's battle to secure a move away from Barca is now threatening to become a drawn-out saga, even though he has already decided that he no longer wishes to play for the club.

The 33-year-old purposely failed to report for medical testing at the club's training facility ahead of the new season in order to put pay to any lingering doubts over his mindset.

CAN Lifts Suspension Of Leg-spinner Lamichhane By NEW SPOTLIGHT ONLINE 5 days, 20 hours ago