7 Killed In Gas Cylinder Explosion At Factory In Delhi

7 Killed In Gas Cylinder Explosion At Factory In Delhi 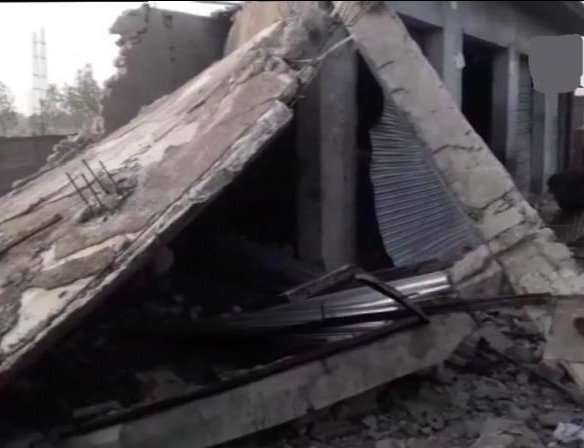 Seven people, including a five-year-old, were killed in an LPG cylinder explosion at a factory in west Delhi's Moti Nagar on Thursday evening, police said. The eight people who were trapped in the building have also been rescued.

The factory, a double-storey building in Sudarshan Park in Moti Nagar, was used for painting ceiling fans.

The fire department received a call about the collapse at around 8.48 pm and eight fire engines, along with ambulances, were rushed to the spot.

The owner of the "factory" was among the injured, police said.

"15 persons were rescued and rushed to Acharya Bhikshu hospital in front of me. Later, we got to know that six people including a five-year-old child died," an eye-witness said, according to news agency PTI.

A case has been registered against the owner of the factory under relevant sections of the Indian Penal Code and the matter is being probed, the DCP said.

Along with police and a Delhi Fire Service team, an NDRF team is also at the spot carrying out rescue operations in full swing, police said.

US Jet Crashed In Taliban Territory By NEW SPOTLIGHT ONLINE 9 hours, 39 minutes ago