Sending a high-level team from Italy to Nepal for Melamchi negotiations, the contractor has shown that it wants a resolution of the problem 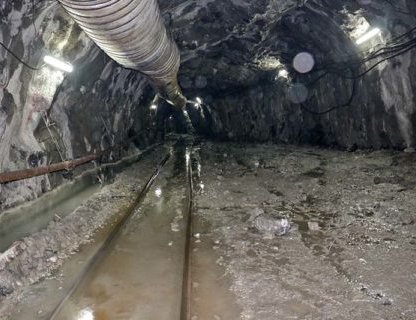 With an abrupt decision of Ministry of Drinking Water and Sanitation, Nepal’s national priority Melamchi Drinking Water Project, which is nearly at the stage of completion, has landed in uncertainty.

The row between the government and Ministry appeared following a decision of the ministry to stop the employees of Italian contractor Cooperative Muratori e Cementisti di Ravenna (CMC) at Tribhuwan International Immigration threatening to cancel the contract.

The decision of Ministry of Drinking Water and Supply to stop the employees at the Airport has created an unwarranted situation. Committees of parliament directed the government not to cancel the agreement with Italian contractor at the last minute.

After negotiating from various channels for almost two weeks, the ongoing dispute between the government and the Melamchi Water Supply project contractor seems to be headed for a resolution.

The team of the Cooperativa Muratori e Cementisti di Ravenna (CMC), the main contractor of the project, led by its CEO Paolo Porcelli, has arrived here on January 7.

Surya Raj Kandel, executive director of the Melamchi Water Supply Development Board, said that the team from Italy agreed to visit Nepal to end the row between the two parties, which has stalled the works for weeks. “Following correspondence between both sides and due to their interest in resolving the matter, the high-level CMC team is coming to Nepal.”

When did they leave the project, the government apprehended the contractors’ representatives, seized passports of CMC staffers and barred them from leaving the country? CMC officials had repeatedly told that they were returning to their country for Christmas. They were released when the Italian Embassy in New Delhi intervened, raising concerns over the restriction.

The Italian embassy wants to facilitate as an intermediary for resolving the dispute involving the Nepal government and the Italian contractor.

“The government maintains that it wants the Italian firm to resume work as hiring a new contractor would delay the project by months,” said Kandel.

Directives given by Ministry of Water Supply and Sanitation to Immigration Department to stop foreigners hired in Melamchi Drinking Water Project by CMC sparked the controversy.

After the directives of the government, Department of Immigration prevented flight of dozens of foreigners, Chinese, Italian and Philippinos, hired in Melamchi Drinking Water Project.

Secretary of Ministry Gajendra Thakur reportedly directed the officials. However, the directive questions Nepal’s stand on free movement of foreigners.

CMC, which was building the project, is facing a financial crisis recently. Government officials said that they took the decision on grounds that the company has decided to abandon it due to its worrisome financial state.

However, CMC officials have refused that they had submitted a letter informing the government about its decision to discontinue.

CMC is involved in over 80 projects in 21 countries. It generates a huge chunk of revenue from projects owned by government and state-owned companies throughout the world.

Without taking a due course, the government has initiated the process of confiscating around Rs 3 billion in performance bond of the Italian contractor of Melamchi Drinking Water Project.

“We have already directed Melamchi Drinking Water Development Committee to direct Nepali banks to seize the guarantee amount,” said Thakur. “We took this decision as the Italian company was intent on contract termination despite repeated requests to complete the project.”

Nobody understands the reason behind the immature decision taken by Ministry against CMC, which has secured contract works of two major hydropower projects with over Rs. 9 billion equivalent bank deposit in Nepal.

At the cost of immaturity of senior government officials, Nepal has lost its own image and credibility in the international sector. Along with this, the dispute pushes the project completion date for a few more months.

Although the row between the CMC and Melamchi Project gets resolved, Nepal’s image has been badly hurt.

NEA Needs To Strengthen And Expand Transmission And Distribution System: Experts By Agencies 3 months, 3 weeks ago