In the recent row over the A330 deal, what suffered the most damage is the image of Nepal Airlines Corporation 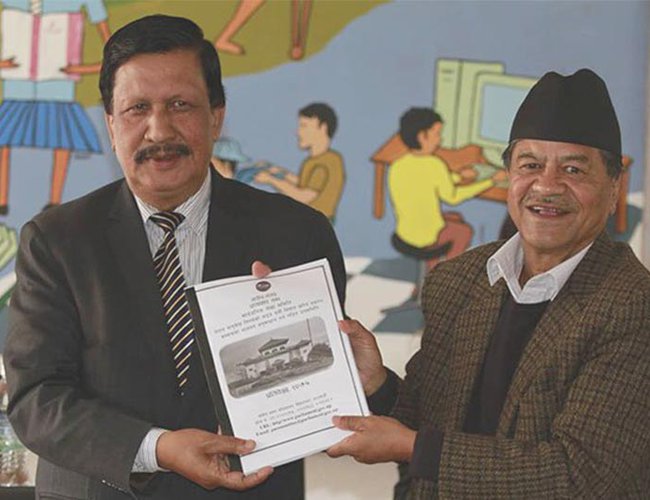 Politicians can come and go as do the policymakers and officials. However, the recent controversy and dispute over the A330 wide body purchase deal has badly damaged the image and prestige of Nepal Airlines Corporation (NAC), the national flag carrier.

At a time when the recent report of PAC Sub-committee headed by NC parliamentarians Rajan K.C and high level probe commission formed by the government are facing the criticism from pro and anti groups, only a few people are concerned about finding a way out to use NAC wide body at optimum level in searching new destinations.

Revived after a year of political involvement and corruption, Nepal Airline has improved its flight schedules and frequency of flights in international arena, following the purchasing of two A320 aircraft.

With an ambitious young minister at its helm of affairs, Nepal Airlines has announced an ambitious long term plan to expand its own domestic and international wings.

Following the arrival of two A330 wide body aircraft and decision to add more aircraft for domestic sector, NAC, which was pushed out of the mainstream, is in the process of reviving.

With regularisation of its flights to Malaysia, Nepal Airlines Corporation ended the hegemony and monopoly price of international carriers in these sectors. Increasing the frequency of internal flights, NAC also forced private operators to reduce their monopoly in fares. 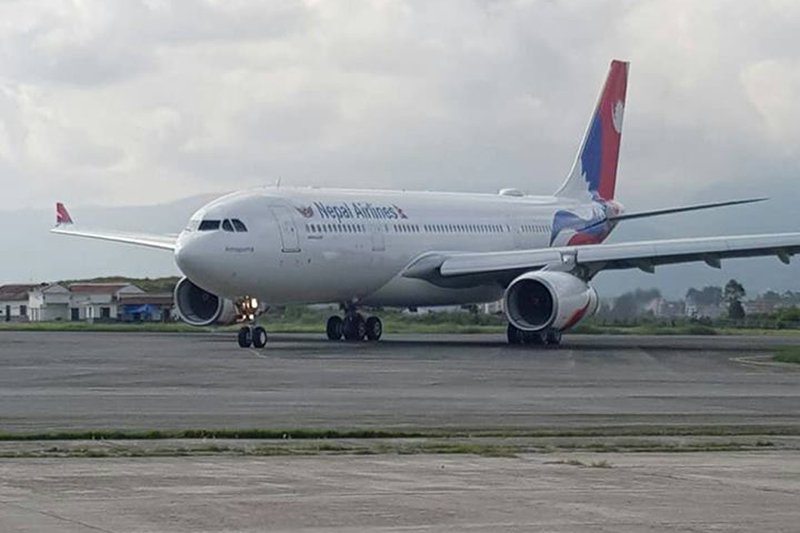 However, NAC, which was regaining its foothold, has suddenly landed in a controversy. This will ultimately push Nepal’s flag carrier in the dark under a much hyped deal of A330.

Although one sided reports and comments have been coming out, the voices expressing concern over NAC’s future are also being heard. People of different walks of life have expressed worries on the issue.

“While we stand united against the alleged corruption in the procurement of two wide-body aircraft, we should be equally cautious that this is not used as a ploy to serve interests of some private players within the country and abroad, weakening or destabilizing the state-owned carrier. It may be recalled that Tourism Minister Rabindra Adhikari had earlier floated a plan to procure at least six twin otters to expand NAC's domestic fleet. Obviously, this was not good news for these players. Also, NAC has been increasing its share in int'l routes in recent months, forcing other airlines to slash their fares. #WideBodyScam #Nepal #NAC,” writes journalist Kosh Raj Koirala on his Facebook wall.

Although the recent controversy and row on aircraft deal is not a new one in the history of Nepal Airlines, the recent report of subcommittee and campaigns have sent a bad message about credibility of NAC and political players.

In all the previous deals of leasing or purchasing aircraft except the current one, the present ruling dispensation used PAC as a forum to tarnish the image of Nepali Congress Party and its leaders.

Nepali Congress leader late Girija Prasad Koirala was projected as a villain in Dhamija and Lauda. In leasing of Chase, China Southern and Turkmenistan leaders of present dispensation were allegedly blamed.

In all these controversies and alleged corruption scandals, politicians were given the clean chit and all turned out to be a fiasco. Koirala, who was directly linked in the scandal of Chase and Lauda deals, became a father of the republic after 2006.

The past has shown that the Public Accounts Committee is often used to destabilise the political process. PAC reports destabilised several strong and powerful governments. Dhamija and Lauda unseated the government of Nepali Congress and Chase unseated CPN-UML coalition. If things go at the current pace, the A330 wide body deal is also likely to create problems for the two-thirds majority government led by K.P. Sharma Oli.

After the submission of the report by the Sub Committee of Public Accounts Committee on NAC Airbus deal, the government has formed a high-level probe commission. It is yet to tranquilise the situation.

With the pressure from ruling party, the Public Accounts Committee in the House of Representatives failed to endorse the report of its subcommittee on alleged irregularities in the purchase of two wide body aircraft for the national flag carrier, Nepal Airlines Corporation.

With the opposition from ruling party lawmakers, the committee failed to make any concrete decision. NCP members objected to the recommendations of action that the report suggested for Civil Aviation Minister Rabindra Adhikari.

Following the indecision, PAC Chairman Bharat Kumar Shah adjourned the meeting. Lawmakers of the ruling Nepal Communist Party a few days earlier had expressed their dissatisfaction over the report of the subcommittee under the Public Accounts Committee of Parliament formed to investigate into alleged irregularities in the aircraft purchase.

The panel headed by Nepali Congress lawmaker Rajendra Kumar KC had submitted its report to the PAC, indicting incumbent Civil Aviation Minister Rabindra Adhikari and his predecessors Jitendra Narayan Dev and Jeevan Bahadur Shahi, among others, in the case.

However, speaking at the PAC meeting, the NCP lawmakers defended Adhikari’s role in the deal. Hridayesh Tripathi and Bishal Bhattarai said Adhikari might have released the final instalment of the payment as he did not have any other option after previous instalments were already paid. They also questioned why the panel recommended different actions for sitting and former ministers.

A subcommittee under the Public Accounts Committee of House of Representatives formed to investigate into alleged irregularities in the purchase of two wide-body aircraft for Nepal Airlines Corporation concluded that the state lost Rs 4.35 billion in the deal.

PAC members claimed that the subcommittee report does not prove minister Adhikari was involved in the scam.

The report also indicted Civil Aviation Secretary Krishna Prasad Devkota and his predecessors Shankar Prasad Adhikari and Prem Kumar Rai in the case. However, NAC Managing Director Sugat Ratna Kansakar has been identified as main person in the scam.

The sub-committee has pointed out 10 grounds to justify alleged irregularities in the multi-million dollar deal. Those include no Direct Deal With Airbus, Ill-Intended Terms And Conditions, Scaling Down Of Maximum Takeoff Weight (MTOW), ‘Fictitious’ Leasing Company, Changed MSNs, ‘Dramatic’ Insertion Of Escrow Agent, Violation Of Public Procurement Act, Wrong’ Estimation, Escalation In The Proposed Price and Pre-Inspection Junket.

Rejecting the recommendation and report of PAC sub-committee, the government formed a high level probe commission. Whatever the outcome of the commission and committee may be, the event has damaged national flag carrier and stopped its expansion.