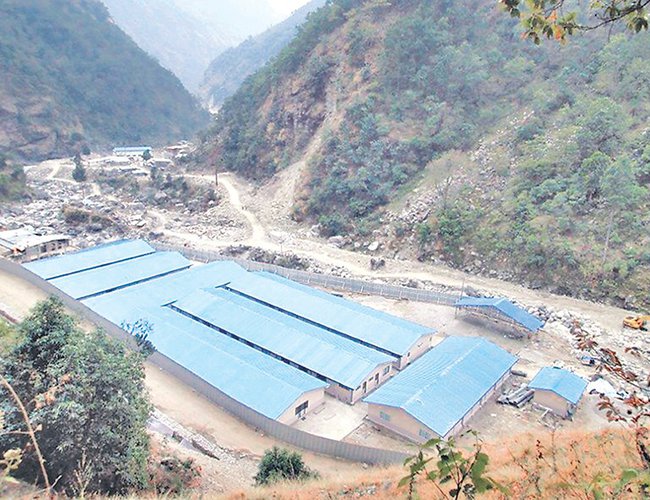 Prime Minister K. P. Sharma Oli has said that Nepal’s current environment is conducive to attracting FDI. Addressing an Industrial Exhibition in Ilam, an eastern hill city, Prime Minister Oli called on foreign investors to invest in Nepal without any hesitation and urged them to grab the golden opportunity.

Prime Minister Oli is not alone in making the call on foreigners and Nepali business community for investment. Minister for Energy, Water Resources and Irrigation Barsha Man Pun has been issuing similar statements almost every day, urging investors to come to Nepal. During his recent meeting with U.S. Ambassador to Nepal Randy W. Berry, Minister Pun requested the ambassador to facilitate bringing investors to Nepal.

Since Nepal is in a dire need of FDI, it envisions graduating from a low-income country to a middle-income country by 2030, the desperation of prime minister Oli and Minister of Energy Pun is understandable.

However, the grounds for investment in Nepal are not easy. Whatever the political leaders preach, many foreign companies are leaving Nepal due to existing laws, regulations and hassles created at the bureaucratic and political levels.

Along with the provisions included in Labor Law, Social Security Law, Currency Expatriation Regulations, Industrial Registration Regulations and Immigration Law, the recent statement of Minister of Education to nationalize private schools and universities has sent a wrong message.

“Given the present situation, I don’t think anybody will come to invest in Nepal. Cost of labor in Nepal is much higher than in Bangladesh, India, Pakistan and Sri Lanka. Instead of chanting slogans, it is better for your political leaders to do work and make laws conducive to investors,” said a foreign diplomat. “Your ministers must say whether they want to make Nepal a Stalinist state or liberal and open state.”

At a time when Minister for Energy Pun has been urging potential foreign investors to come to Nepal, he is yet to take a decision to facilitate Korean Company to start the construction of 216 MW Upper Trishuli-1 Hydropower project.

Due to delay in establishment of Hedging Fund, the company, which signed PPA with Nepal Electricity Authority (NEA) one year and a half ago, is yet to start construction.

Although Korean South-East Power Corporation has been building a consortium in Nepal with other Korean construction companies and the International Financial Corporation to develop the 216 MW Upper Trishuli-1 Hydropower Project since 2011, the dilly dallying of the ministry has already increased the cost of the project.

Set up by a South Korean developer with its Nepali partner to construct Trishuli-1, Nepal Water and Energy Development Co Pvt Ltd has already invested over 2 billion rupees in the project site.

Along with PPA with NEA, the Korean Company also signed Project Development Agreement PDA with the government. However, nothing is working.

This is the first foreign investment project with the involvement of so many companies. Korea South East Co Ltd (KOSEP), a Korean government undertaking, holds 52 per cent stakes in NWEDCL. Similarly, other Korean companies -- Daelim Industrial Co Ltd and Kyeryong Construction Co Ltd -- have 16 and 10 per cent shares, respectively, in the company. International Finance Corporation, the private sector lending arm of The World Bank, holds 12 per cent shares. Remaining 10 per cent has been allotted for project-affected locals.

Problems lie on the constitution of Hedging Fund. Finance Minister Dr. Yubaraj Khatiwada and Governor Chiranjibi Nepal have been repeatedly saying that to provide an exchange rate hedging facility for the foreign investors making investments in the country's infrastructure sector, they need to help minimize their exchange rate risks.

Governor Nepal said that a separate account of foreign direct investment (FDI) coming into the infrastructure sector would be created at the central bank and the investors would be provided with an exchange rate hedging facility based on their investment in the country.

However, a working procedure is yet to be implemented. This delay has already caused huge losses to Korean Company which has already constructed a hydropower of similar size like Upper Trishuli in Pakistan. Along with the Korean company, many other potential investors from other countries including India have been complaining Nepal’s lacklustre performance.

Representatives of Republic of Korea also raised the issue of Upper Trishuli-1 in WTO meet in Geneva in December. “There is another instance related to FDI. Since 2011, a Korean electric company, Korea South-East Power Corporation, has been building a consortium in Nepal with other Korean construction companies and the International Financial Corporation to develop the 216MW Upper Trishuli-1 Hydropower Project. Nepal Electricity Authority (NEA) has signed a Power Purchase Agreement (PPA) with the Korean developer and agreed to pay the tariff of the loan portion in US dollar for ten years. Any foreign exchange losses of NEA due to the payment of tariff in foreign currency shall be covered by the hedging fund created by the Government of Nepal. Hedging cost or premium for the hedge fund shall be borne by the Government of Nepal, NEA, and the developers appropriately. Nevertheless, negotiations between NEA and the Korean developer are underway on how to share the hedging cost or premium. NEA is asking the developer to bear about 30 to 50 million USD as a hedging premium. Due to this huge burden, financial closure of the project is getting delayed.”

Nepali industrialists see FDI policies in Nepal as flawed. “Nepal lacks FDI friendly policies, laws and clear vision. Given the present scenario, it is unlikely to see any major companies coming to invest in Nepal,” said Sahil Agrawal, chairperson of International Investment Promotion Committee of the Federation of Nepalese Chambers of Commerce and Industry.

Nepal needs hundreds of billions of dollars in foreign investment in the coming years to tap the opportunities in hydropower, transport, agriculture, tourism, information and communication technology and mines and minerals sectors, as domestic capital is not adequate to fund many of the projects.

However, Nepal attracted a total foreign direct investment of Rs 13.5 billion in the last fiscal or 0.5 per cent of the gross domestic product, which is one of the lowest among similar countries in the world.

“Foreign Direct Investment (FDI) serves as a catalyst for development in an open integrated economic system. Since 1980s, cross border linkages through FDI have been an important feature of financial globalization and liberalization process. Nepal has also introduced many provisions to attract FDI including a set of legal, regulatory and institutional frameworks. Though FDI inflow in Nepal is low compared to its neighboring countries, it has been on an increasing trend over the recent past,” reports Nepal Rashtra Bank.

According to NRB, foreign investors from 39 countries have made investment in 252 firms in Nepal. The FDI stock reached Rs. 137.7 billion (6.1 per cent of GDP) in 2015/16, which was mainly driven by the rise in reserves of FDI-based industries. Reserve constitutes two-thirds of FDI stock. The services sector accounts for the highest share (70.2 per cent) of outstanding FDI in Nepal. In terms of paid up capital, the highest FDI in Nepal is from India.

When the total stock of FDI is taken into consideration by including reserves and loans, West Indies happens to be the major source region with FDI of Rs. 62.8 billion as of mid-July 2016.

Instead of making sweet statements for public consumption, Prime Minister Oli and minister Pun have to direct concerned agencies to amend the laws and regulations to encourage foreign investors. Implementation of the laws, regulations and policies are the keys to realizing the slogan.

NEPAL ELECTRICTY Reliability And Quality By A Correspondent 2 days, 3 hours ago