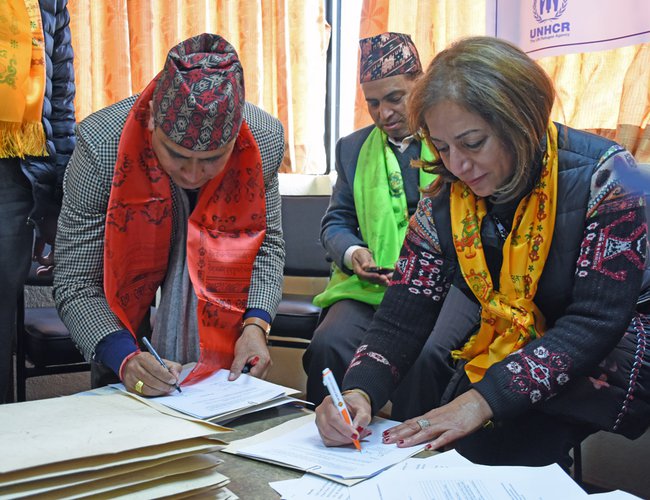 As part of strengthening protection capacity and support to the host community, the UNHCROffice in Kathmandu handed over various humanitarian assistance to a health centre, school and ward office of Ward no.11 in Budhanilkantha Municipality on January 8.

UNHCR supported in the construction of 4 male and female toilets, installation of two water tanks and 50 street lightscovering some areas of Ward no.11 of Budhanilkantha Municipality, which has been hosting refugees and providing humanitarian support to improve their lives. 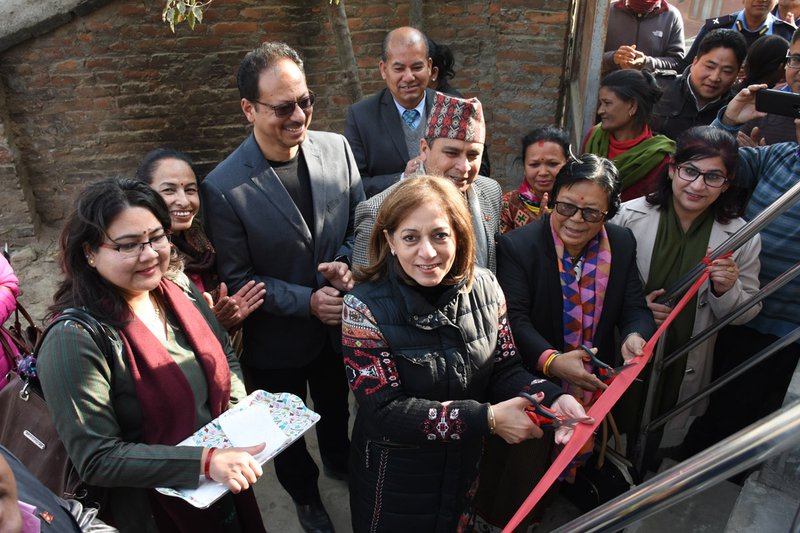 Likewise, a hospital bed, portable bed screens, and furniture were handed over to Kapan Health Promotion Center while desktop computers, printer and book racks were distributed to Shree Gram Shikshya School, which is also attended by refugee children.

“We are very happy to collaborate with the local authorities, especially the ward office 11, which has been sharing meagre resources with refugees and including them in the community activities and public services,” said Bushra Halepota, UNHCR Representative, during the handover program.

The event was attended by local government officials,including Mayor and Deputy Mayor of the Budhanilkantha Municipality, Ward Chairman, Chief of Kapan Police Cell, Incharge of the Health Promotion Centre, school principal as well as community health workers of Ward no. 10, 11 and 12.

“We hope our small support for the ward office, school and health promotion centre would contribute in improving the lives of host population and refugees,” she added. 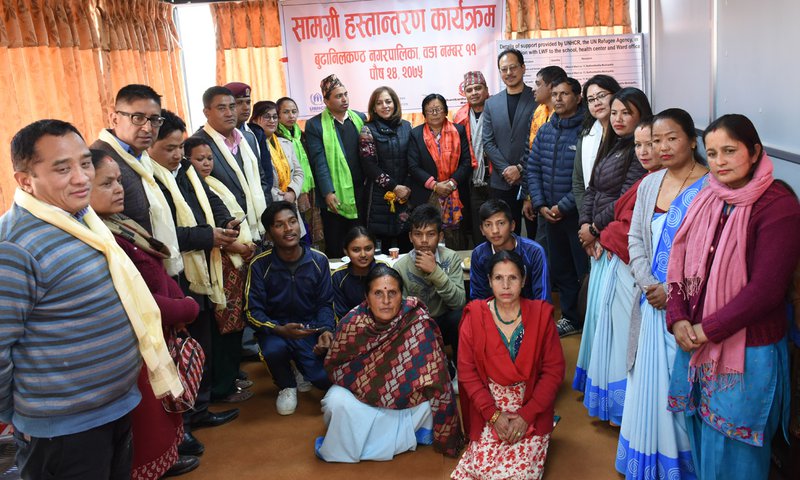 Bushra highlighted that UNHCR together with the government and partner agencies is working towards comprehensive solutions for refugees in the spirit of “Leave No One Behind” principle of Sustainable Development Goals.

Chief Guest and Mayor of the Budhanilkantha Municipality,UdhabKharel thanked UNHCR for the support and stressed on ensuring the maintenance of the toilet, street lights and medical facilities to benefit the community as a whole. 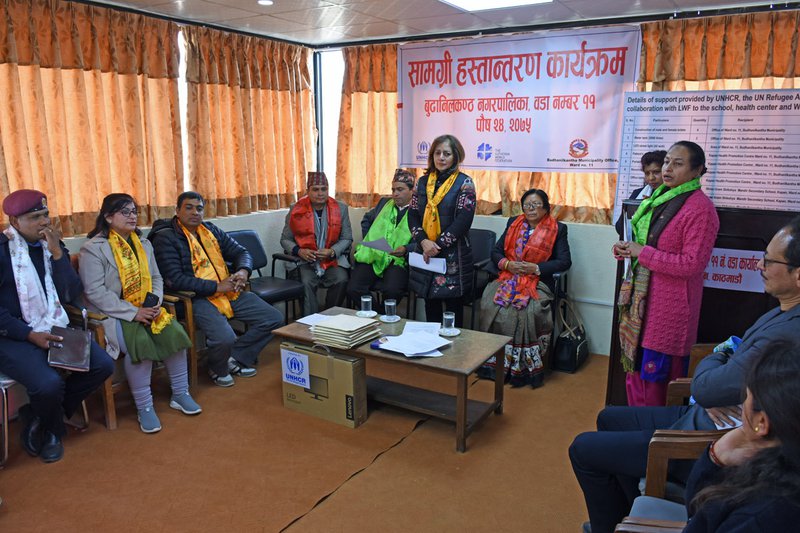 According to a press release issued by UNHCR, ward Chairman Raju Adhikari welcomed the assistance received from UNHCR and said that it will help in service delivery for people in the ward. Adhikari further said that the partnership and collective effort of various agencies was essential to implement development activities that benefit the communities.

XcelTrip Reaches Out To Hotel Industry In The Hour Crisis By NEW SPOTLIGHT ONLINE 13 hours, 58 minutes ago