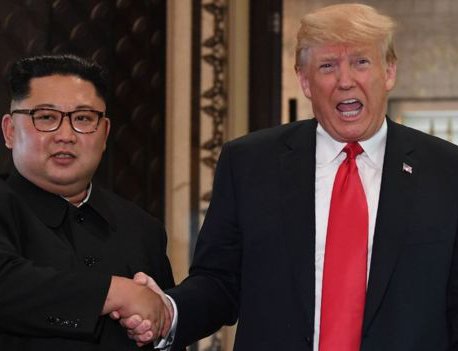 Kim Jong-un made the comments after meeting with one of his top aides who went to Washington last week.

The two sides are planning a second summit by the end of February, according to the White House.

However, little progress has been made on denuclearisation since their historic first summit last June.

There has been a flurry of diplomatic activity towards a second summit this month.

Kim Jong-un visited China for talks with President Xi Jinping, as he did before the Singapore summit, while his top negotiator Kim Yong-chol met President Trump at the White House.

"Kim Jong-un said that we will believe in President Trump's positive way of thinking, wait with patience and in good faith and, together with the US, advance step by step toward the goal to be reached by the two countries," North Korean state run news agency KCNA said.

The report also said Mr Kim "spoke highly of President Trump for expressing his unusual determination and will" towards a second US-North Korea summit. 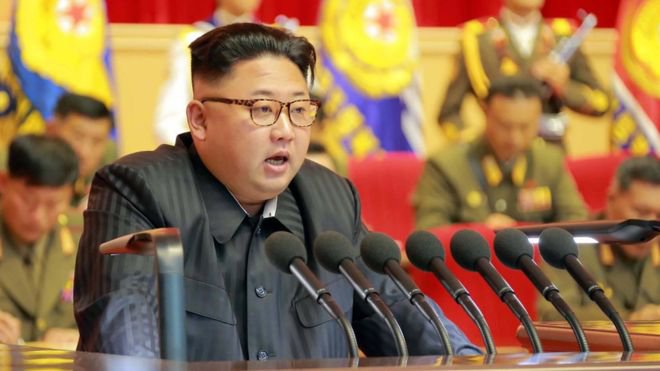 The conciliatory tone comes after the North Korean leader in his New Year speech warned his country might change course if the US continued its sanctions.

Last year's rapprochement and the Singapore summit came after a turbulent 2017 marked by North Korea testing missiles that could reach the US mainland and an escalation in rhetoric with both sides trading insults and threats of nuclear destruction.

The 2017 summit ended with a general agreement towards denuclearisation but little has been achieved since. US sanctions remain in place and the North has not provided a detailed account of its nuclear facilities.

No venue has been announced for the new talks but observers say Vietnam could be a potential location.

US President Trump To Arrive Today In India For Two Days Visit By NEW SPOTLIGHT ONLINE 18 hours, 45 minutes ago