With so many connections and close bonds at the people-to-people level, Nepal and India have joined hands to promote youth entrepreneurship via startups 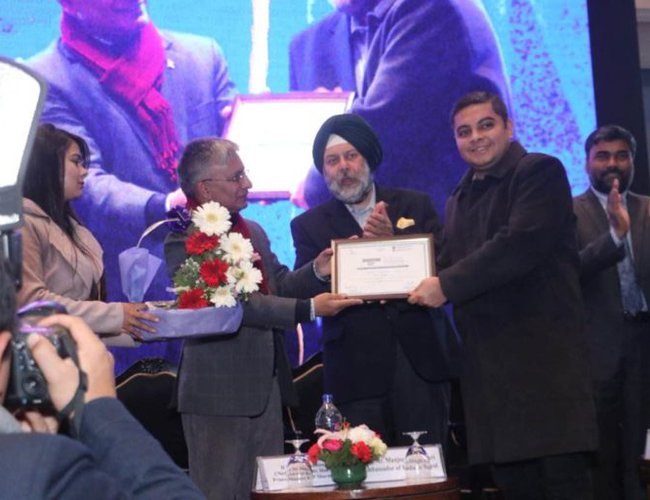 At a time when official level interactions are trying to omit the historical, cultural, religious, social and lingual issues as connecting factors between people of Nepal and India, younger generations of Nepalese have taken up to enhance solidarity and connection with India.

In a function that concluded recently, Nepali participants expressed strong views and opinions to further connect Nepal with India. In the Connect IN International Entrepreneurship Conclave, Nepalese youths expressed the views that were completely contradictory to the expressions of the officials and government ministers, guided by an occupied mindset.

The day-long conclave aimed at bringing young Nepali and Indian entrepreneurs together and promoting them. "India and Nepal can forge a strong solidarity for the development of entrepreneurship among youths of the two countries," Bishnu Rimal, chief advisor to Nepal's Prime Minister, said. "Younger generation can guide the country towards prosperity through their innovative ideas," said Rimal.

Organized by the Indian Embassy in Kathmandu in collaboration with Nepal-based business consulting agency Clock b Business Innovations, the conclave brought together 400 Indian and Nepalese start-ups, entrepreneurs, investors, venture capitalists and high ranking government officials of the two countries, the organizers said.

"Nepal has a huge population of more than 9 million youths who can serve as catalysts to push the country ahead towards attaining prosperity," Indian Ambassador to Nepal Manjeev Singh Puri said during his inaugural address at the Connect IN International Entrepreneurship Conclave.

"Globalization has largely benefitted disadvantageous groups in the developing world," he added.

Glocal Teen Hero is an initiation to bring out the teenagers who are doing something from the shadows and create a ripple effect of motivation and impart a message that a lot can be done by anyone and also to appreciate and recognize the teenagers.

The purpose of the Launch Event of WaiWai GTH India was to introduce the project with a wider perspective to the audience and to raise awareness and understanding about the need of such projects and the difference they would make to the lives of the teenagers by showcasing the stories of past teenagers.

The event shared the news of a positive collaboration for the betterment of teenagers & youths, cross border and make the people aware about the proud moment for the nation that something has been initiated from Nepal to flow towards India.

Organized by Glocal Pvt. Ltd. in collaboration with Embassy of India, this program will help youths of both the countries to join together.

The time has come for Nepalese officials to follow the youths and open more spaces to connect Nepal with India in all spheres of life giving up the outmoded mindset developed on the basis of Geo-Politics.

Nepal Is Committed To Protect Human Rights Of The People: Foreign Minister Gyawali By NEW SPOTLIGHT ONLINE 7 hours, 25 minutes ago

President Bhandari And PM Oli Congratulate President Biden On Assumption Of The Office Of The United States By NEW SPOTLIGHT ONLINE 18 hours, 36 minutes ago