Fast And Furious Presents Hobbs And Shaw Trailer: The Rock And Jason Statham Are Reluctant Partners

Fast And Furious Presents Hobbs And Shaw Trailer: The Rock And Jason Statham Are Reluctant Partners 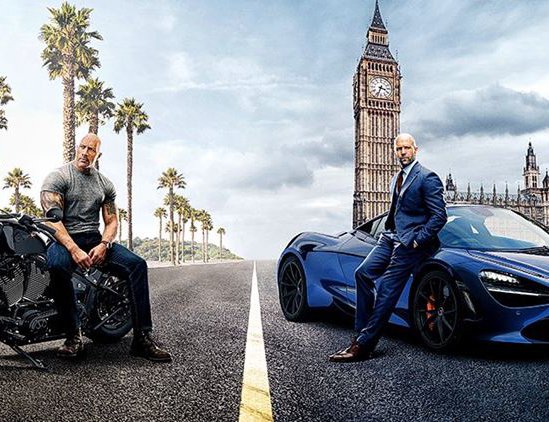 The trailer for much-awaited The Fast and the Furious spinoff Hobbs & Shaw is out. Officially titled Fast & Furious Presents: Hobbs & Shaw, the movie is directed by Deadpool 2 director David Leitch.

Starring Dwayne Johnson and Jason Statham in the titular roles, the movie features Idris Elba as the villain. Fast & Furious veteran Chris Morgan has written the story. The tone of the film seems surprisingly light with lots of jokes in moments that are not usually funny. The movie, to put it simply, looks amazing.

Luke Hobbs and Deckard Shaw team up to stop Elba’s Brixton (Elba with an original cockney accent) who the synopsis says is the only guy badder than the duo. But do not expect the team-up to be buttery smooth. These big men bring with them big egos and do not get along easily. There is a clear Lethal Weapon vibe here.

And their enemy is a man who is cybernetically enhanced and has superhuman strength. In one scene we see Brixton kicking the heroes’ butts single-handedly.

The official synopsis states, “Ever since hulking lawman Hobbs (Johnson), a loyal agent of America’s Diplomatic Security Service, and lawless outcast Shaw (Statham), a former British military elite operative, first faced off in 2015’s Furious 7, the duo have swapped smack talk and body blows as they’ve tried to take each other down.”

It continues, “But when cyber-genetically enhanced anarchist Brixton (Idris Elba) gains control of an insidious bio-threat that could alter humanity forever — and bests a brilliant and fearless rogue MI6 agent (The Crown’s Vanessa Kirby), who just happens to be Shaw’s sister — these two sworn enemies will have to partner up to bring down the only guy who might be badder than themselves.”