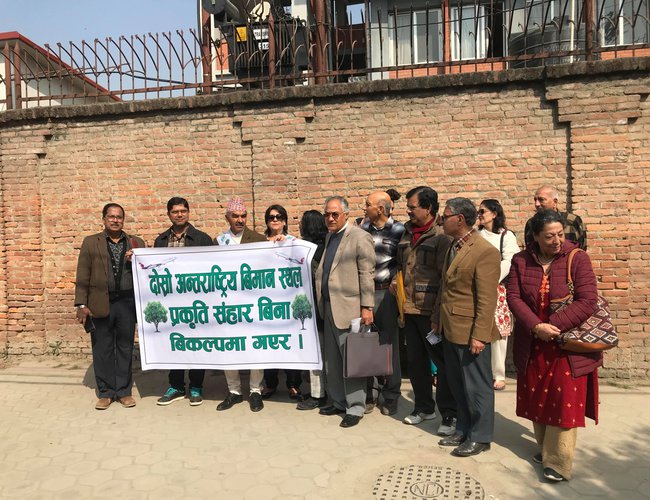 Group of representing civil society members and environmentalists handed over a petition to the Prime Minister K.P.Sharma Oli, Minister of Forest and Environment and Minister of Culture, Tourism and Civil Aviation demanding to construct the second International Airport at alternative sites instead of Neejgadh forest chopping off 24lacs trees.

Public petition signed by various personalities of the society expressed their solidarity to save Neejgadh forest campaign suggesting constructing the SIA at Alternative sites.

Similarly Environmental Activist Chanda Rana presented a review on EIA of Neejgadh Airport. She demanded to go for alternative sites rather than destroying the pristine forest of Neejgadh.

Rana highlighted that EIA does not meet international standard because it lacks extensive studies of Ecological damages due to construction of second International Airport.

She demanded team of national and international experts of bio diversity and wild life should have been hired to prepare EIA. She said that the EIA report is contradictory as it says that this Neejgadh Forest is chain of unbroken Forest from Nawalparasi to Bagmati which is rich on Biodiversity. But EIA fails to mention the wild life habitats being dependent on food. Resource, minerals etc at this unique chain of Forests.

According to Rana when feasibility study of SIA had been conducted on 2011 why was not it made public? And why feasibility report copy was not provided to EIA team which prepared EIA at 2018!

“How can EIA be of standard without providing copy? Of feasibility studies done earlier at 2011? EIA mentions wild life will shift to PNP when noise pollution of aircraft takes place? How relevant is this? Even ICAO regulation does not permit to construct Airport near the protected areas and it is linked with PNP? Asked Rana 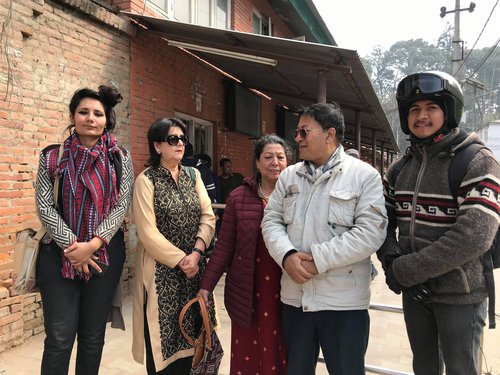 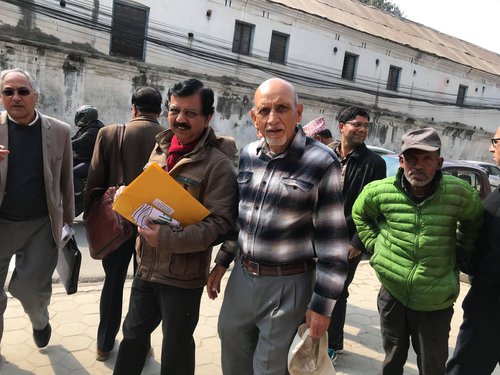