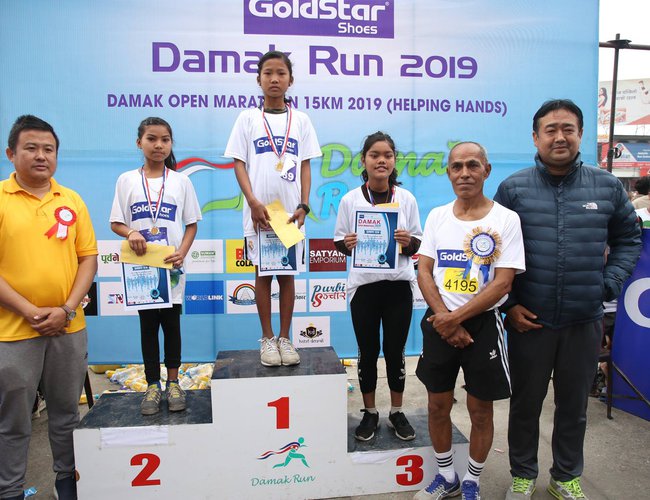 Sandhya Sangden, a fourth grade student of New Horizon Academy, living in Pathari-Sanischare Settlement, stood first in the 5K run in the girl’s age group category of 5 to 12 years.

“I am very happy,” said Sandhya after her name was announced as the winner. “I had not thought about winning. I just kept running and I surprised myself.”

It was Sandhya’s maiden participation in the marathon event, which introduced children’s category for the first time this year.

“I had won several medals in running competition in my school. This is the first time I ran for such a long distance,” said Sandhya.

This year, more than 600 runners including 25 Bhutanese refugees from two settlements of Beldangi and Pathari-Sanischare participated in the annual sporting event.

Over the past three years, UNHCR Sub-Office in Damak has symbolically supported the event and the nominal support has helped to fostering good relations between refugees and the host community.

“The bonding and friendship between people, irrespective of their background and status, has been a hallmark of Damak Open Marathon,” said Diwas Rai, the organizer of the event.

“We are happy that we have been able to contribute in peaceful co-existence between the locals and refugees through sporting events like running,” said Rai.

In a very kind solidarity gesture that was very inspiring, Sandhya and despite her personal needs for the money, had gladly donated NPR 1,000 to the Bhutanese Refugee Children Forum (BRCF), which has been working for the welfare of refugee children residing in two refugee settlements in Jhapa and Morang districts, through awareness raising activities and mainstreaming collaboration with the host community children.

The main event of 15 km run in Damak Open Marathon was won by Tirtha Pun and Kanchi Maya Koju in the male and female category respectively.

Since late 2007, UNHCR, together with the international community and the Government of Nepal, has helped over 113,200 refugees from Bhutan resettle in the United States, Canada, Australia, New Zealand, Denmark, Norway, the Netherlands, and the United Kingdom. The current population of Bhutanese refugees in the two settlements stands at 6,621.

As part of finding sustainable solutions for the remaining refugees, UNHCR recently carried out a data collection exercise for voluntary repatriation of those refugees who have been dreaming of their return to Bhutan. A range of other protection and assistance program is also being implemented in the country of asylum while building synergy between the refugee and the host communities. 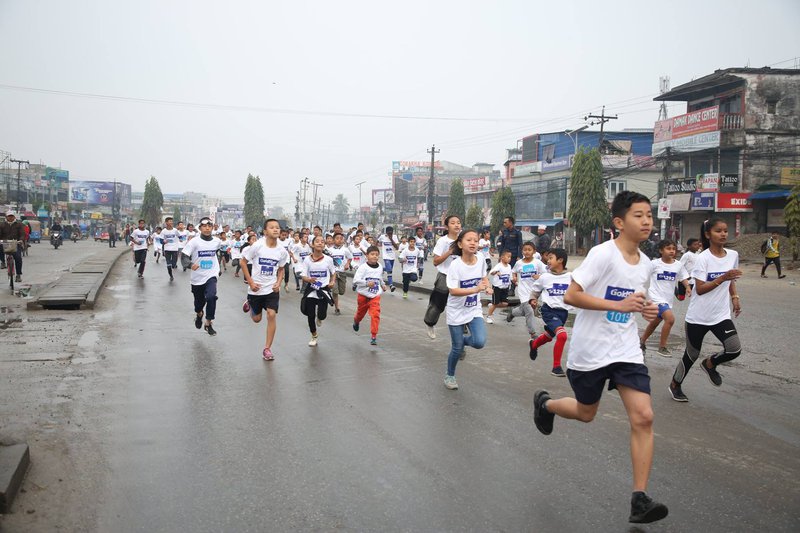 Children participating in the 5K Run. 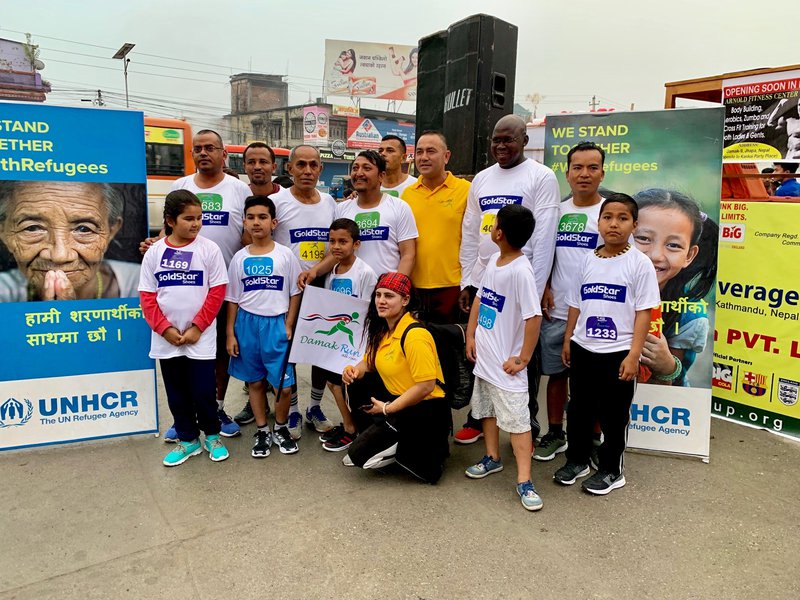 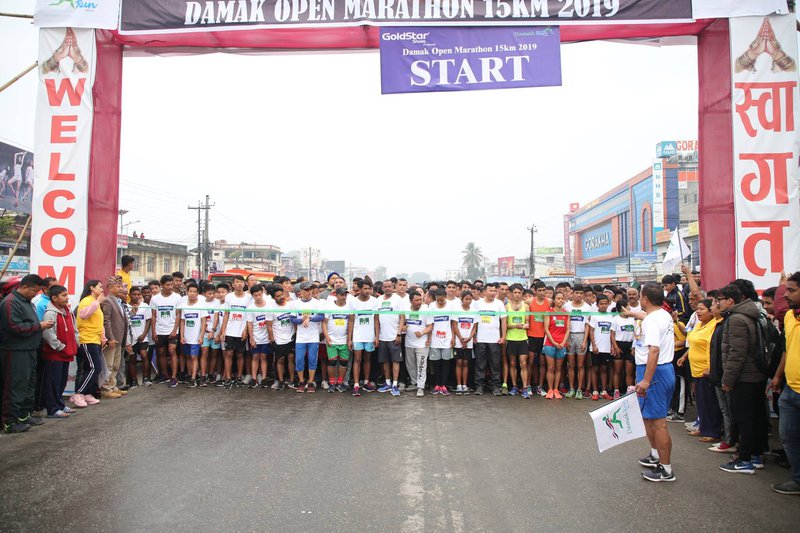 Runners getting ready for the Damak Open Marathon event.

All the photos courtesy to Damak Run organizer

India Open To Engaging With Nepal In An Environment Of Trust And Confidence: MEA Spokesperson By NEW SPOTLIGHT ONLINE 1 day, 5 hours ago

Trump Says U.S. "Terminating" Relationship With WHO By NEW SPOTLIGHT ONLINE May 30, 2020

More Than Half A Million Nepali Foreign Migrant Workers Registered For Repatriation By NEW SPOTLIGHT ONLINE May 30, 2020

Prime Minister Narendra Modi Completes One Year Of His Second Tenure By NEW SPOTLIGHT ONLINE May 30, 2020