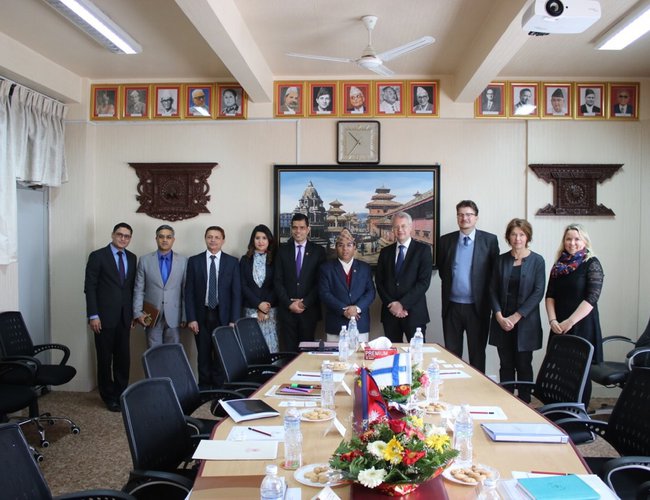 Bilateral Discussions between the Foreign Ministries of Nepal and Finland were held at the Ministry of Foreign Affairs in Kathmandu.

Delivering his opening remarks in the Discussions, Foreign Secretary Shanker Das Bairagi expressed satisfaction over the existing state of Nepal-Finland relations and underscored the need for enhancing economic engagements in the days ahead. 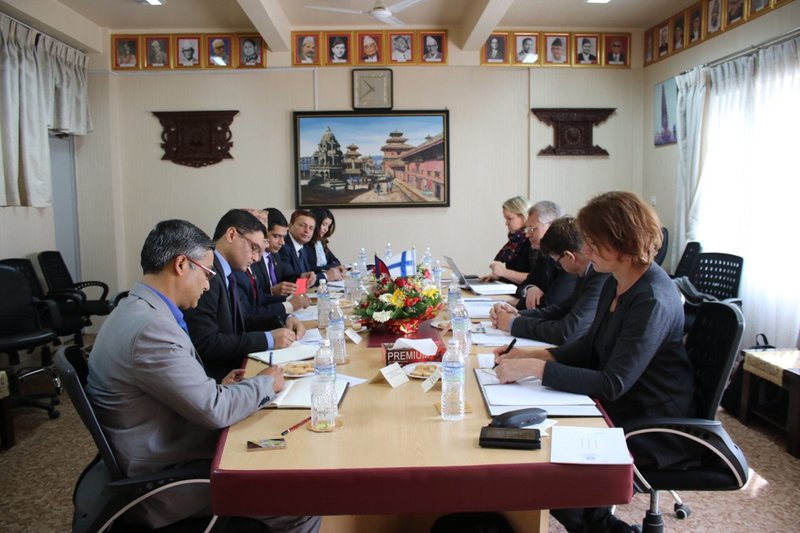 The Finnish side congratulated Nepal on the overall political achievements made in recent times including the successful elections in 2017 and assured continuity of their support to Nepal's development endeavors.

The Nepali side appreciated the Finnish cooperation, particularly in the areas of education, water and sanitation, and gender equality and inclusion. During the meeting, the two sides took stock of existing bilateral relations and exchanged views on further promoting cooperation in the areas of trade, investment and tourism, among others.

They also discussed regional and interactional issues of mutual interests" The Finnish delegation consisted of the Ambassador of Finland to Nepal Pertti Anttinen and officials from the Ministry of Foreign Affairs of Finland as well as the Embassy of Finland in Kathmandu.

Nepal Army In Search Operation To Find Out Missing Korean And Nepali In Annapurna Circuit By NEW SPOTLIGHT ONLINE 13 hours, 46 minutes ago

India Supported Construction Of A School Building In Thankot By NEW SPOTLIGHT ONLINE 15 hours, 35 minutes ago