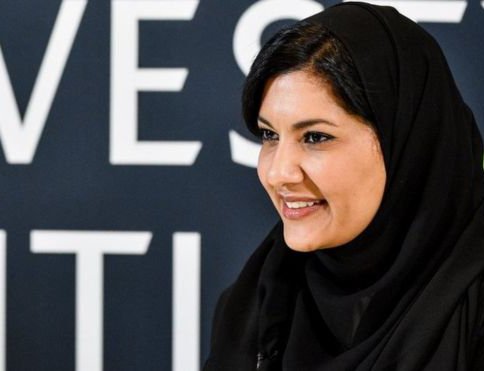 Saudi Arabia has announced that Princess Rima bint Bandar al-Saud will become its next ambassador to the US - the first woman ever to take on an envoy role for the kingdom.

Her appointment was made public in a royal decree on Saturday.

She assumes the role at a difficult time, as Saudi Arabia tries to quell an international outcry over journalist Jamal Khashoggi's death.

After giving conflicting explanations of what happened, the Kingdom eventually admitted Khashoggi, who was once a Royal insider, was murdered after entering the country's consulate in Istanbul last year.

Before his death the journalist was a columnist for the Washington Post newspaper, where he frequently criticised the Saudi government.

Saudi Arabia denies that Crown Prince Mohammed Bin Salman had any involvement in his death - a claim the US intelligence community has cast doubt on.

US lawmakers have tried to pressure the White House into investigating the matter further.

Recently, members of Congress have also investigated US-Saudi relations in other areas, including on nuclear technology and the war in Yemen.

Princess Rima will take over the role from the crown prince's younger brother, Prince Khalid bin Salman, who has been appointed as the country's deputy defence minister.

She follows in the footsteps of her father, Bandar bin Sultan al-Saud, who held the US ambassador post from 1983 until 2005.

Because of his role, she spent part of her childhood growing up in the US. She also got a Bachelor of Arts degree in Museum studies from George Washington University.

Since returning to Riyadh in 2005, Princess Rima has worked in both the private and public sector.

She has held several business positions, including as CEO of a retail company with Harvey Nichols Riyadh in its portfolio.

The princess is widely viewed as being an advocate of women's rights, in a country frequently criticised for its record on gender equality.

More recently, she worked at the kingdom's General Sports Authority, with a focus on increasing women's participation in sport and exercise.

She has also known for her work around breast cancer advocacy.

Rockets Rain On Tel Aviv As Violence Expands By Agencies 2 days, 6 hours ago