The IAF pilot was released by Pakistan today after Prime Minister Imran Khan announced his release as a "peace gesture". 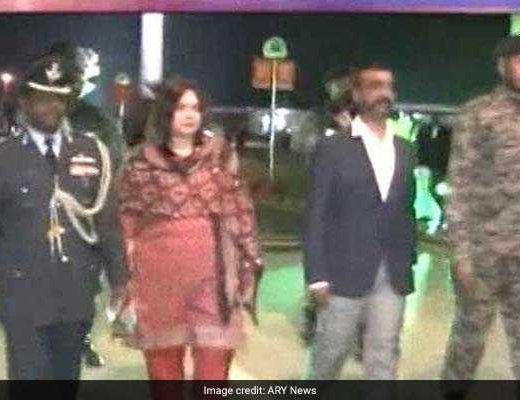 There was happiness and cheer across the county after Air Force pilot Abhinandan Varthaman was released by Pakistan today. Prime Minister Narendra Modi and other leaders welcomed the brave pilot, who has become a hero for the entire nation after he showe immense grit and grace while in the enemy's captivity. Wing Commander Varthaman's release had been delayed due to certain reasons

News agency ANI reported that Pakistan has changed the timing of handover twice. New Delhi wanted to bring back captured Indian Air Force (IAF) pilot Abhinandan Varthaman from Pakistan by a special flight, but was denied permission. Pakistan has said Wing Commander Abhinandan Varthaman was being released as a "gesture of peace". It is not clear whether the pilot will be handed over to the International Red Cross or to the Indian authorities by Pakistan.

IAF pilot Abhinandan Varthaman's MiG 21 was shot during an aerial combat between India and Pakistan on Wednesday morning. He has been in Pakistan since then.

India had rejected Imran Khan's call on Thursday for a dialogue, saying there would be "no deal" on the Wing Commander Abhinandan Varthaman's release.

Amid soaring tension, the government demanded the "immediate and safe return" of the pilot and said it "would be well-advised to ensure that no harm comes to him".

Tensions between the two countries escalated after Indian fighters bombed terror group Jaish-e-Mohammed's biggest training camp near Balakot deep inside Pakistan early Tuesday. It came 12 days after the JeM claimed responsibility for a suicide attack on a CRPF convoy in Kashmir, killing 40 soldiers.

Situation In China-India Border Area Is Stable And Under Control: Chinese Foreign Ministry By NEW SPOTLIGHT ONLINE 1 day, 5 hours ago

Japan To Lift State Of Emergency For All Areas By NEW SPOTLIGHT ONLINE 4 days, 4 hours ago