Defying All Odds, A Nepali Female Peacekeeper Is Serving In South Sudan 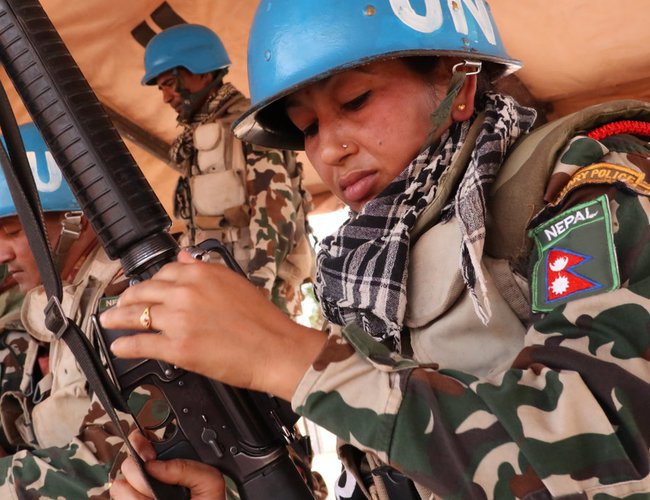 Lance Corporal Mina Thapa not only defied the odds by joining the army – a male-dominated field – but went a notch higher by accepting to be a part of the Nepali military peacekeeping force, she is now serving in South Sudan, far away from home.

For Mina, joining the army was an opportunity to live a childhood dream.

“As a child, I didn’t know whether women were recruited into the army, but my dream was to be a soldier and serve the nation,” she said with a gleam on her face.

Listening to her combat story, it becomes fairly easy to tell what the source of inspiration to join the army was for her.

“My father was also a military officer, so I got a lot of inspiration from him. The works of the military in our society also inspired me a lot,” she says.

Two hundred women applied to join the Nepali army on the same day as Mina.

Having the desire to join the military is one thing, but surviving through the drills and tough training, is another. Mina says it is not only the physical strength that many focus on. It takes a lot of mental and emotional perseverance.

“People think that women can’t work in the army. The training was very tough in the initial days of my career. But after some time, I and my peers got acclimatized with whatever we were being taught,” she says before adding, “This is what many in the army call dying a little.”

Soon, her combat work was to take her to serve on a foreign, UN peacekeeping mission.

“I was very happy when my organization selected me to serve on a UN Mission. I knew this would come with new challenges, but I would be able to fulfill my childhood dream of serving humanity,” she says.

Indeed, the challenges were to be enormous. Travelling the long journey from Asia to Africa, change in weather and diet, staying away from family, and being on the alert at all times are just a few on her long list of challenges.

“Before coming to South Sudan we had a Mission Specific Training and Peacekeeping (MSTP) at the military school,” she explained. 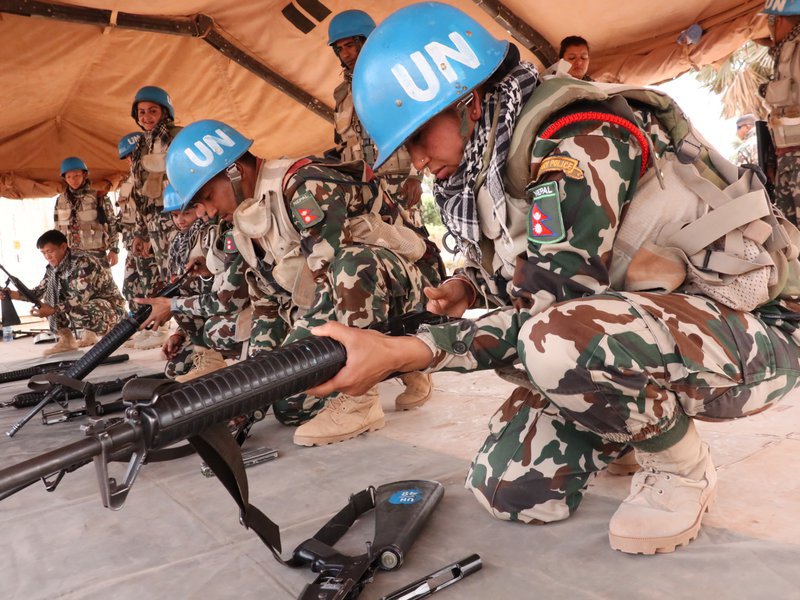 Daily, Mina joins long and short distance patrols, keeps guard at the watch towers, town patrols, base patrols and other assignments as they come from her commanders.

Straight away to handling a gun, the speed and accuracy with which she unpacks and re-assembles a gun is a clear indication of a perfectly mastered drill.

“Peacekeeping is a challenging job, but we perform our duties with utmost discipline as per the mandate of the United Nations Mission in South Sudan,” she emphasized as she unpacked her message to other women saying: “As women, we must believe in ourselves. We can perform all other duties in the UN cutting across peacekeeping and administration duties.”

How does she manage to juggle between her combat duties and family responsibilities, one may wonder.

“My view is different. A military job is sacrifice,” she says, concluding, “To achieve your military goals, you must do a lot of self-sacrifice. All human beings are my family. Serving humanity gives me the courage to accomplish my duties and responsibilities.”

India Open To Engaging With Nepal In An Environment Of Trust And Confidence: MEA Spokesperson By NEW SPOTLIGHT ONLINE 3 hours, 45 minutes ago