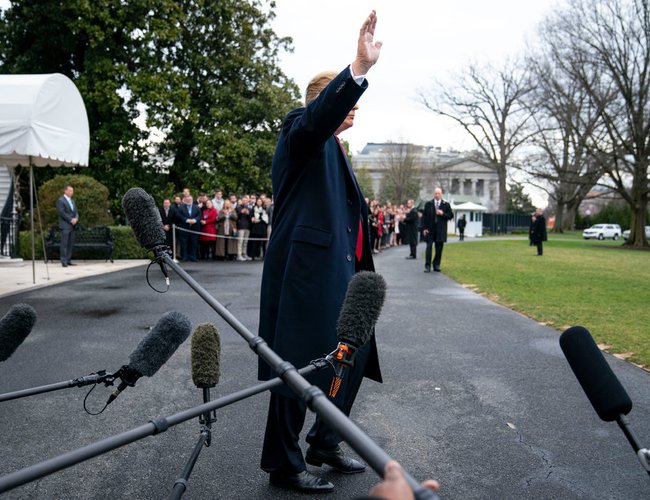 The end of Robert Mueller’s investigation is the beginning of a protracted political and legal fight over the special counsel’s final report and the evidence he uncovered.

The regulations that governed Mr Mueller’s work are sparse and were drafted in the aftermath of Kenneth Starr’s long and salacious investigation into Bill Clinton in the 1990s.

Mueller is only required to give the US attorney-general, rather than Congress or the public, a “confidential” report explaining his decisions to prosecute or not to prosecute, according to the regulations.

Now that he has done that, the ball is in the court of the attorney-general, currently William Barr, who was appointed by President Donald Trump late last year and took office in February.

Barr is similarly required to do relatively little by the regulations. He has given notification to Congress that Mr Mueller’s work is finished. That is the legal framework that dictates what must happen.

What could happen is much more expansive.

At his Senate confirmation hearings in January, Mr Barr promised to issue his own summary report and said he would lean towards transparency while keeping in mind the justice department’s policy on not publicly criticising conduct that has not resulted in charges.

His comments raised the possibility that any description of conduct by Mr Trump will be kept under wraps. Under current justice department policy, a US president cannot be indicted.

The White House and Congress will also come into play, as well as possibly the courts.

The White House may attempt to make claims of executive privilege to limit disclosures by Mr Barr, a move that could have particular significance for the portions of Mr Mueller’s report that concern potential obstruction of justice by the president.

Executive privilege — that a president’s communications with people in their administration are exempt from public disclosure — is an argument long made by both Democratic and Republican administrations.

Congress, particularly the Democratic-controlled committees in the House of Representatives, will push for as much disclosure as possible, including of Mr Mueller’s original report in its entirety, and of any underlying evidence.

Lawmakers will use political pressure, the precedent of disclosures of evidence in other cases and even potentially their subpoena power, which could lead to disputes that ultimately need to be resolved in the courts.

China Registered 4.9 Percent Growth In The Third Quatar By Agencies 5 days ago

China On The Agenda For QUAD Talks In Tokyo By Agencies 2 weeks, 4 days ago

Kuwait’s Sheikh Sabah Died At The Age Of 91 By Agencies 3 weeks, 3 days ago