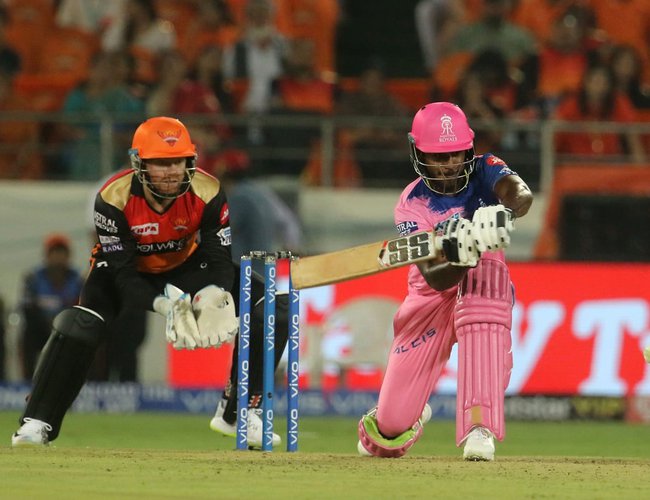 Sanju Samson scored his second century of the Indian Premier League (IPL) and first of the ongoing 12th edition during a match between Rajasthan Royals and SunRisers Hyderabad in Hyderabad on Friday. Sanju Samson stitched together a century stand with skipper Ajinkya Rahane to guide Rajasthan Royals to a mammoth 198 for two. Samson didn't spare a single SunRisers' bowler and remained unbeaten on 102 that came off just 55 balls with the help of 10 fours and four hits over the fence.

Opening the batting after winning the toss, Rahane led from the front with 49-ball 70 and together with Samson shared 119 runs for the second wicket after the early dismissal of Jos Buttler.

While Rahane played the anchor's role, Samson opened up his arms soon and smashed two sixes in consecutive overs of Shahbaz Nadeem and Siddarth Kaul to give some momentum to Rajasthan's innings.

Both Rahane and Samson paced their innings to perfection, as after playing cautiously initially, they broke their shackles when needed and notched up the team's 100 in 11.5 overs.

Rahane registered his first fifty of the ongoing IPL in 38 balls while Samson brought up his half-century in 34 deliveries. 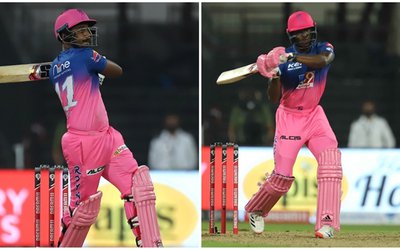 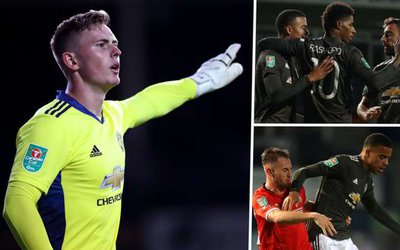 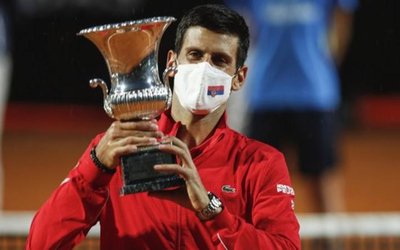 Juventus Superstar Ronaldo Will Spend Time Out Of The Team By Agencies 2 days, 1 hour ago