The Government Will Construct Budhi Gandaki Project On Its Own: Minister Pun

The Government Will Construct Budhi Gandaki Project On Its Own: Minister Pun 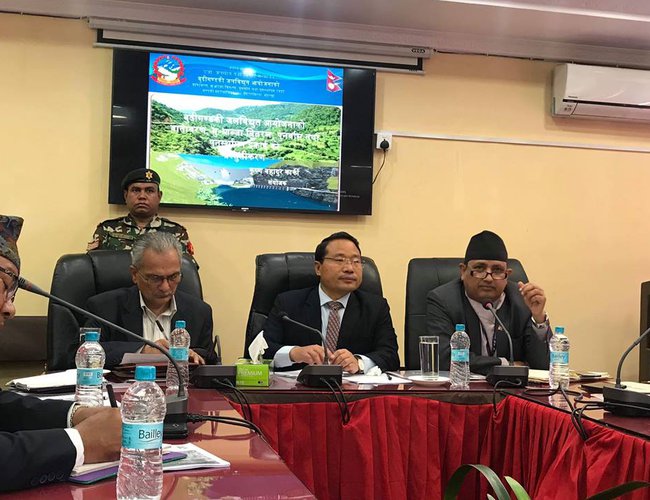 Minister Pun said that he will table the policy on rehabilitation and resettlement. After passing the policy, the distribution of compensation will move without any disruptions.

“Since Budhi Gandaki Hydropower Project is a national priority project, the government will push the project at any cost,” said Minister Pun. “Since the project is closer to load center, this is very important project for the country.”

He has made it clear that the project will move at any cost.

Addressing a discussion program on rehabilitation, compensation and resettlement issue of Budhi Gandaki Hydropower Project with the Member of Parliament, local level elected representatives, provincial MP and ministers including, Pun has made it clear that there will be no delay in implementing the project;

Participating in the program, former Prime Minister Dr. Baburam Bhattarai urged the government to construct the project on its own rather than handing it over to a foreign joint venture company

The committee also decided to issue 1.54 million shares to public. Minister of Energy, Water Resource and Irrigation Pun said that the ministry will take all necessary decisions to materialize the

Kaligandai A Hydropower Shut Down, No Disruption In Electricity Supply: MD Ghising By NEW SPOTLIGHT ONLINE 3 days, 5 hours ago