Jet Airways Will Ground Itself Tonight With Amritsar flight

Jet Airways Will Ground Itself Tonight With Amritsar flight 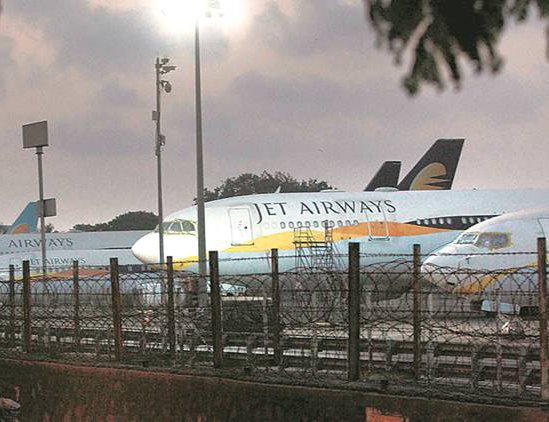 After over four months of flailing its wings to stay afloat amid a cash-drought, crisis-riddled Jet airways finally threw in the towel Wednesday after its lenders refused to offer an Rs 400-crore lifeline.

A decision of Jet Airways, Hotels in Kathmandu recieved a lot of canciliation.

“With immediate effect, we are compelled to cancel all our international and domestic flights. The last flight will operate today,” read a statement by the airline.

The airline took the decision in the wake of lenders refusing to offer a lifeline. “Since no emergency funding from the lenders or any other source is forthcoming, the airline will not be able to pay for fuel or other critical services to keep the operations going… and has decided to go ahead with temporary suspension of operations,” the airline added.

Jet Airways, decidedly one of India’s biggest aviation brands, first started operating on May 5, 1993, with their maiden flight 9W321 plying between Mumbai and Ahmedabad. When the Indian government first cleared the decks for the entry of private players in the aviation industry, founder Chairman Naresh Goyal was the first to grab the opportunity. Ever since then, the airline steadily built its foundations on the principle of customer focus and service. At its peak, Jet operated over 120 planes and well over 600 daily flights. In recent weeks, the airline has been forced to cancel hundreds of flights and to halt all flights to overseas destinations.

Late last night, Jet Airways was informed by State Bank of India, on behalf of the consortium of lenders, that they were unable to consider its request for critical interim funding, the airline said in the statement.

The crisis at Jet, which owes vast sums to suppliers, pilots lessors and oil companies, has deepened in recent weeks as its lessors have scrambled to de-register and take back planes, in a sign the bailout plan had failed to assuage their concerns.

With input of Indian Express