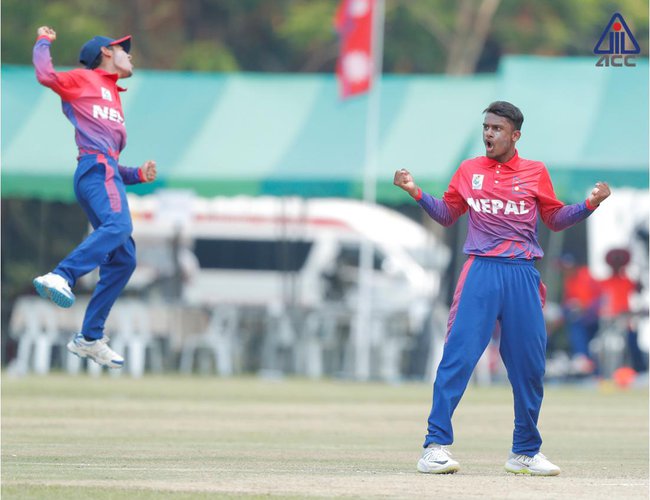 Nepal defeated Malaysia at a prestigious title in the final of the ACC U16 Eastern Region at Prem International School in Chiang Mai on Sunday 28th April. Both the team reaches final after winning their respective semi-finals.

Nepal won by 59 runs! Clinch the 2019 edition of the ACC U-16 Eastern Region Tournament. Krish Karki gets the final wicket! Malaysia bowled out for 81 in 34.5 overs. Bishal Kumar Patel is on a roll! 3/14 in his 4 overs. His wickets pushed match in favour of Nepal.

Batting first, Nepal has scored 140. However, Malaysia was out just making 81 runs.

Nepal won semifinal defeating Hong Kong by four wickets as they reached their target in 21.4 overs. Nikhil Kumar Singh was named player of the match for his figures of 4 for 16.

Like today, Nepal took control of their semi-final against Hong Kong at Prem from the start as left-arm fast bowler Bishal Patel dismissed both openers lbw with well pitched inswingers.

In the last match, left-arm spinner Ramesh Kurmi took two for 14 in his 7 overs and off-spinner Nikhil Kumar spin had the best figures as he claimed 4 for 16. Hong Kong were dismissed for 86 in 32.2 overs but Bhagwati had ensured that his bowlers at leat had something to bowl at.

Although Malaysia’s batting order has an impressive depth to it and Ahmed Akmal and Muhammad Haziq, Nepalese spinners have played very well. 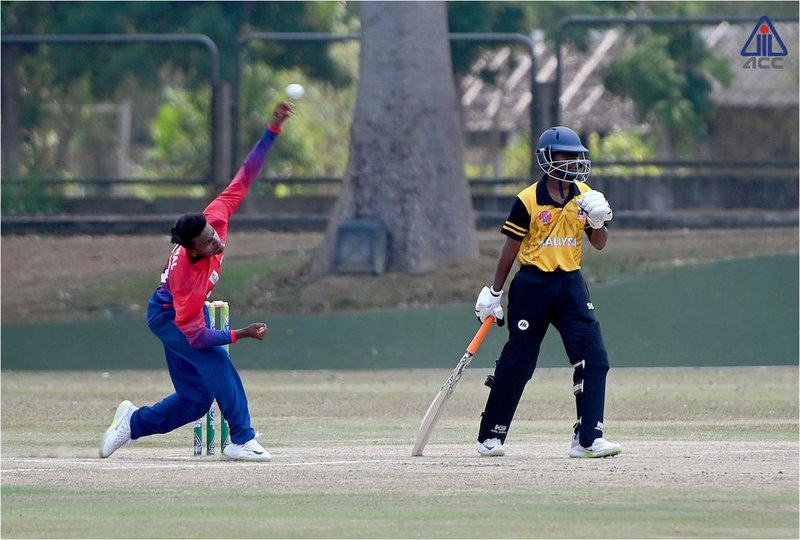 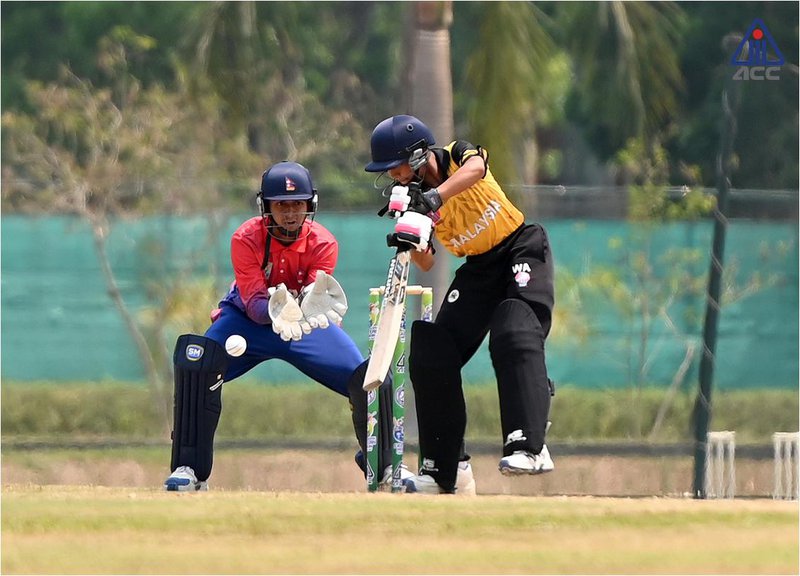 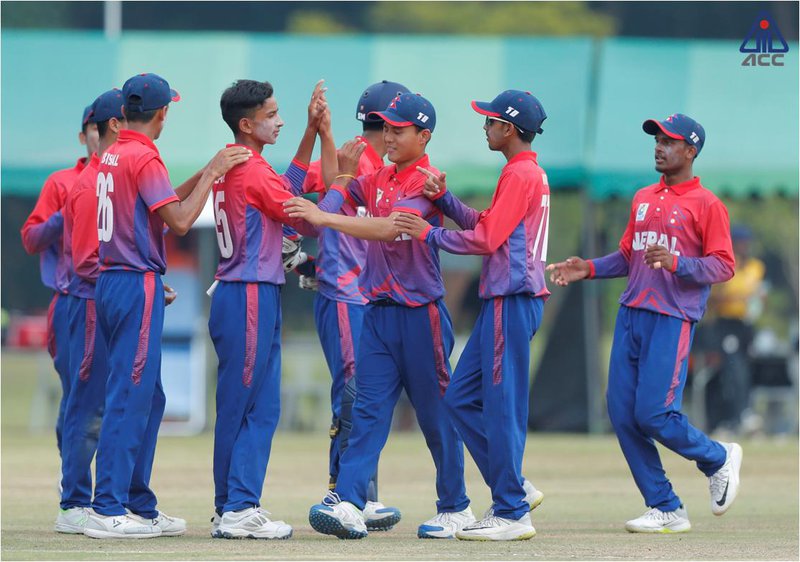 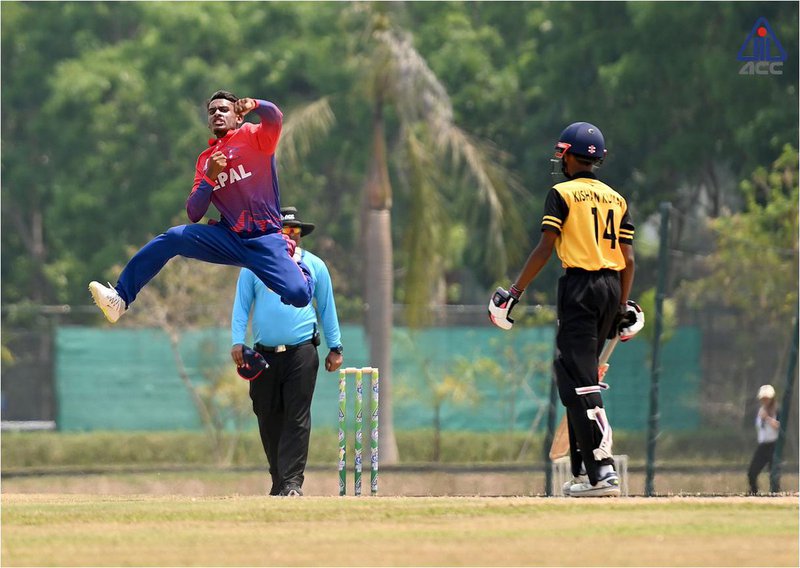 Rapid Vienna 1-2 Arsenal: Aubameyang To The Rescue After Leno Howler By Agencies 3 days, 16 hours ago