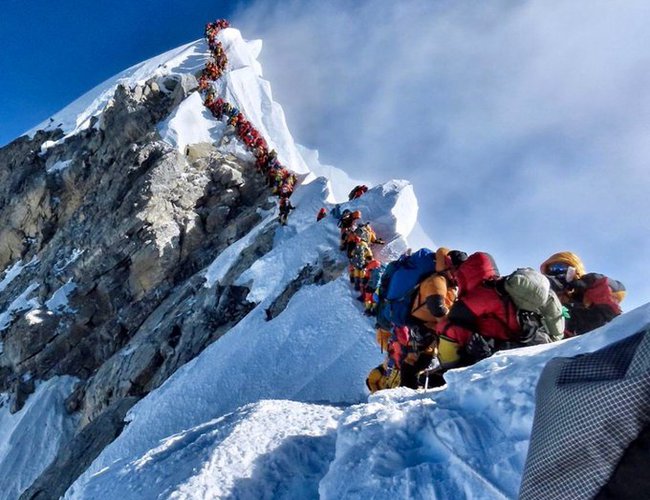 The death toll in the different mountains above 8000 meter reaches to 13 the spring climbing session. An Indian woman climber died on Mt Everest last night.

According to Thupden Sherpa, an official at Arun Treks, Anjali S Kulkarni from Mumbai, India breathed her last at above Camp IV after she fell ill while descending from the summit point yesterday.

The Himalayan Times report that the incident occurred when Anjali along with her husband Sharad Kulkarni were returning from the summit point, Sherpa quoted the fellow climbers as saying from Camp IV. The duo successfully made it to the roof of the world on Wednesday morning, he added.

The 54-year-old climber was part of the six-member expedition led by Rabindra Kumar, according to the Department of Tourism. Efforts were underway to recover her body from Camp IV, the officials said.

The season witnessed at least 13 fatal incidents with four deaths on Mt Everest, three each on Mt Kanchenjunga and Mt Makalu as well as one each on Mt Lhotse, Mt Annapurna and Mt Cho Oyu till date reports The Himalayan Times quoting officials.

Chinese Survey Team Expected To Reach Summit Of Mt. Everest On May 27 By Xinhua 7 months, 3 weeks ago