Everest Is Ready For Climbing

Everest Is Ready For Climbing 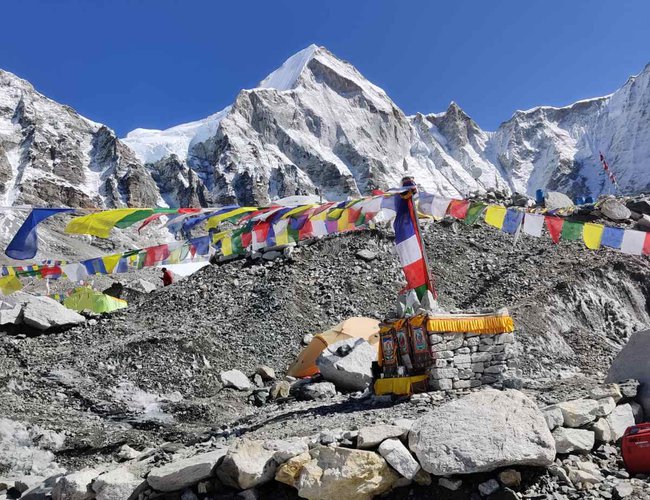 Road construction work has been completed for scaling the highest peak, Mount Everest. A nine-member team including six icefall doctors sponsored by the Sagarmatha Pollution Control Committee (SPCC) Namcheka has completed the ascent from the Everest base camp reports The Rising Nepal online.

After the start of the ‘spring’ season of climbing Mt. Everest, the team of icefall doctors started construction of the road in the second week of March.

An experienced and skilled person who makes a path in the snow is called an icefall doctor.

The construction has been completed under the leadership of Angsarki Sherpa, said Yangjidoma Sherpa, Information Officer of the SPCC Namcha. For years, the government has been assigning the task of building the path to Everest to the SPCC.

Every year a new path is built by replacing the old road damaged by snow. Icefall doctors will build a path to the summit of Mt. Everest by connecting aluminium fences. Climbers can reach the peak of Mt. Everest only after clearing the snow-covered road from Icefall to Camp-2, hanging ropes and placing staircases reports The Rising Nepal.