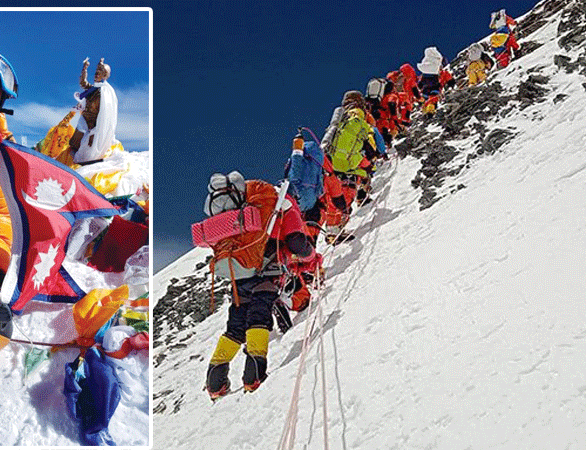 Sonam Sherpa, 17, has successfully climbed Sagarmatha, in the first summit of his campaign to climb the tallest peaks of all seven continents of the world.

Sonam, along with his father Purna Kumar (PK) Sherpa, reached the top of the mountain at 7.30 am on Sunday, formally beginning their campaign to climb the tallest mountains of all the continents to raise awareness about climate change. The two had announced the campaign three years ago but had not been able to begin due to technical problems and the global outbreak of the coronavirus pandemic.

PK had already climbed Sagarmatha twice before – in 2010 and 2011 – during the mountain cleaning effort to collect biodegradable and non-degradable wastes from the peak. A resident of Mauwakhola, Taplejung, PK has more than three decades of experience in mountaineering and tourism and has been active in informing people about the negative impacts of climate change and global warming for years.