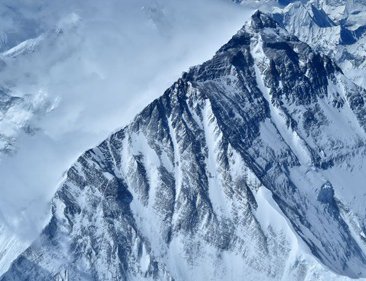 As many as 177 climbers have scaled Sagarmatha/Mt. Everest in a single day, on Sunday reports The Rising Nepal.

Ganendra Shrestha, contact officer at the Everest Base Camp, informed that a large number of climbers summited the highest peak as they all aimed at scaling it all together because of the possible bad weather.

This was one of the largest number in terms of mountaineers conquering the highest peak. A record 200 climbers had scaled Mt. Everest in a day four years ago.

Expedition agencies have said that climbing was halted for five days starting today, Monday, because of possibility of bad weather with heavy snowfall and strong winds and that the climbing would resume from 29 May.

408 climbers from 44 expedition teams have reached base camp obtaining permission to scale the highest peak in the world. According to Nepal Tourism Board, the number of climbers is the highest so far, which generated a revenue of Rs. 496 million reports The Rising Nepal.

Everest Is Ready For Climbing By Agencies 9 months, 4 weeks ago