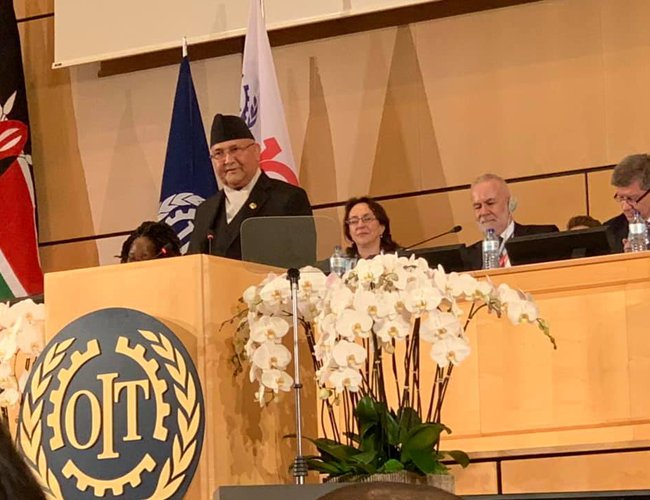 Prime Minister K P Sharma Oli said that Preambular pledges of the ILO’s Constitution as the ‘moral minimum’ and urged international community to demonstrate its renewed commitment to meet and rise above these minimum labour standards. While visualizing Nepal’s agenda for decent work under the theme of ‘skilled workers, prosperous Nepal and happy Nepali’, he elaborated that democracy without economic rights and social justice remains incomplete.

He addressed the High-Level Session of the Centenary International Labour Conference in Geneva this afternoon. Prime Minister also signed the ILO’s “Golden Book” in the presence of Moussa Oumarou, Deputy Director General for Field Operations and Partnerships of ILO appreciating the ILO’s contribution over the last hundred years for a just and equitable social order.

The Prime Minister together with the ILO’s Director General Ryder witnessed the hand over ceremony of the ILO flag that was hoisted at the summit of Mount Everest.

Earlier this morning, the Prime Minister had a bilateral meeting with H.E. Mr. Fuat Oktay, Vice President of the Republic of Turkey on the margins of the ILO Centenary Session.

Matters of mutual interest including the ways and means of enhancing the bilateral relations were discussed during the meetings. 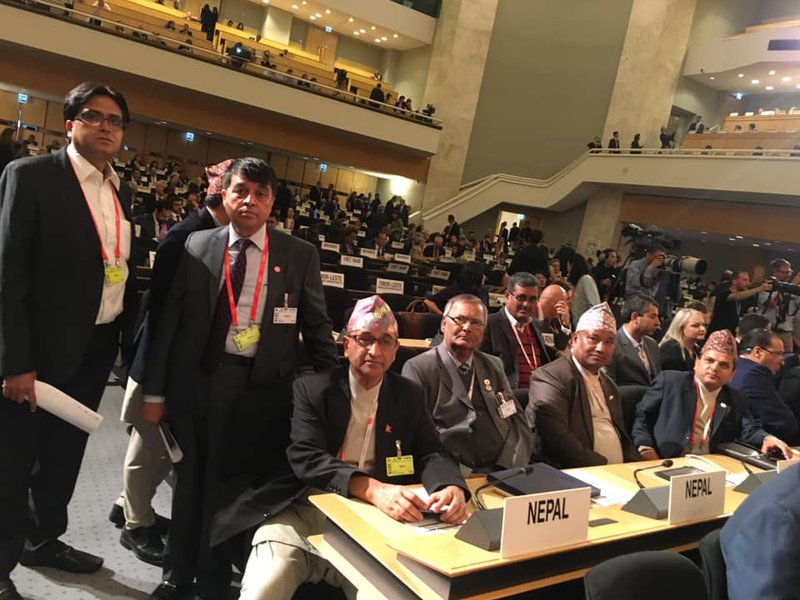 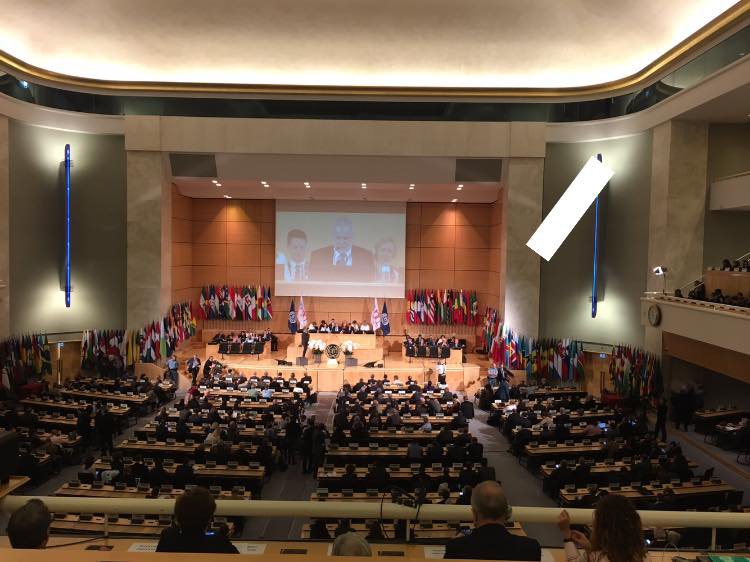 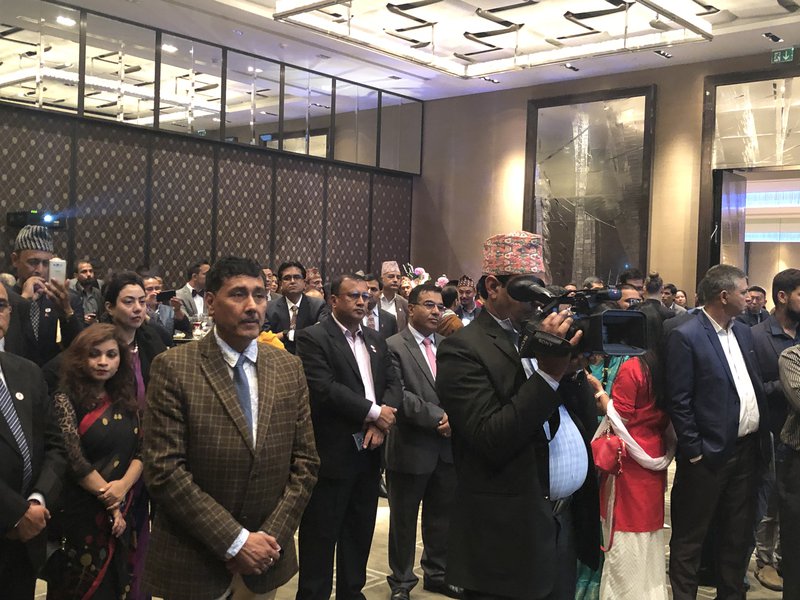