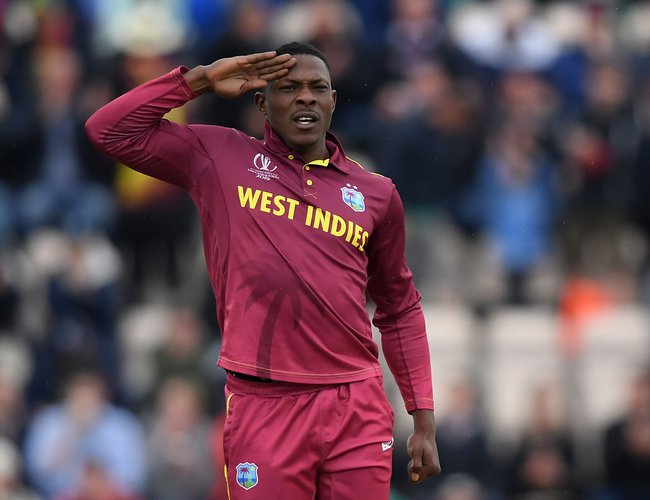 The World Cup match between South Africa and the West Indies was abandoned on Monday after persistent heavy rain in Southampton, with both sides earning a point each.

South Africa, desperately needing a win after defeats in their first three matches of the tournament, lost the toss and were put in to bat under threatening skies.

They were quickly in trouble, with Hashim Amla edging Cottrell to Chris Gayle at slip for just six, sparking the bowler's trademark celebration featuring a short march and salute.

That brought Aiden Markram to the wicket but he made only five before he tickled a Cottrell delivery down the legside and wicketkeeper Shai Hope completed the catch to leave South Africa in deep trouble at 2-28 in the seventh over.

In the following over, delivered by Oshane Thomas, rain stopped play and the covers came on.

The West Indies are fifth in the World Cup table with three points after three matches, while South Africa are second from bottom after four games, leaving their hopes of making the semi-finals hanging by a thread.