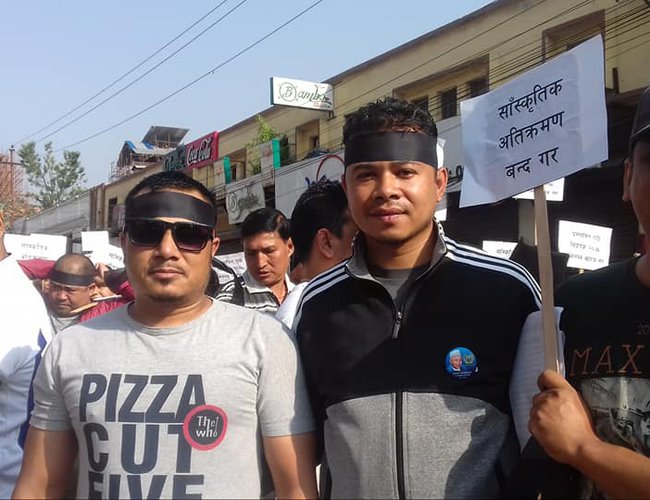 Jyapu Mahaguthi, the biggest organization of the indigenous Newa community, takes to the street today. 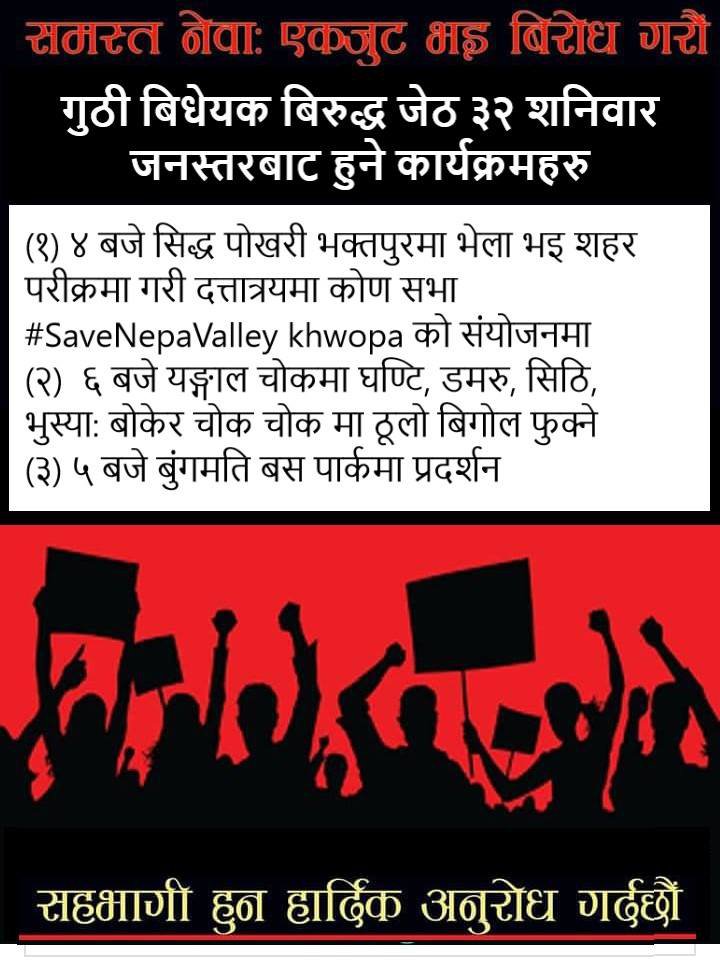 “The momentum is just starting to pick up. Let this snowball into something so big that it addresses all issues that have been suppressed so far,” writes My Nepal My Heritage, a widely followed Face Book Group.

Tonight, NIPJSC calls all the residents of Kathmandu Valley to come to Bashantapur carrying whistles, drum sets, traditional musical equipments and other such equipment to protest against the bill. The agitation group will also organize various protest programs in different parts of Kathmandu on Sunday and Monday.

To show down with the government, NIPJSC also announces to hold a rally against Guthi bill on Mandela on June 19 at 11 am. The struggle committee calls all people who love nation, culture, heritage and traditions to attend the peaceful protest.

#SayNoToGuthiBill Jyapu Mahaguthi, the biggest organization of the indigenous Newa community, takes to the street.

Convener of NIPJSC Ganapati Lal Shrestha said that the agitators are very angry against the government which is disseminating wrong information to the public regarding the demand. He said that Guthi is not a remittance of feudalism nor it is anything related to land but it is the tradition, heritage and culture of Nepal.

“If the government continues to play against us, the people of Kathmandu will rebel against the government which wants to destroy their culture, tradition and heritage,” said Shrestha.

At a time when political parties representing different ideologies, social activist and civil society are backing the agitation against Guthi Bill, former King Gyanendra has expressed his serious concern over ongoing situation in Nepal. Talking informally with some Nepalese in Bangkok Thailand, former King Gyanendra, who has been currently in Bangkok, said that the country’s culture, traditions, religious, rituals and institutions related to them are the strong foundation of Nepalese unity and harmony. Former King said that realizing their importance, one should not disturb such practices.