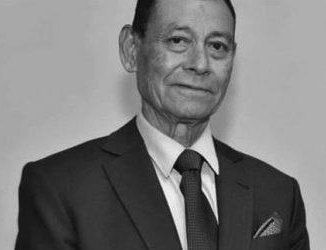 Former foreign secretary Madan Kumar Bhattarai writes in his face book wall,“Malla was from the Judicial Service and served as Secretary to the Government of Nepal, served as judges of various courts and also headed the Judicial Service Training Centre at one time. Two other assignments he had that had something to do with his close association with foreign affairs included his membership of the Nepal-China Border Demarcation Committee headed by Joint Secretary Bishwa Pradhan who later became Special Secretary and Foreign Secretary and served as Ambassador to the US after his initial service as ambassador to Egypt. He used to head the International Law Division of the Ministry of Law and Justice in those days. This was the first time we came in contact with him after our entry into Foreign Service and I was assigned to work in the North Asia Section under Ambassador Bishweshwar Prasad Rimal as Undersecretary and Ambassador Kedar Prasad Koirala as Joint Secretary along with some works with Ambassador Bhinda S Shah who was undersecretary looking after South Asia and even Administration. The other was his heading a one-man commission to enquire into what was called Baneshwar incident.

“Our last meeting was during the recent get-together of former ambassadors. When we were asked to go to Berlin as ambassador, there were some initial hesitations on at least four grounds. First, we were only limited to South Asia in terms of exposure as we had four postings there as if we could work and were born to act only in the region. We, however, really relish those days after our most productive stay in the Sub-continent and take these postings as makers of our career. Second, we had new and fresh but challenging pastures in Europe with Germany then being the third largest economy of the world. We had no prior experience or exposure to Europe and did not know how to handle it. Third, we were the first career people to go there in the context of eight political and non-career luminaries ranging from living martyr Ram Hari Sharma to Commander-in-Chief General Shingha Pratap Shah, with such academic worthies like Gopal Prasad Sharma and Prof. Novel Kishor Rai, not to mention the best administrators on any count like Sardar Bhim Bahadur Pande, Meer Subba Pradyumna Lal Rajbhandari and Kazi Ishwari Man Shrestha who served as ambassador there from 1965 to 2004 and none from the career side was trusted to handle and encroach on this highly preserved position. Last and fourth was our replacing a senior bureaucrat and former Chief Secretary of the persona of Balaram Singha Malla who was given this gubernatorial assignment after almost completion of his tenure as the highest civil servant of Nepal.”

Niranjan Koirala Is No More By A Correspondent 5 months, 2 weeks ago

In Memory Of Dr. Sukhdev Shah By Ambika P. Adhikari 8 months ago

Yagya Prasad Acharya Is No More By NEW SPOTLIGHT ONLINE 8 months, 3 weeks ago