As there is a tectonic shift in Nepal’s neighborhood and world, PM KP Sharma Oli’s recent Europe visit had a little justification 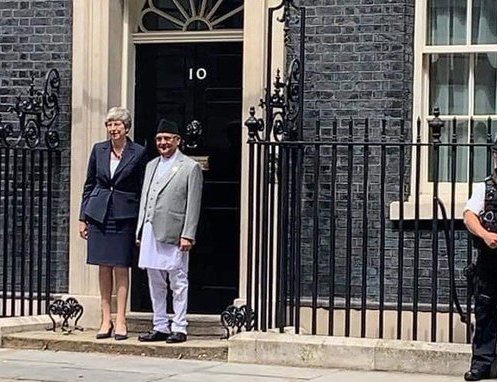 “I believe that the Prince will be successful who directs his actions according to the spirit of times, and that whose actions do not accord with the time will not be successful,” wrote Nicolo Machiavelli in his Prince. He also said that prudent Prince always focused on overcoming irritations.

If one takes stock of the government through the glass of Machiavelli, Prime Minister Oli’s recent actions are not heading towards the right direction as per the current global and regional diplomatic moves.

At a time when Prime Minister of India Narendra Modi is rigorously pushing neighbor first approach and Nepal’s northern neighbor China is coming closer with India and Russia, Nepal needs to adjust its tunes with the spirit of time.

Nepal’s northern neighbor China is pursuing a new diplomacy taking Russia and India on board, indicating a place for a new order in the region and world. However, Nepal’s political leaders seem to be unprepared for this.

Prime Minister of India started his maiden visit from Indian Ocean Iceland nation Maldives and Sri Lanka and his foreign minister chose Bhutan as the first destination of foreign visit. Modi then attended the Shanghai Cooperation Organization (SCO) summit in Bisekk. As India is moving with new message, Nepal is losing its significance in India’s foreign policy regime.

For the communist parties and communist leaders in Nepal like PM Oli, the demand to seek abrogation of Nepal-India 1950 Treaty and Nepal-England and India Tripartite Gurkha recruitment Agreement have been fundamental slogans. They believe that both the issues are necessary to raise their nationalist credentials in Nepal. This hangover is still at the back of the mind of Prime Minister Oli, who spared his limited time to create controversy.

At a time when Nepal and France have been celebrating 70 years of establishment of diplomatic relations, Prime Minister Oli’s visit to France was highly important. However, Prime Minister Oli’s decision to cancel month-long prepared and proposed agreement between Nepal and French Satellite company to operate and manage the country’s own satellite was another diplomatic blunder. 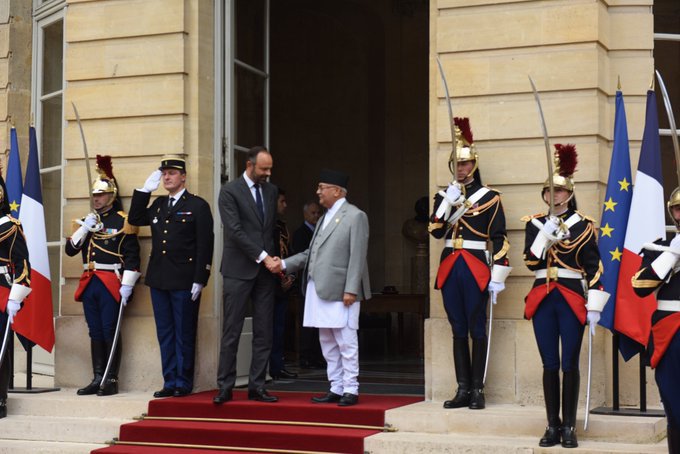 Nepal and France signed two separate Memorandum of Understandings for establishment of Security Printing Press and manage own satellite in March with the French assistance.

Although PM Oli met French Prime Minister Edouard Philippe and discussed several important issues, the visit of Nepalese prime minister to such an important country like France completed in a bitter conclusion.

Domestic political compulsion was more or less similar to Oli with so many political rivals; Rana had maintained his dignity and country’s dignity during his visit.

It is said that a country which can handle the relations well with her immediate neighbors can handle all diplomatic tasks with better results. As Nepalese leaders are unable to develop better understanding and trust with the close neighbor, it is unlikely that they will maintain better relations with others.

Since there were bitter and harsh comments coming from PM Oli’s party cadres and some Nepali Congress leaders, who promulgated the current constitution in a hurry and haste in 2015, through social media and mainstream media on the appointment of S. Jaishanker as foreign minister, Prime Minister Oli and his party failed to establish trustworthy relations with Prime Minister Modi and his foreign minister S Jaishanker.

This is the reason Indian leaders avoided to intensify bilateral activities. Although Foreign minister Pradeep Gyawali sent congratulatory message to his counterpart through official channel, he did not use tweeter to congratulate his counterpart. These events show that the level of mistrust is growing beneath the carpet.

As Nepal has not sincerely made any reconciliatory efforts from top level and all political spectrums, it is a long way to go before establishing “trustworthy” relations again with India. For all the visits of four countries, Prime Minister Oli was unable to bring any tangible results. 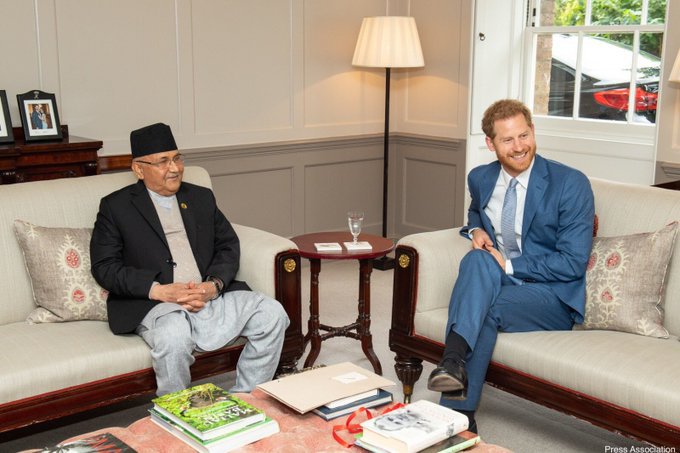 As Machiavelli said in his Prince that nobody wants a doubtful friend who will not support him at the time of war or peace observation, Prime Minister KP Sharma Oli’s recent four visits did not produce better results for him as well.

According to foreign relations expert, it is a normal phenomenon for the foreign policy of any country to be strongly affected by domestic political and economic factors. This is certainly the case for Nepal.

With the backing of two thirds of majority, PM Oli’s government is one of the most powerful. However, it is so weak due to lack of coherent internal support in his own party and country.

Back home, Prime Minister Oli also felt big jolts in his absence. During his visit to India, Co-Chair of Nepal Communist Party Pushpa Kamal Dahal revealed that there is a power sharing agreement under which PM Oli has to transfer power to him after completion of this year.

Prachanda’s political bombshell reduced the political bargaining power of Prime Minister Oli during the bilateral talk with India. When Oli was visiting United Kingdom and France, there were massive protests in Kathmandu against the government move to control Guthi through new legislation.

At a time when Prime Minister Oli was addressing Oxford Union, praising freedom of speech, freedom of press and human rights, Nepalese journalists and human rights activists were demonstrating in Kathmandu, pressing for withdrawal of Press Council Bill and Information and Press Bill.