Having visited Nepal in 1987 as Crown Prince, Japanese Emperor Naruhito has a special connection to Nepal 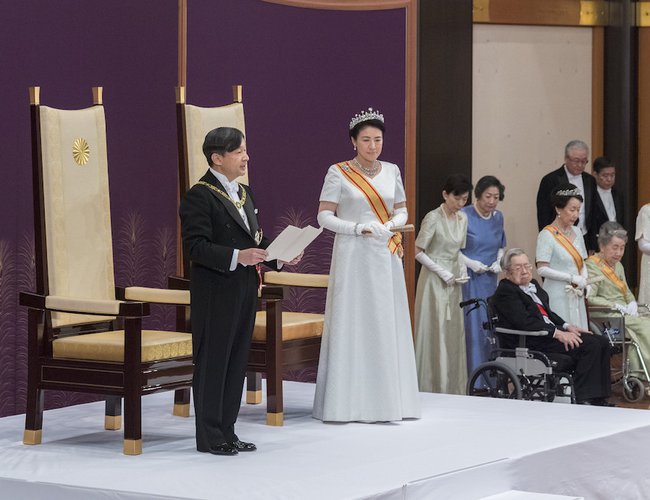 Since Japanese Emperor Naruhito visited Nepal as Crown Prince in 1987, Pokhara has drastically changed. What has not changed is the availability of water.

"While trekking to Sarangkot, Emperor Naruhito saw a woman carrying a bucket of water, then the crown prince realized the time and difficulties for women to fetch water in Nepal. Kind hearted Emperor Naruhito asked many questions expressing concern over the state of water," said one of the retired Royal ADC, who had escorted him in his entire trip.

"I am pretty sure that Emperor Naruhito might have memory of that state visit when then King Birendra had himself joined later in Chitwan with his brother then Prince Gyanendra," said the retired Army General, who wants to remain anonymous.

A retired general of Royal Nepal Army still remembered the smiling face of emperor Naruhito, greeting common and poor folks of Pokhara during his trek in Sarangkot area.

"When I saw 59-year old Emperor appear on the balcony of the Imperial Palace in Tokyo, alongside his wife, Empress Masako, and other members of the imperial family after ascending to the throne, it reminded me of spending gracious days, escorting the royalties of Japan and Nepal." 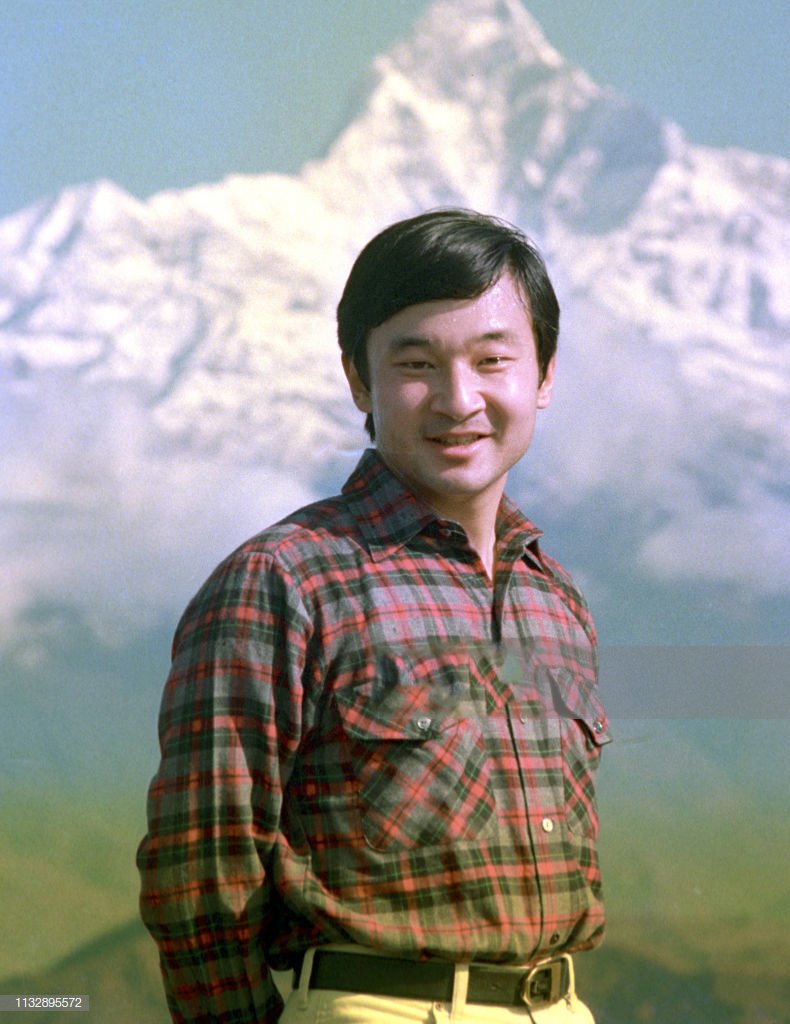 As Nepal has abolished monarchy and declared itself a republic, with many changes happening in Pokhara over 32 years, what has not changed is the state of drinking water supply.

What a coincidence, Ambassador of Japan to Nepal Masamichi Saigo participated in the foundation stone laying ceremony for the Project for Improvement of Water Supply in Pokhara (Kaski) on 10 June.

For the project jointly funded by the Government of Nepal and Government of Japan, Bina Magar, Minister for Water Supply, laid the foundation stone in presence of Yumiko Asakuma, the Chief Representative of JICA Nepal Office.

Improvement of water supply in Pokhara is the first Japanese supported project in Pokahra just over a month of ascension to the throne by Emperor Naruhito.

The Government of Japan has extended 4.813 billion Japanese Yen (approx NRs.4.834 billion) grant assistance to the Government of Nepal for the implementation of the project under Japan's Official Development Assistance.

Under this Grant Assistance, the Project will construct a sedimentation tank, water treatment plant, reservoirs and overhead tanks along with the rehabilitation and construction of water transmission lines and distribution networks. The project will also take soft components into account, thus ensuring a supply of quality drinking water to the city dwellers of Pokhara. The components of this Project will have the capacity to filter 41 million liters of water per day and are expected to be completed by 2021.

"It is said that His Majesty developed further thoughts about the water problems of the world through this visit. He mentioned his experience later at lecturers. Particularly, he saw women and children fetching water when he visited Pokhara, and thought about their difficulties, such as that it might take a long time for them to carry water back to their homes," said Ambassador Saigo, addressing a reception in his residence recently organized to celebrate the ascension of the new Emperor of Japan.

"His Majesty studied the history of water transportation in Japan and in the UK and his interest has been broadened in relation to water in society and people’s lives. His interest ranges from water supplies, and protection from floods, to relations with the environment, public health and even education."

Emperor Naruhito and his wife Princess Masako are a modern couple. Both have studied overseas. What one can expect is that their outlook towards Nepal has remained close.

Japan has the oldest continuous monarchy in the world. The recently retired Emperor Akihito was the 125th in a royal line of succession officially founded in the 7th century. According to Japanese legend, however, the Chrysanthemum Throne dates back 2,600 years – to the country’s founding in 660 B.C. by Emperor Jimmu, a descendant of the Shinto sun goddess, Amaterasu.

Emperor Naruhito has continued to develop his environmental pursuits since. In 2007, he was appointed honorary president of the United Nations Secretary General’s Advisory Board on Water and Sanitation.

Emperor Naruhito’s global civic engagement shows how this royal sought to steer his own course in life. His wife, Masako, is also unlike any empress in Japanese history.

The daughter of a diplomat and fluent in several languages, Masako graduated from Harvard in 1985 with a degree in economics, and later studied law at the University of Tokyo.

As they have close connections with Japan and Japanese monarchy, Nepalese government and people of Nepal have also attached a great importance to monarchy in Nepal. Even Nepal's former Royal family members including former King Gyanendra who hosted Emperor Naruhito during his visit to Nepal expressed his high regards to him and his outgoing emperor.

New government of Nepal also gives high priority to Japan as an all-weather friend of Nepal. Minister for Foreign Affairs Pradeep Kumar Gyawali said that Nepal is happy to see that our friendly country Japan has entered a new era after the accession to the throne by His Majesty Emperor of Japan Naruhito in May 1, 2019.

Delivering a statement at a Symposium on Reiwa Era: Japan's Foreign Policy and Nepal-Japan Relations, Minister Gyawali said that there will be high-level representation from Nepal in the coronation ceremony of His Majesty the Emperor of Japan in October this year.

In a program organized by Japanese University Alumni Association, Nepal (JUAAN), minister Gyawali said that Nepal and Japan are traditional friends. Both countries have been enjoying cordial and friendly relations marked by mutual respect, trust, understanding and cooperation ever since the establishment of diplomatic relations in 1956.

“My visit to Japan last year and the return visit of the Foreign Minister of Japan His Excellency Taro Kono within two months of my visit have helped further nurture our relationship,” said Minister Gyawali. “I am confident that the new Reiwa Era, that is interpreted as a beautiful harmony will be successful in developing harmony among different countries and civilizations. It will be successful in promoting commonalities that bind us together.”

Addressing the program former ambassador of Nepal to Japan Dr. Madan Kumar Bhattarai said that there are a lot of opportunities and possibilities for Nepalese students in Japan. He said that Japan’s beginning of new era following the accession to the throne by His Majesty Emperor of Japan Naruhito will bring peace and prosperity throughout the world.

“Since current Emperor of Japan Naruhito visited Nepal in 1987, he is well aware about Nepal and Nepalese people,” said Dr. Bhattarai.

From ancient civilization to current, Professor Dr. K.C elaborated the different phases of Nepal –Japan relations. He also said that the present emperor has very much attachment with Nepal as he learnt the importance of water when he visited Nepal in 1987.