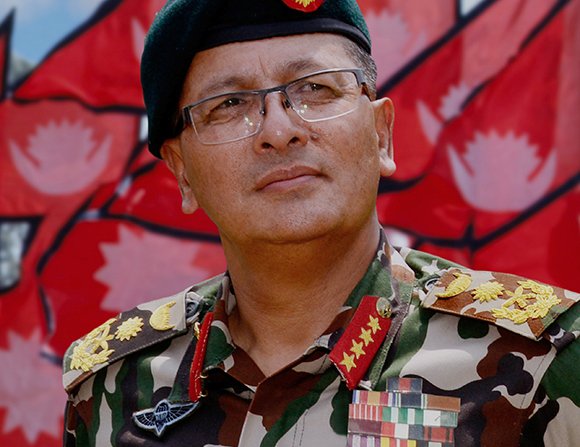 During the trip, Thapa would be having meetings with high-level UN Officials. According to the NA Directorate of Public Relations, the Army Chief would attend various briefings and programs including a program at UN Headquarter organized by British Armed force on fist women Peace and security network meeting on July 10.

After his visit to UN, COAS General Thapa leave for Washington and he will also hold bilateral meeting with senior US Defense officials and officials looking South Asia Department.

He is scheduled to return home on 17 July.

India Will Supply COVID-19 Vaccine To Nepal Once It will be Approved For Use In India By NEW SPOTLIGHT ONLINE 2 days, 9 hours ago

UN In Nepal Expresses Concern Over Rape And Killing In Bardibas By NEW SPOTLIGHT ONLINE 2 days, 12 hours ago

India Sees Itself As Nepal’s Natural And Instinctive Responder In Times Of Crisis. By Harsh Vardhan Shringla Nov 28, 2020