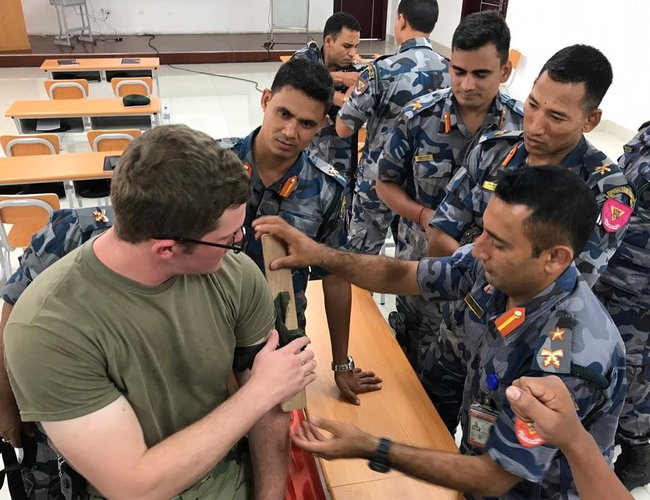 The U.S. Embassy was proud to bring together members of the U.S. Army and eighteen members of the Armed Police Force Nepal (APF) for a joint medical first responder knowledge exchange at the National Armed Police Force Academy in Chandragiri in Kathmandu from July 22 to July 26. This is the second exercise of its kind between U.S. soldiers and the APF. The first was held at the APF’s disaster Management Training School in Kurintar from April 8 to April 12, 2019. 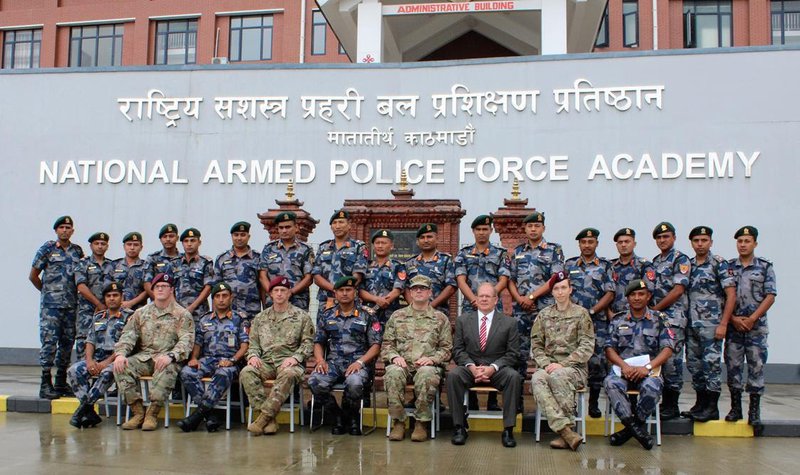 According to a press release issued by U.S. Embassy in Nepal, the SMEE is an example of the partnership between the United States Indo Pacific Command (INDOPACOM) and the APF. United States INDOPACOM is committed to enhancing stability in the region by promoting security cooperation, encouraging peaceful development, responding to contingencies, and deterring aggression.

"The exchange demonstrated how Nepali and U.S. forces can combine efforts to increase each other’s medical first responder capabilities," said SSG Nathan Greene, one of the INDOPACOM participants.

Nepal Propose A Bill To Restrict Free Mobility Of Indian Citizens In Nepal By NEW SPOTLIGHT ONLINE 12 hours, 43 minutes ago

Japanese Support For the Capacity Building On Disaster By NEW SPOTLIGHT ONLINE 23 hours, 55 minutes ago