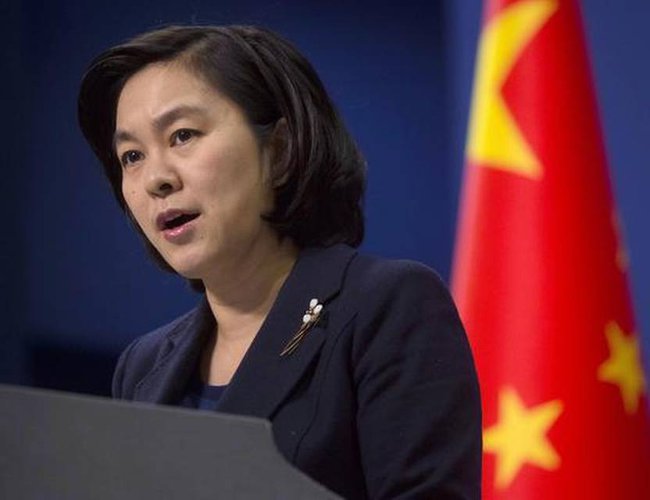 Foreign Ministry Spokesperson Hua Chunying's said China is always opposed to India's inclusion of the Chinese territory in the western sector of the China-India boundary into its administrative jurisdiction.

”This firm and consistent position remains unchanged. Recently India has continued to undermine China's territorial sovereignty by unilaterally changing its domestic law. Such practice is unacceptable and will not come into force.”

“We urge India to exercise prudence in words and deeds concerning the boundary question, strictly abide by relevant agreements concluded between the two sides and avoid taking any move that may further complicate the boundary question,” said Hua Foreign Ministry Spokesperson remarking on the Indian Government's Announcement of the Establishment of the Ladakh Union Territory Which Involves Chinese Territory.

“China is seriously concerned about the current situation in Jammu Kashmir. China's position on the Kashmir issue is clear and consistent. It is also an international consensus that the Kashmir issue is an issue left from the past between India and Pakistan. The relevant sides need to exercise restraint and act prudently. In particular, they should refrain from taking actions that will unilaterally change the status quo and escalate tensions. We call on both India and Pakistan to peacefully resolve the relevant disputes through dialogue and consultation and safeguard peace and stability in the region,” said spokesperson of China’s Foreign Ministry.

However, Responding to China’s criticism, external affairs ministry spokesperson Raveesh Kumar said the bill introduced in India’s Parliament for creating a new union territory of Ladakh was “an internal matter concerning the territory of India”.

Kumar noted New Delhi and Beijing had agreed to find a “fair, reasonable and mutually acceptable settlement” of the border dispute on the basis of “Political Parameters and Guiding Principles for the Settlement of India-China Boundary Question”. He added both sides had agreed to maintain peace and tranquility in border areas till such a settlement is reached.

British Prime Minister Admitted To The Hospital For Test By NEW SPOTLIGHT ONLINE 2 hours, 45 minutes ago 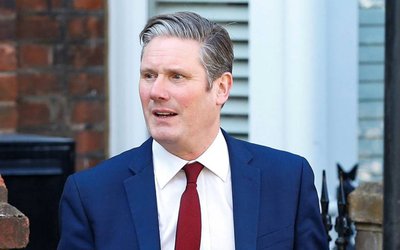 Mitigating impacts of COVID-19 on food trade and markets By NEW SPOTLIGHT ONLINE 3 days, 1 hour ago

No New Cases Of Coronavirus Infection In Nepal On Sunday By NEW SPOTLIGHT ONLINE Apr 05, 2020