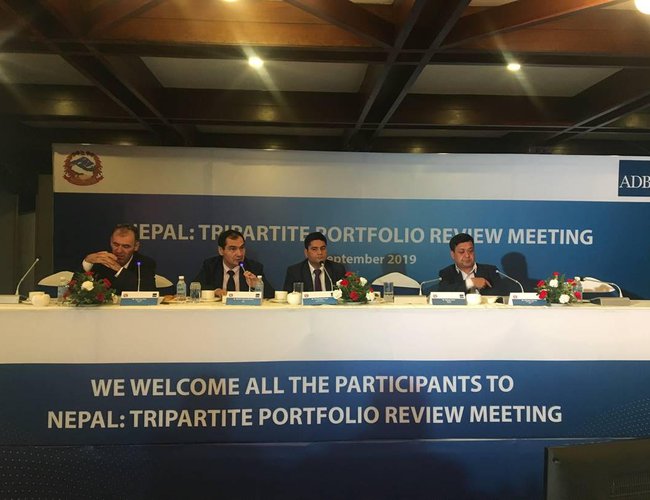 Overall operations of the Asian Development Bank (ADB) in Nepal has improved as of 31 July 2019, compared with the same period last year, on the back of continued contribution to the country’s earthquake reconstruction efforts and a number of ongoing energy projects, said ADB Country Director for Nepal Mukhtor Khamudkhanov.

"While Nepal’s portfolio performance has improved, challenges remain and further improvement is crucial to tapping into ADB’s lending resources,” Khamudkhanov said at the opening of the annual Tripartite Portfolio Review meeting of ADB operations in Nepal, which was organized jointly with the Ministry of Finance (MOF).

ADB’s lending to Nepal has increased in recent years, reaching the highest commitment level in 2018 at $592 million. Of the net available funding amount of $2.7 billion spread over 31 investment projects, 68% has been contracted out and 42% has been disbursed as of 31 July 2019.

“Effective project preparation and better project readiness are critical to ensuring that a project’s development impact is realized on the ground without delays,” said the Head of ADB’s Portfolio Management Unit in Nepal Rudi van Dael. “Timely submission of Audited Project Financial Statements and timely closure of projects are also important in improving the portfolio performance and to avoid time and cost overruns.”

“The review process is a good exercise to examine the implementation constraints and formulate agreed actions to achieve the projected 2019 targets,” said the Joint Secretary and Chief of MOF’s International Economic Cooperation Coordination Division Shreekrishna Nepal. 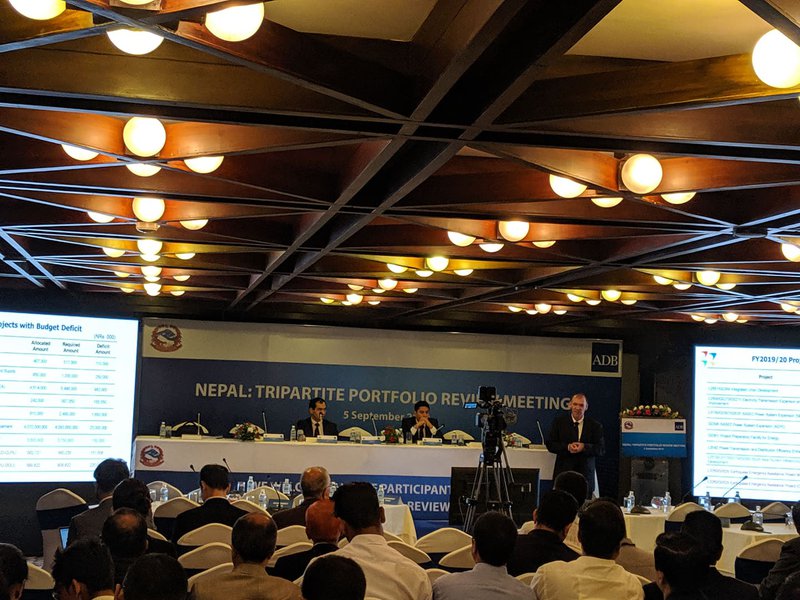 ADB’s support to Nepal’s reconstruction efforts after the 2015 earthquake totals $389 million. The reconstruction of 154 schools under the ADB-supported Earthquake Emergency Assistance Project is nearing completion. As of August 2019, the total disbursement for the project for this year has reached $38.75 million and is expected to meet the 2019 target of $59.53 million by the end of the year.

ADB is one of the leading development partners in Nepal in the energy sector, with $554 million in commitments. Of the $101.2 million contract award target set for 2019, $111.2 million has already been awarded, exceeding the annual target. This was mainly contributed by the Power Transmission and Distribution Efficiency Enhancement Project, with contracts worth $74 million awarded.

ADB is committed to achieving a prosperous, inclusive, resilient, and sustainable Asia and the Pacific, while sustaining its efforts to eradicate extreme poverty. In 2018, it made commitments of new loans and grants amounting to $21.6 billion. Established in 1966, it is owned by 68 members—49 from the region.

Regmi Appointed Nepali Ambassador To UK By Agencies 10 hours ago