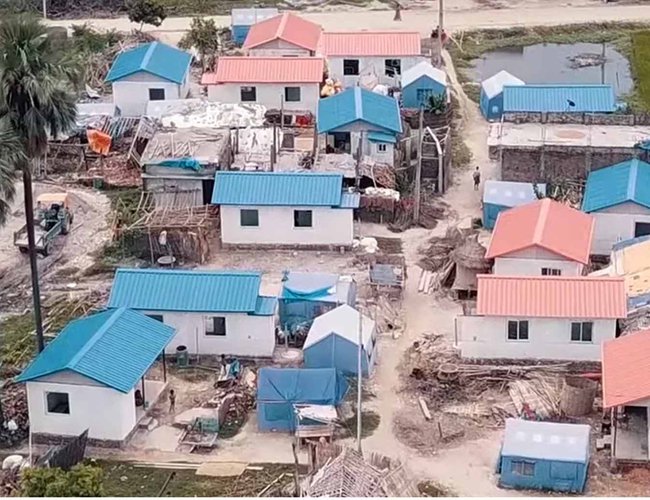 Nepal Army has completed the reconstruction of house in Bara and Parsa district under Janta Awas. Deputy Prime Minister and Minister of Defense Ishwor Pokharel handed over the houses to the locally elected leaders of affected areas in presence of chief minister of province 2 Lal Babu Raut.

Under a cabinet decision April, the government handed over a responsibility to Nepal Army to reconstruct the houses in Bara and Parsa destroyed by Tornado. 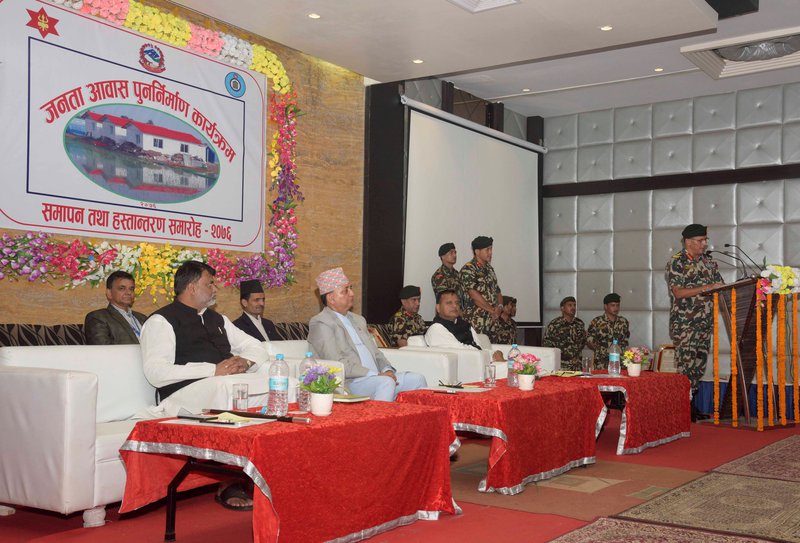 CoAS General Thapa thanked the government of Nepal trusting the Nepal Army in the mission. He expressed that Nepal Army is always ready to support Nepalese people at the time of disaster and difficulties.

Nepal Army has reconstructed 869 houses in seven different places of Bara and Parsa district. Although Nepal Government has released Rs.545,000 for per house, Nepal Army spent Rs. 484,000 per house to complete reconstruction.

We Don’t Play Cards Against Two Neighbors: PM Oli By Agencies 5 days ago