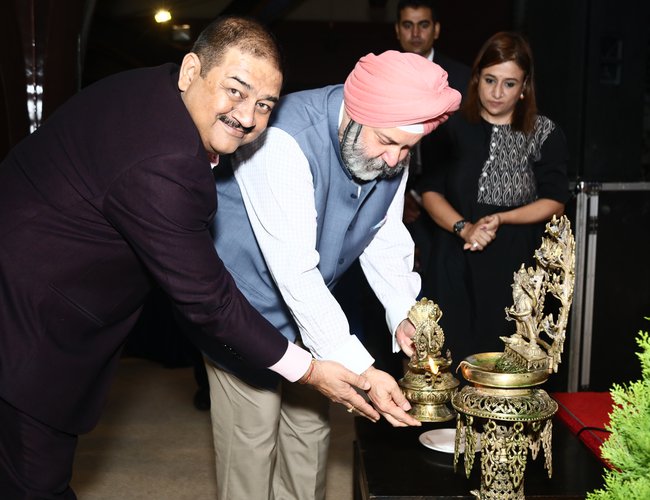 With some bitter memories and some good, Nepal and Lucknow have maintained historically long connections. The food of Lukcnow has fairly been well known in all Nepalese kitchens, particularly Kabab and Pulau are commonly served as lunch in many Nepalese households.

After Jung Bahadur Rana returned from his visit to Lucknow, he also brought many foods from there. Muslim cooks specialized in the rich Mughlai tradition and divulged their secrets to the bajais. Along with Kabab, there also came sekuwa, barbequed meat.

Attended by various ambassadors based in Kathmandu, Indian ambassador to Nepal Puri highlighted the importance of specialty Lucknowi foods. He said that the foods represent past legacy of Mughal empire.

The eventful festival provided Lucknowi cultural demonstration comprising of cultural performances of Lucknowi Gharanas on the opening date of the festival and Lucknowi attired staff to welcome the guest, and so much more.

General Manager of Hotel Radisson, Kathmandu Subrata Banerjee said that the Hotel has been promoting various foods holding the food festivals. "This is a great time to link foods and culture.

With Master Chef Shabir Ali from Radisson, Lucknow, we are determined to outdo the Lucknowi gastronomy in terms of taste, flavor, presentation and overall delight. The buffet layout by our chefs will purposefully serve finest dishes for the ultimate wholesome feast.

Utpal Kumar Mondal, Executive Chef of Radisson Hotel Kathmandu, said that Master Chef Sahabir is a world class Chef with wide experiences in Lucknowi food. He said that he will offer a world class food during the festival.

He said that there will be Biryani and Kabab with special ingredients of Lucknowi Gharana. Master Chef Shabir Ali from Radisson Lucknow said that he will cook various foods with a special taste.

TOURISM Hope For Revival By A Correspondent 3 weeks, 5 days ago

ANNAPURNA CONSERVATION Tourism Attraction By A Correspondent 2 months, 1 week ago