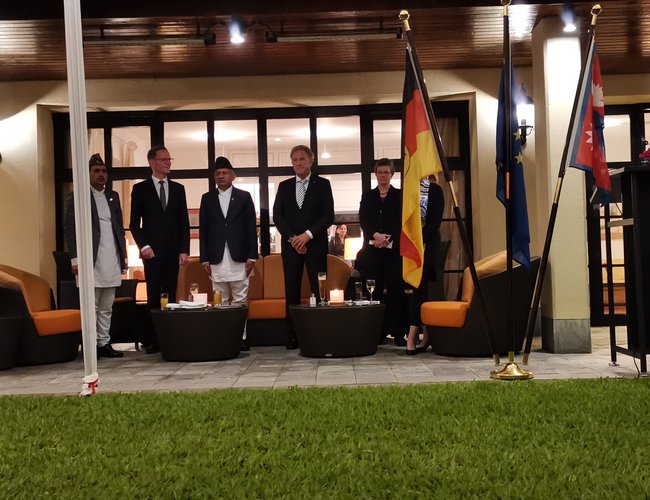 Ambassador of the Federal Republic of Germany to Nepal Roland Schäfer has hosted the reception for the Day of the German Unity on the 3rd of October 2019. Chief Guest of the program was Pradeep Kumar Gyawali, Minister of Foreign Affairs of Nepal, and Norbert Barthle, German vice-minister of Cooperation and Economic Development.

"Germany honored to showcase the renewed dynamics of German-Nepali relations the Ambassador of the Federal Republic of Germany to Nepal Roland Schäfer, invites for the celebration of the German Unity day at his Residence with over 700 guests on the occasion of German National Day On Oct 3rd 2019.," said a press release.

A string of events surrounding the German National Day showcases a new dynamic in Nepali-German Relations. Ambassador Schäfer could welcome a Delegation led by Norbert Barthle, German Vice Minister for Economic Cooperation and Development, has his guest of honor.

Barthle mingled with many representatives from the political, economic and cultural fields to celebrate this occasion. Among the guests are representatives from 20 German firms and organizations which had met potential Nepali counterparts during the first German Nepal Business Forum held the day before, on 2nd October. 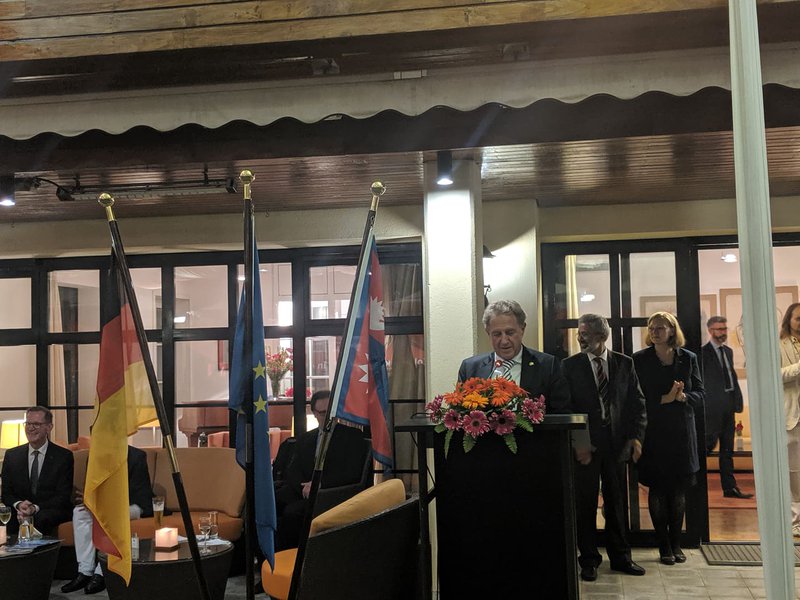 They showcase the new interest of German business in Nepal as a market and a place for investment. Also among the guests is a group of private and public donors who will inaugurate the German vocational training school in Dhading on the next day, October 4th. The school is an important element of Germany’s and Nepal’s efforts in creating opportunities for young Nepali citizens to become skilled workers in their country and key to making Nepal attractive to foreign investors. 30 years ago, in 2019, the so-called “Berlin wall” came down – the wall which had been dividing the Eastern and Western parts of Germany since 1963.

The “Berliner Mauer” was designed to physically prevent disaffected East Germans from fleeing to the West. The Peaceful Revolution of 1989 led to the opening of the border on November 9, 1989, which for the first time after 28 years allowed Germans to freely move in the whole of the country.

It led to a new form of encounters between the East and the West, and it reunited the whole of Europe. In order to celebrate these events today, young cooks from Cologne, Germany, prepare traditional German dishes on the spot. The cooks are accompanied by their Cologne sponsors and the deputy Mayor of Cologne Hans-Werner Bartsch. 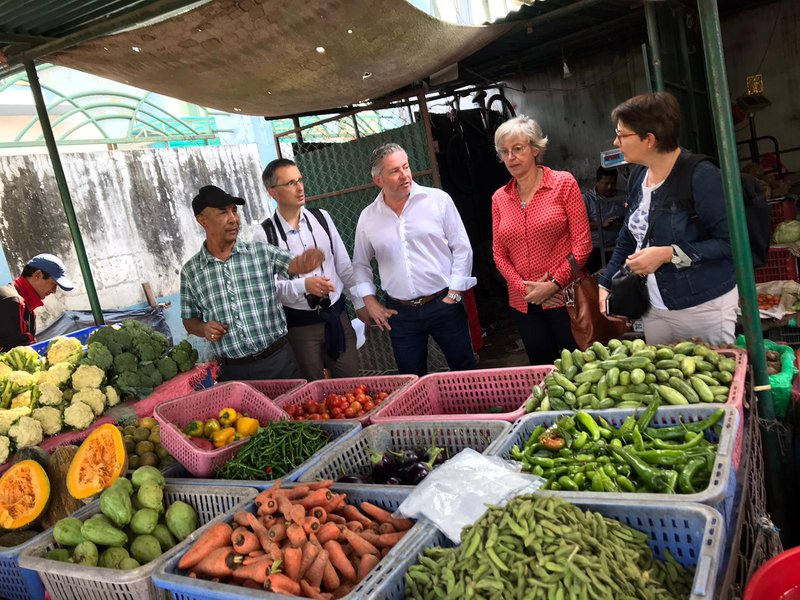 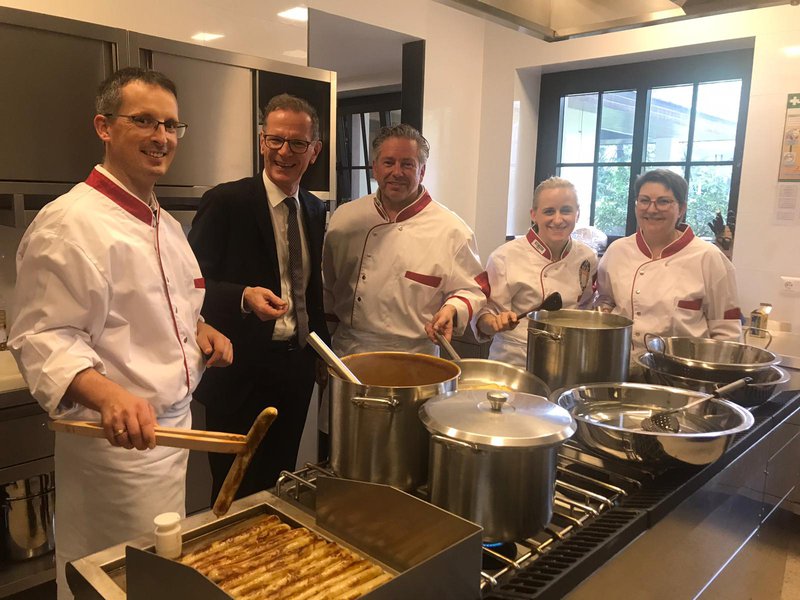 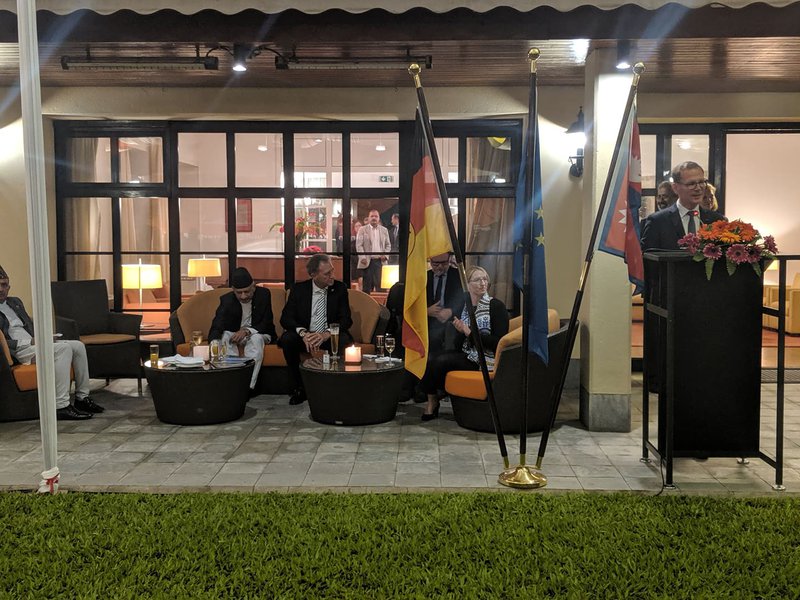 PM Oli Adopted A Rhino By Agencies 2 days, 13 hours ago

Chanda Led Maoist And The Government To Hold Talks By NEW SPOTLIGHT ONLINE 3 days, 13 hours ago