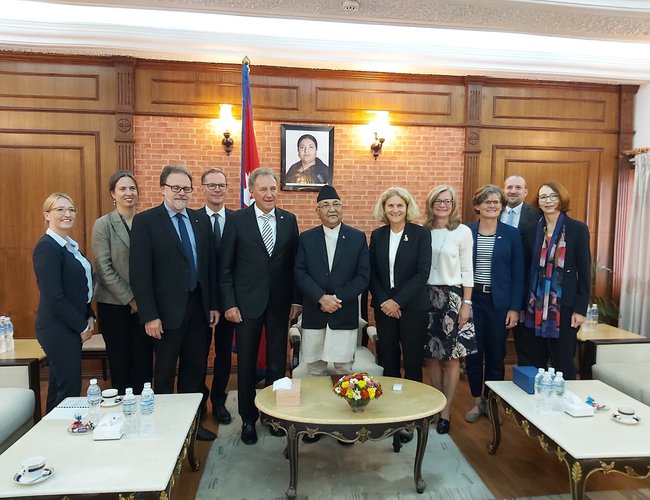 He also met other government representatives. Norbert Barthle was the guest of honour at the German National Day celebration on 03 October 2019.

German Vice Minister for Economic Cooperation and Development Norbert Barthle is on a three-day visit to Nepal. He arrived on October 03 and leaving on 05 October 2019.

According to a press relase issued by Embassy of the Federal Republic of Germany in Kathamndu, this visit underlines Germany’s wish to continue its long-standing partnership with Nepal by adding a new dimension to it.

Minister Norbert Barthle is also attending the inauguration of the German Technical School (GTS) in Dhunibesi Municipality, Dhading district and will inaugurate the national Load Dispatch Centre (LDC) financially supported through the German Development Cooperation with a grant of 7 million Euros.

The LDC is technically improved and will be the heart of the Nepalese power grid. Minister Norbert Barthle will also visit Patan and Bhaktapur city.

This shown strong development cooperation will continue as in the past six decades. This will be showcased by the inauguration of the Load Dispatch Center. Energy, especially renewable energy, is one of the three pillars of German-Nepali cooperation, the other two being health and sustainable economic development.

Of course, Germany will continue to make significant contributions through the European Union as well as multilateral institutions (the development banks and the UN system). However, as Nepal is opening a new political and economic chapter of its life as a nation, its partnership with Germany will also change. Private industry from Germany are starting to explore opportunities in Nepal.

"Barthle will therefore meet up with the participants of the first business to business forum. His support to the German Technical school in Dhading shows that professional training will be key to developing future industrial relationship with Germany and the whole of Europe. Mr. Norbert Barthle will also discuss German support to Nepal in the implementation of federalization, as well as German support to Nepal’s climate and biodiversity agenda," reads the press release. 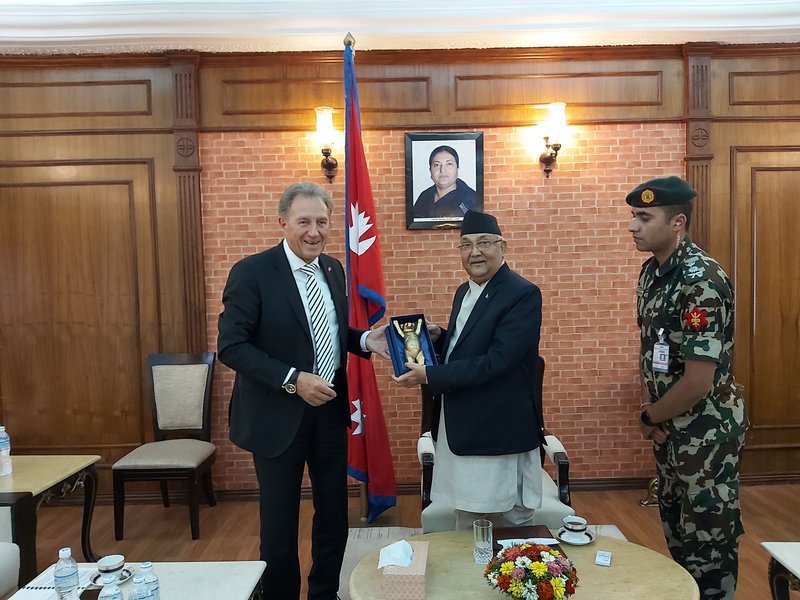 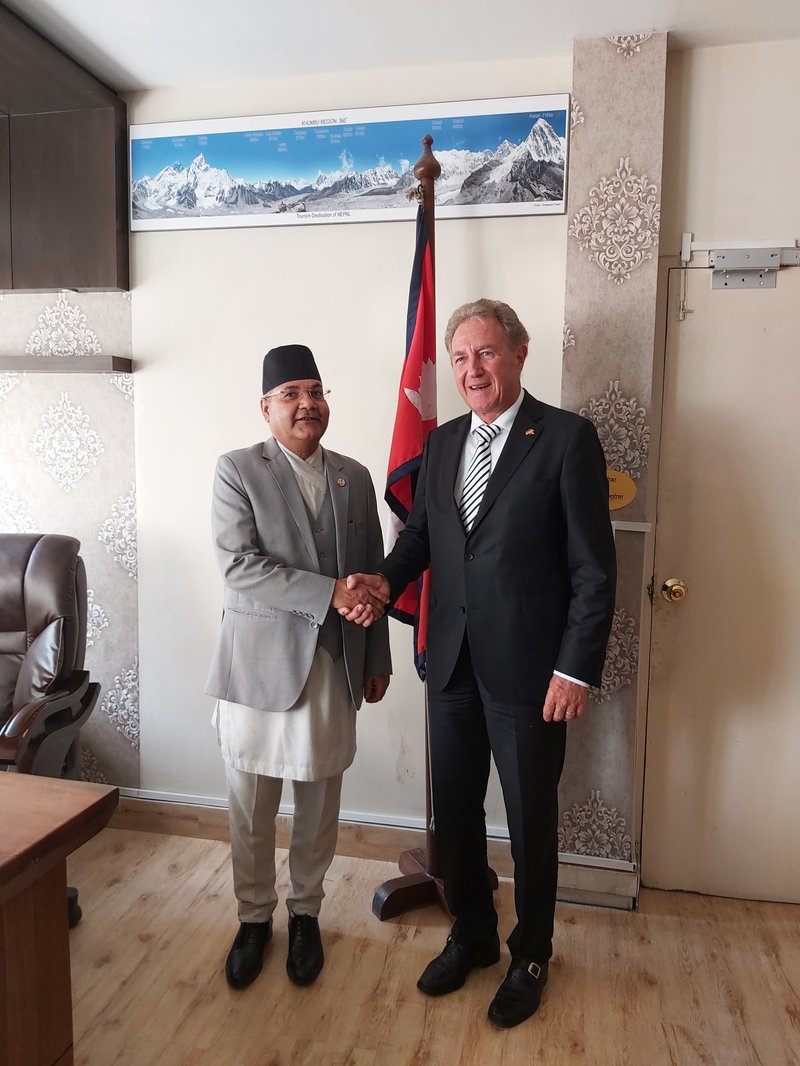 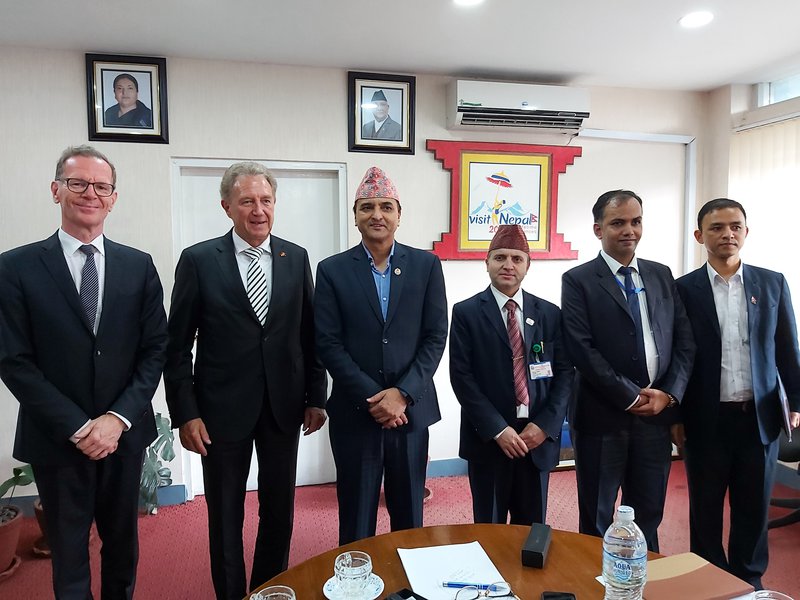 Nepal Is Committed To End All Kinds Of Discrimination: Foreign Minister Gyawali By Agencies 2 hours, 39 minutes ago