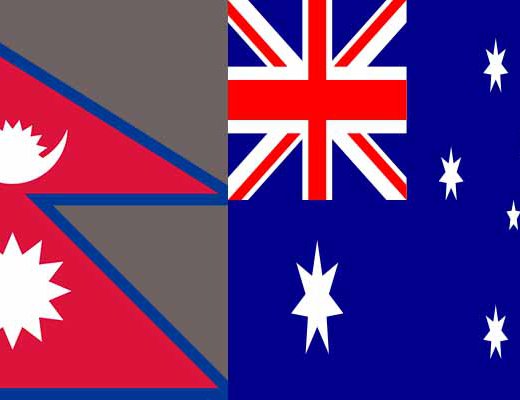 In great news for adventurists, direct flights between Australia and Nepal are on the cards following the agreement of new air services arrangements between the two countries.

According to a joint media release issued by Nepal and Australia Deputy Prime Minister and Minister for Infrastructure, Transport and Regional Development Michael McCormack said the new arrangements would open new and exciting opportunities for tourism, trade and education.

"These arrangements will not only make it easier for Australians to visit this wonderful part of the world but provide a new market for our aviation industry and opportunities for co-operative arrangements between commercial airline partners," McCormack said.

"Nepal is one of Australia's largest passenger markets within non-stop range that doesn't have a direct flight.

"Nepalese airlines will be afforded similar opportunities, with potential to fly up to seven services a week to Sydney, Melbourne, Brisbane and Perth, along with an unlimited number of services to all regional airports in Australia."

"Australia is already a tourism hotspot for Nepali tourists with over 32,000 visitors flocking to our shores last year, whilst at the same time 31,000 Australians travelled to Nepal to take advantage of the incredible trekking and adventure experiences on offer.

"I have no doubt these arrangements will pave the way for a significant boost to two-way traffic between our countries, helping to drive further growth from a tourism market that has already seen double-digit growth in recent years."