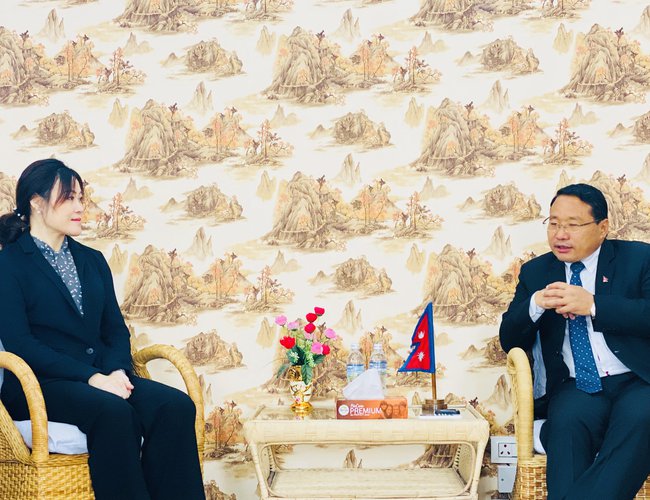 Talking to Chinese ambassador to Nepal Hou Yanqi at his office in Singh Durbar, minister Pun said that the recent visit of Chinese President Xi was an historic even.

She has informed about the forthcoming visit of governor of Yunnan Province of China.