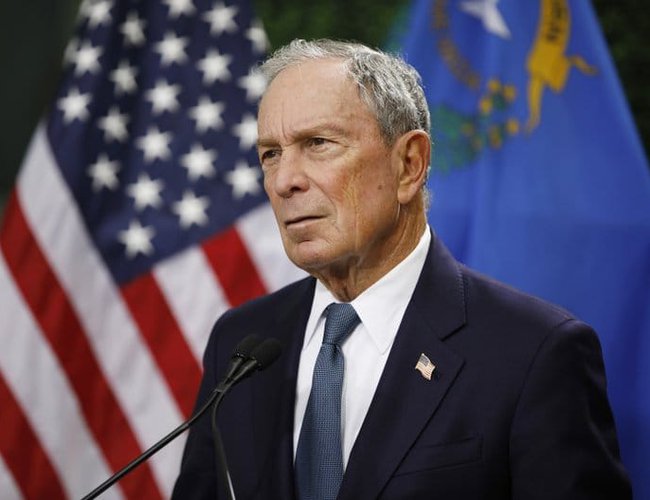 Michael R. Bloomberg announced on Sunday that he would run for president in 2020, bringing his enormous wealth and eclectic political biography into the tumultuous Democratic primary and seeking to win over skeptical liberal voters by presenting himself as a multibillion-dollar threat to President Trump.

Mr. Bloomberg, a former Republican who has expressed reservations about his adopted party’s leftward drift, said in a statement that he would offer a pragmatic option to voters in a campaign to unseat a president who “represents an existential threat to our country and our values.”

“Defeating Donald Trump — and rebuilding America — is the most urgent and important fight of our lives. And I’m going all in,” Mr. Bloomberg said. “I offer myself as a doer and a problem solver — not a talker. And someone who is ready to take on the tough fights — and win.”

Mr. Bloomberg’s late entry into the race has already roiled an unsettled Democratic primary field. He has startled rival campaigns in recent days by reserving almost $35 million in airtime for television commercials outlining his biography and political agenda, a figure that dwarfs other campaigns’ advertising budgets. On a website that went live on Sunday, Mr. Bloomberg embraced his status as a surprise contender, branding himself as “a new choice for Democrats.”

Michael Bloomberg brings a huge personal fortune and moderate views to an increasingly fluid race, but issues like criminal justice and his late start loom as vulnerabilities.Michael R. Bloomberg is planning to skip the traditional early-voting states like Iowa and New Hampshire and focus instead on the delegate-rich March primaries.

Michael R. Bloomberg is planning to skip the traditional early-voting states like Iowa and New Hampshire and focus instead on the delegate-rich March primaries.