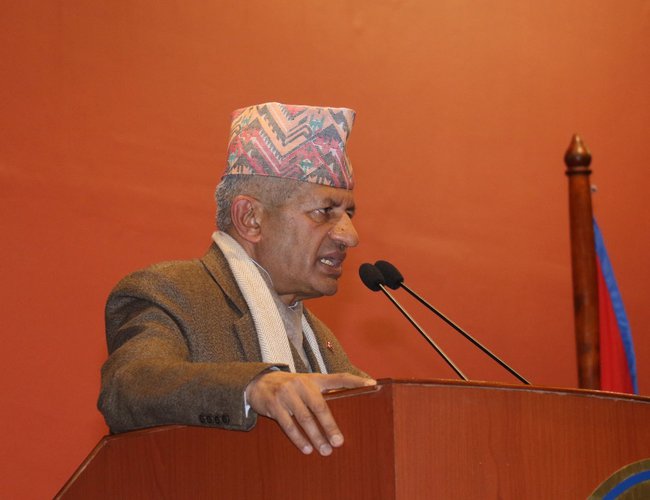 Minister for Foreign Affairs Pradeep Kumar Gyawali, has said that India accepted that there is some problem and asked to find out solution through diplomatic channel.

He said, "Prime Minister KP Sharma Oli had presented a proposal on the issue of territory of Kalapani in the House of Representatives in 2055 BS. National consensus could not be forged then regarding the issue of sending Indian army back from Kalapani at that time."

Minister Gyawali further said that problems regarding the issue of territory would not have been surfaced today if national consensus was forged on the issue that time.

According to Rashtriya Samachar Samiti (RSS), minister Gyawali said so while responding to the queries raised on resolution proposal in today's meeting of the National Assembly.

A resolution proposal regarding the border dispute of Kalapani, Lipulek and Limpiyadhura of Darchula district under Sudur Paschim state was registered where lawmaker Khimlal Bhattarai is the proposer and lawmaker Sarita Prasai seconded it.

The map of Nepal was determined from Sugauli treaty and the map where Mechi river is the border in the east and Kali (Mahakali) in the west is the real and authorized map of Nepal.

Nepal And Israel Inked Agreement To Provide Temporary Employments For Nepali Youths In Israel By Agencies 1 day, 16 hours ago