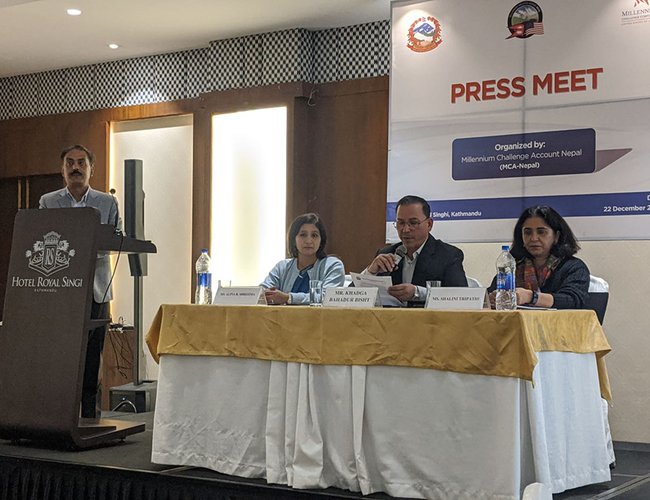 However, US$ 630 million project, with US$ 500 million grant from United States of America under MCC-Nepal, was a major issue of nationalism for ruling Nepal Communist Party (NCP) leaders.

Due to objections of ruling communist party leaders and other fringe communists, the agreement has been pending in a committee of House of Representatives for the last five months.

Suddenly, the communist leaders have found the MCC is part of Indo-Pacific Strategy and expressed their reservation. Although foreign minister Pradeep Gyawali and Finaance Minister Dr. Yubaraj Khatiwada have clarified that MCC had nothing to do with Indo-Pacific Strategy.

Thriving in anti-India slogans and protests, it is very difficult for communists of old generation to digest the words Indo or India. Chanting the word itself is a sign of nationalism for them. They regard these words to describe hegemony and expansionism.

Even without reading the whole document of MCC agreement, some members even declared that MCC is synonymous to Indo-Pacific Strategy. "As MCC is a broader part of Indo-Pacific Strategy, Nepal needs to be careful on this before ratifying it," said former home minister and senior leader of NCP Bhim Rawal. Many others echoed Rawal.

As the ‘Indo’ ghost is hunting the minds of ruling communist leaders, who came to power under a 12-point agreements backed by India and supported by U.S, the internal dynamics and debates within the communist party are likely to intensify. 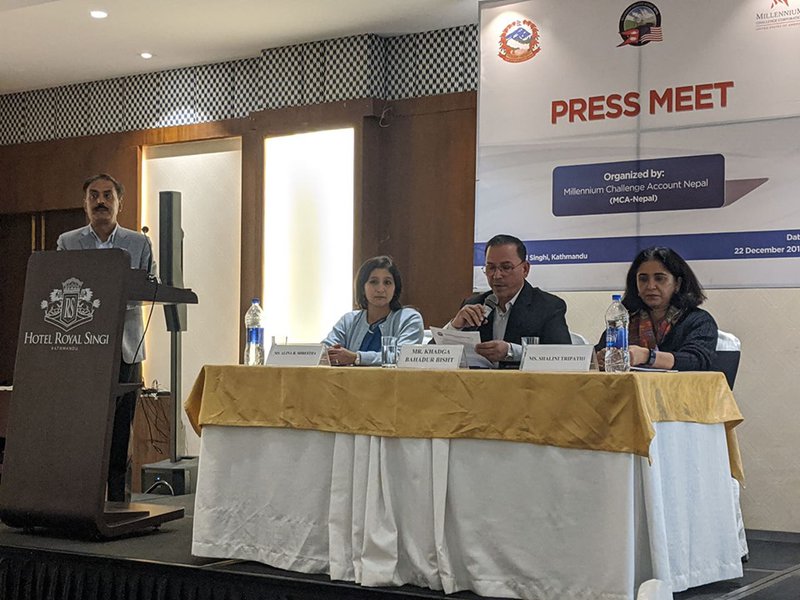 Addressing the press meet, Executive Director of MCA-Nepal Khadga Bahadur Bisht said that this is a complete grant for the construction of key infrastructure of Nepal including high voltage transmission line and road. He said that the MCA-Nepal has nothing attached as rumors appearing in the media.

"Since MCA-Nepal project needs to complete within five years of construction period, parliamentary ratification puts the project outside the purview of provincial and local level laws and acts," said Bisht.

He said that given Nepal's experiences of prolonging the project periods due to several constraints coming from various levels and regulations, MCC wants assurance for smooth implementation through ratifications from the parliament.

Bisht said that MCC has nothing to do with Indo-Pacific Alliance as rumored in the press. He asked media persons and concerned people to visit their web-site. "Our project is transparent and there is nothing to hide."

Nepal will receive US$ 500 million grant from MCC to construct 312 kilometers of 400 kV electricity transmission lines and three substations. MCC will provide technical assistance for the power sector in Nepal. Nepal government will contribute 130 million dollars.

Bisht said that the MCA-Nepal was established under the Ministry of Finance through Nepal's own legislative process as a development board. He also appealed for timely ratification of compact to complete the infrastructure projects like 400 kV Transmission line and a section of road.

Bisht said that over 60 Nepalese employees have been working within the organization and their expenditure is audited by the Auditor General Office. 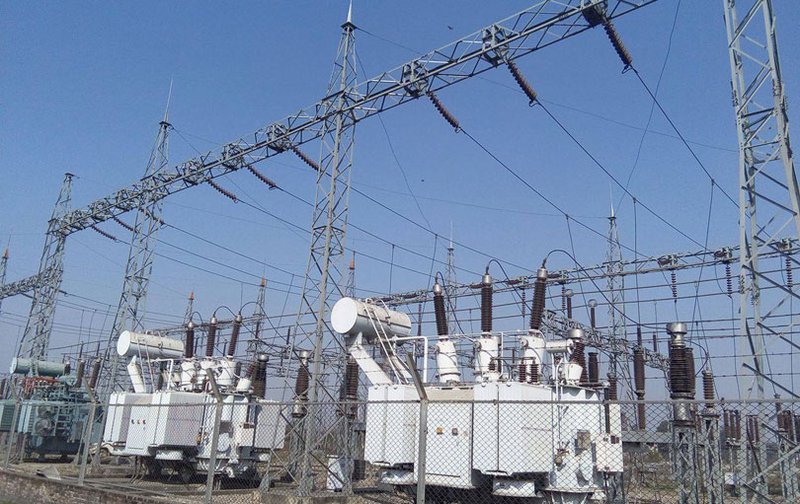 Replying to the queries why only MCC required ratification from the parliament when many other projects have been implemented with simple agreement, Bisht said that the ratification is required to ensure the timely completion of the project or without any hindrance of provincial level acts and local level acts on the basis of interpretation. He said that the projects under MCC need to be completed within five years of initiation.

Of six conditions agreed by Nepal, four have already been fulfilled. Those include declaring the transmission line as national priority project, Electricity Regulatory Authority Act and its constitution, Program Implementation Agreement (PIA) between Nepal Government and MCC and understanding between Nepal and India on the construction of Butwal-Gorakhapur Transmission line.

How Project Is Implemented

MCA-Nepal, established under the Ministry of Finance through Nepal’s own legislative process as a Development Board, is committed to delivering infrastructure projects under the Millennium Challenge Corporation (MCC) Nepal Compact on time and appeals for timely ratification of the Compact.

The Compact has outlined six Conditions Precedent (CPs) to be achieved as necessary prerequisites before the Entry Into Force (EIF), set for 30 June 2020. Out of the six, four have already been met with the October agreement for cross-border line between the Governments of Nepal and India. Parliamentary ratification and access to site are the two major remaining conditions that will be required to ensure Nepal can access the funds allocated to implement the program in time.

MCA-Nepal is in the final stage of preparatory work required for the implementation of its projects that aim to increase the availability and reliability of electricity, maintain road quality and facilitate power trade between Nepal and the region to help spur investments and accelerate economic growth.

"This is an opportunity for Nepal to prove that the project can be delivered by the Nepali professionals, including the 60+ employees of MCA-Nepal. We acknowledge the interest shown by media in various issues related to the Compact and would like to inform that MCA-Nepal remains committed to deliver on its mandate. The Compact is a time bound program which will be completed within five years after EIF," said Bisht.

"MCA-Nepal expresses sincere appreciation to the Government of Nepal and MCC for their full support to help achieve this important target and requests all concerned stakeholders, media, civil society and public to support the implementation of this highly important and ambitious program aimed at poverty reduction through economic growth."

The Electricity Transmission Project, a National Pride Project will build 312 km of 400 kV electricity transmission lines and three substations, and provide technical assistance for the power sector in Nepal.

The 312 km of transmission line will pass through 30 municipalities of 10 districts. 856 towers will be installed to support the transmission lines. The locations for the three substations are in Ratmate, Damauli and New Butwal. The Road Maintenance Project aims to enhance current practices in the maintenance of Nepal’s strategic roads network.

On 29 September 2019, the Program Implementation Agreement (PIA), one of the Conditions Precedent to the Compact was signed by the Government of Nepal and the MCC, representing the US Government. On 30 September 2019, a Compensation Fixation Committee (CFC) was formed in Nuwakot under the Chairmanship of the CDO and the process to form similar committees in other nine districts is ongoing. On 15 October 2019, the Governments of Nepal and India agreed to the financing and ownership framework that will govern the implementation of the New Butwal – Gorakhpur cross-border transmission line, which is an integral part of the Nepal compact and a Condition Precedent.

On 18 and 29-30 November, two outreach events in Nepal and India were held to inform potential construction and service providing organizations about upcoming procurement opportunities and to ensure that the best contractors from around the world participate in the global bidding for the construction of the projects. From 24 November – 6 December 2019, public hearings, which are a mandatory requirement in finalizing the environmental impact study of project areas were conducted in 30 municipalities of the 10 districts that will be affected by the Electricity Transmission Project. As a result, these 30 municipalities have provided their recommendation to move ahead.

The Government of Nepal established MCA-Nepal on 18th April 2018 under Development Board Act, 2013 as the accountable entity to implement the Compact with Millennium Challenge Corporation, USA.

Similarly, detailed design work, finalization of the transmission line alignment, and tendering as well as planning for the contractor selection process is progressing well and will be completed within the next two months so that these processes are carried out on time to allow for implementation phase to begin on 30 June 2020. Nepal had to qualify and compete worldwide for the MCC Compact fund and successfully met MCC’s rigorous conditions for good governance, economic freedom, and investing in citizens.

As Nepal has accepted the loan provided by China based Asian Infrastructure Development Bank (AIBB) worth of 130 million dollar for the development of energy and other infrastructure in Karnali and Far West Province, the politburo meeting of ruling Nepal Communist Party headed by co-chair Pushpa Kamal Dahal is debating over the 500-million-dollar grant coming from Millennium Challenge Cooperation (MCC).

In his tweet chairman of RPP Nepal Kamal Thapa said that it is against the national interest not to ratify MCC from the House of Representatives. He urged Prime Minister Oli to take initiatives to immediately ratify and implement the agreement. "I would like to remind Prime Minister Oli about my effort as a minister of Foreign Affairs during his first tenure as prime minister." https://twitter.com/KTnepal

Similarly, Nepali Congress has also urged prime minister Oli to table the MCC agreement in the parliament. The party has already assured the government its support to ratify the agreement.

However, ruling communist party leaders, who have been supporting Nepal’s joining of Belt and Road Initiative (BRI) as national interest, seem to have been thinking differently on the grant coming from MCC.

As part of the road work, maintenance interventions will include pavement improvement techniques and include safety enhancement features. New pavement improvement technology adopted are Full Depth Recycling (FDR) and Superpave asphalt concrete which follows the principle of recycling existing pavement material. In agreement with the DoR, the project has selected Bhalubang-Lamahi (27 KM) section of the East-West Highway as a pilot. After the success of this pilot, MCA-Nepal will exercise the technology along Chandrauta-Bhalubang (35Km) followed by Lamahi-Shivakhola (37Km) sections of the East-West Highway. 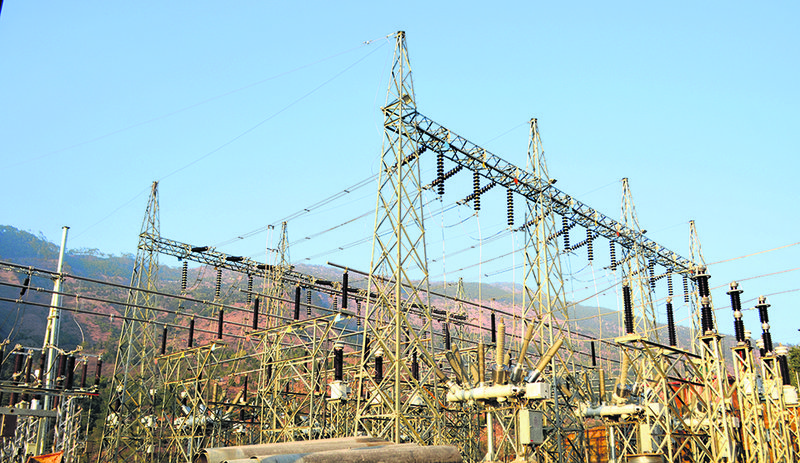 As Nepal has accepted the loan provided by China based Asian Infrastructure Development Bank (AIBB) worth of 130 million dollar for the development of energy and other infrastructure in Karnali and Sudurpaschim Province, the politburo meeting of ruling Nepal Communist Party headed by co-chair Pushpa Kamal Dahal is debating over 500 million dollar grants coming from Millennium Challenge Cooperation (MCC).

An agreement was signed between the Government of Nepal and Millennium Challenge Corporation, on behalf of the US Government, to implement two projects – Electricity Transmission Project and Road Maintenance Project.

Millennium Challenge Account Nepal (MCA-Nepal) is a Government of Nepal agency formed by a cabinet-level executive order in accordance with the Development Board Act 2013 BS (1956 AD) in order to manage the Compact.

The suspicions on the grant provided by United States through MCC by ruling communist party leaders including co-chair Prachanda have delayed the implementation side causing loss to Nepal. 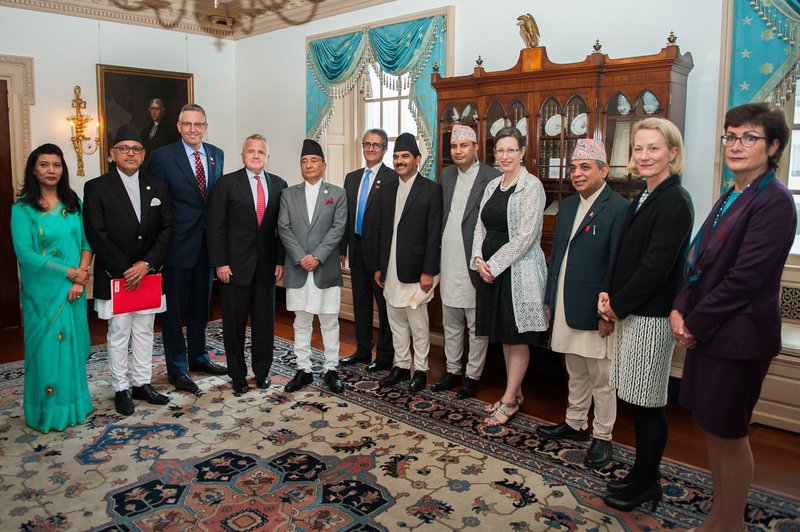 World AIDS Day 2022: The AIDS Response Is In Danger By NEW SPOTLIGHT ONLINE 9 hours, 50 minutes ago